The 7 Best Irish Pubs in Poland 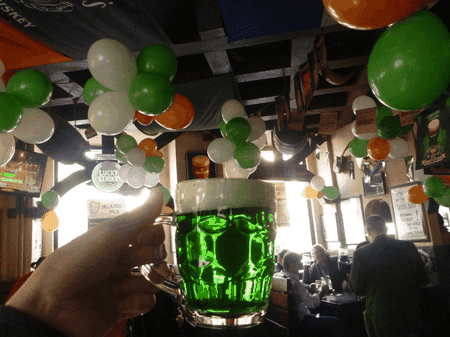 The Polish love to drink, and the Irish love to open pubs. Put those two things together, and you’re onto a winner. And while Poland hasn’t quite hit the quantity of Irish Pubs as the United States or Australia yet, there are still many Irish options in the major towns and cities of Poland in which to sample a quality pint of Guinness, savor an Irish breakfast or sip an aged Irish whiskey. Come March 17 when the famous Dzień Świętego Patryka (St. Patrick’s Day) arrives on Polish shores, these bars get packed out and often sell a special zielone piwo (green beer). And don’t forget to raise a glass proclaiming either Sláinte (in Gaelic) or Na Zdrowie (in Polish), as they both mean the same thing – “to your health” – proving that Polish-Irish love and synergy is alive and well.

Gdynia boasts some of the coolest new bars on the block, many with their own individual niche and style. As a result, the city’s trendy Irish option, Pub Donegal, lives up to any expectations an Irish pub could have, sitting centrally and having a typically Irish interior. Donegal Irish Pub is a great place to relax, drink Irish beer, watch sports on TV, and chat. It’s also open until 4 a.m. so this can be your late-night option. 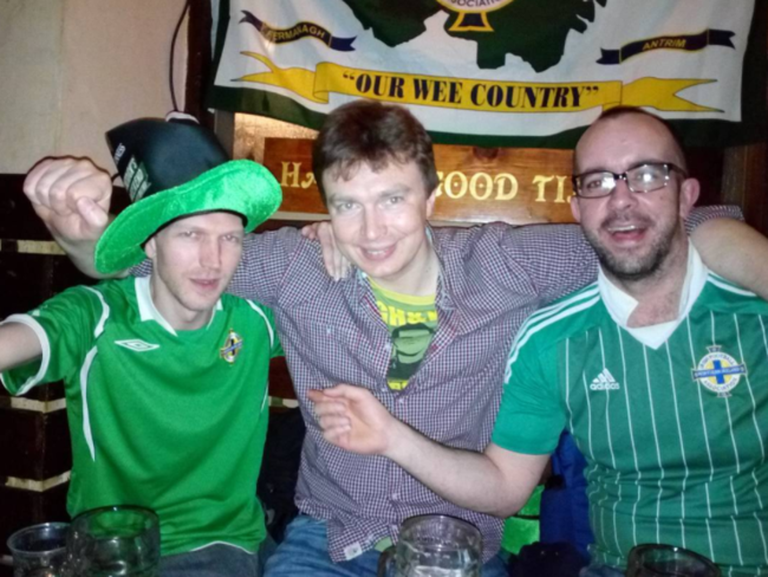 One of the most famous and oldest Irish pubs in Poland, Pub Irlandzki is a popular haunt on the edge of Warsaw’s Old Town. With its basic Irish décor and traditional booths, it’s like stepping into a quaint part of Belfast. Indeed as well as Murphy’s and Guinness on tap, Belfast Ale is sold here (though it’s made in Poland). Get chatting to the regulars who are a lively mix of Irish and British expatriates combined with Polish businessmen popping in for their little taste of Ireland. There are live sports on TV, and the bar has live Irish music from time to time.

With its striking green exterior, two floors packed with Irish quotes, photos, posters, scarves, flags and anything relevant to the Emerald Isle, The Carpenter Inn is an Irish pub straight out of a Cork textbook. What’s more is it gives a vibrancy to the Old Town of Olsztyn and has become a hugely popular haunt for locals who love to get a wee sample of Irish culture. As well as Irish beers and whiskeys, there are enough good Polish beers and vodka to satisfy all needs. The bar hosts regular events, and St. Patrick’s Day here becomes a spillover onto the street as the bar is just so busy.

Pub, Irish, $$$
Facebook
Email
Twitter
Pinterest
Copy link
Share
Map View
Gdańsk boasts a whopping four Irish pubs, with three alone in the area close to Ulica Długa, partly inspired by the Euro 2012 football tournament when the Republic of Ireland team was based in nearby Sopot and their fans partied here. It’s hard to choose which one is best, but Irish Pub Piwnica wins as it is housed in an underground cellar, is hidden despite being so close to the Golden Gate and serves a truly decent drop of Guinness. From the outside, it looks to be tiny and little more than a hut. Once inside, you see its a renovated cellar that also has a beer garden in summer and shows football and other live sports.
https://www.instagram.com/p/BAXBC4wnuyG/?taken-at=271011010
Open In Google Maps
1 Garbary, Gdańsk, Pomorskie, 80-827, Poland
+48583059139
Visit Website
Give us feedback 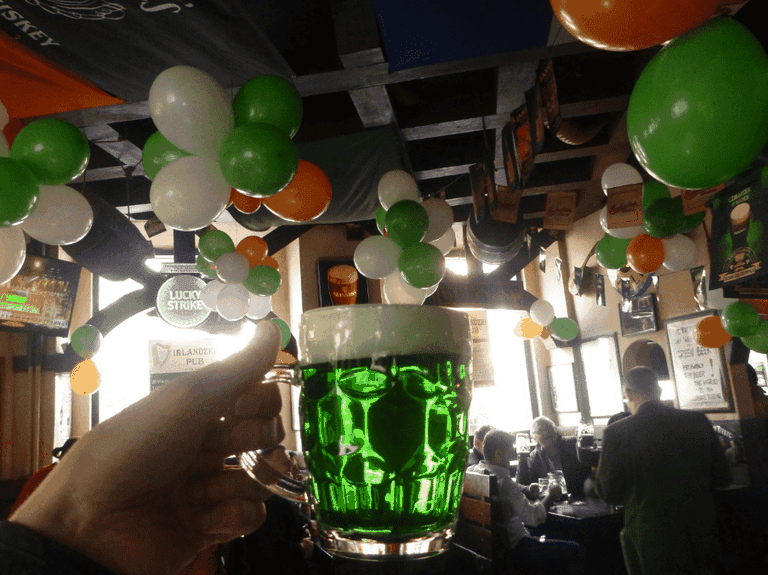 © Northern Irishman in Poland
Poznań also has a few Irish pubs, but none as stylish or huge as The Dubliner, which has a dark interior with brick walls and Irish posters aplenty. Live sports are shown daily including football and basketball. The hearty food menu has some Irish specialities intertwined with good Polish food. Beers on tap come from Ireland and Poland and the whiskey menu includes a variety of Bushmills, Jameson and Tullamore Dew.
https://www.instagram.com/p/8lQpA_mepl/?taken-by=dublinerpoznan
Open In Google Maps
80/82 Święty Marcin, Poznań, 61-809, Poland
+48618510169
Visit Website
Visit Facebook page
Give us feedback 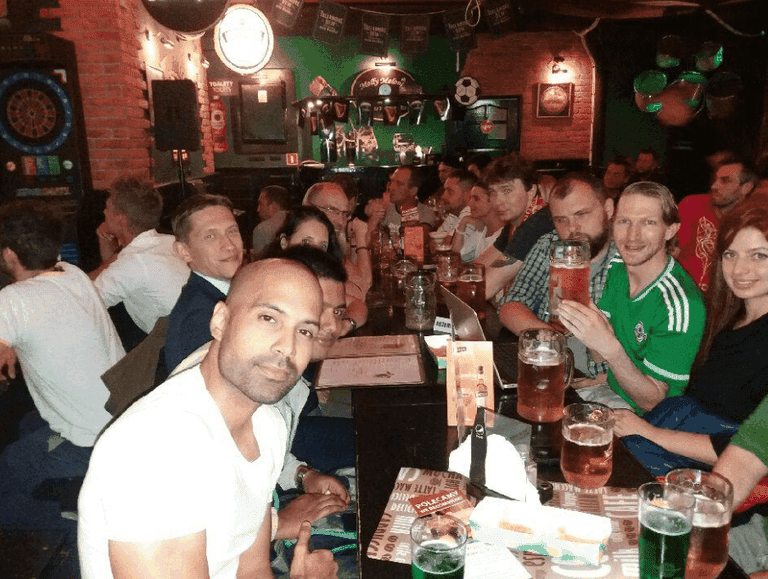 A second entry on the list for Warsaw, Molly Malone’s genuinely tries to be as Irish as it can, taking its name from Irish fishmonger Molly Malone. It sits just minutes from Warsaw’s Old Town and the famous Zygmunt’s Column located on the main street, Krakowskie Przedmieście. The downstairs section is just a narrow bar that serves good Murphy’s and Guinness. The upstairs is where the party really starts with big TV screens for sports and a makeshift dance floor when there is live music or an event on (for example St. Patrick’s Day). The beverage menu has a wide selection of Irish products, and green beer is available throughout the year. You guessed it – it’s just Polish lager with green colouring, but the idea of drinking it in a little slice of Ulster certainly keeps you perky. Molly Malone’s is as Irish as a bar in Poland gets. 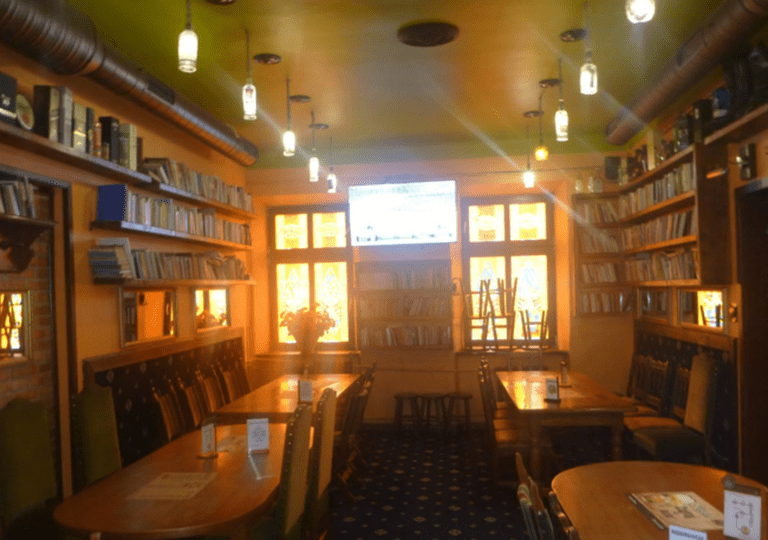 Irish Pub Galway, Rzeszów wins the award for best decorated Irish pub in Poland. Inside,
once you get up the stairs you will be awarded by a series of rooms, all with their own theme including a huge “library room” that boasts over 200 books, some of them by Irish poets. The other rooms are all decorated in a traditional Irish way – wooden planks, green walls, Irish posters and comfy seats. You can also sit at the bar, and the menu includes some Irish, Italian and Polish food to satisfy everyone’s taste buds. Good beers and whiskeys are served with that bit of Irish charm with a Polish twang and TVs show live sports, mostly speedway and football.