The 10 Best Bars In Praga, Warsaw

BIkes in Praga, Warsaw | © VnGrijl/Flickr
Once considered something of a dangerous and unattractive place, Warsaw’s Praga district has been an emerging cultural hotspot in recent years. Praga is now synonymous with things like alternative initiatives, social events, cool restaurants and original bars worth visiting. Here, we take a look at some of the hippest drinking spots in the area.
Praga district of Warsaw © Giuseppe Milo/Flickr

The interior of W Oparach Absurdu reflects the atmospheric and historical character of spots in Krakow’s Kazimierz, complete with its historic furniture, colorful carpets and intricate flower ornaments on the walls. All these decorations contrast with the building itself and the pipes that are visible on the ceiling create a curious, nearly absurd look that gave rise to this it’s name. Chairs, sofas and tables differ from each other, while the staff are young, fun, friendly and energetic. 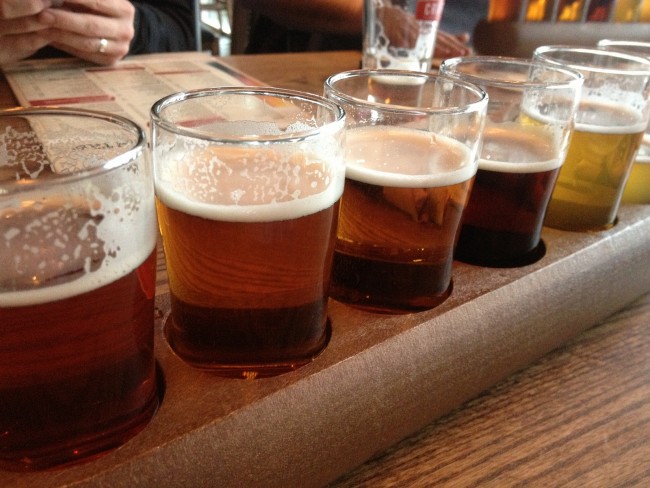 Bar, Pub, Polish, Pub Grub, $$$
Beer and snacks | ©Pixabay
Łysy Pingwin organizes different vernissages, theater workshops and concerts of well-known Polish musicians. It is a fusion of a pub, club, gallery and a culture house, and offers a wide choice of good beers and delicious grilled sandwiches, while the tenement house in which it is located has a long history, having been financed by Icchak Hersz Jahrman and built in 1880. From the original facade only the decorative balconies were preserved following a great fire, while the rest of the building was reconstructed in 2005.

Coffee Shop, Bar, Cafe, Polish, $$$
Cocktails | © ambernambrose/Flickr
4 Pokoje means “4 rooms” and this dive in Praga is accordingly spread over four separate spaces. Each of them has a different atmosphere, so everyone will find their favorite spot, whether that means an elegant and sophisticated interior, a modern and classy area, a colorful and original place, or a traveler’s room with map of the world printed on the ceiling. During the day, 4 Pokoje functions as a cafe with delicious coffee and tasty cakes, while by night it transforms into a buzzing bar with beer, vodka, cocktails, and snacks.
More Info
Open In Google Maps
19 Wileńska, Praga-Północ Warszawa, Mazowieckie, 03-414, Poland
+48505549472
Visit website

All of Praga’s bars have interesting names, such as Centrum Zarządzania Światem, or “World Management Center”. This pub is another great place in the Praga district where culinary experiences and cultural events come together, while the interior is decorated with street art and urban pieces, like lamps styled the same as the ones from Praga Park, or replica balustrades from nearby Targowa street. This place is great for a cozy poetry night, casual drinks or an evening of jazz music.

Za Kulisami is located in Praga Park, neighboring the zoological garden, just behind the Concert Shell. During the warm, summer days it is full of people who come there to listen to music, drink some beers and take a walk in the surrounding parkland. Apart from concerts, Za Kulisami also hosts many other events, like disco polo parties, jam sessions and samba nights. The bar is a cool place to spend summer evenings in a fun and relaxed atmosphere. 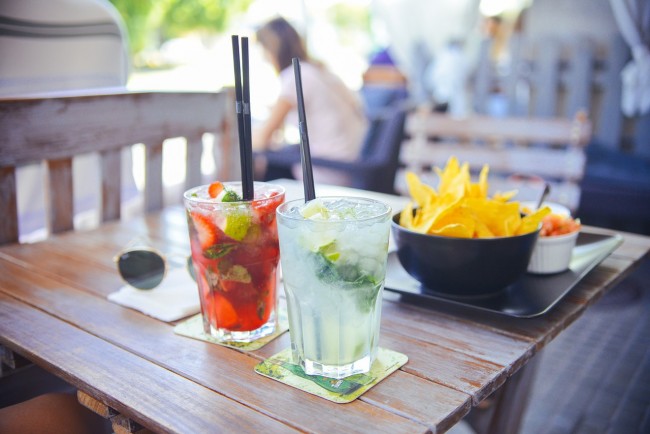 Bar, Nightclub, Pub Grub, $$$
Located in an old joinery workshop, Znośna Lekkość Bytu is a platform for art performers. The post-industrial building has four different rooms that change style depending on what’s being hosted that evening. There are a lot of music events that present different styles – from rock, through reggae, jazz and blues, to electronic music. The spiritual experience of art is enjoyed better with one of the drinks served at the bar, and Znośna Lekkość Bytu offers a wide range of alcohols, with a particularly broad selection of beers.
Looks like it's closed Hours or services may be impacted due to Covid-19
More Info
Open In Google Maps
30/32 Lubelska, Warszawa, 03-802, Poland
+48502060450

Pub, Polish
Skład Butelek | © Northern Irishman in Poland
Not only does Skład Butelek not look like an ordinary pub, but it isn’t one either. Industrial-chic furnishings, graffiti on the walls, and people chatting politics and philosophy form the backbone of this joint, making Skład a real cultural gem of the Praga district. Come here expecting lively conversation with a local crowd, or for a spot of fine people watching, great beer and to experience one of the quirky dives that has really put Praga on the bohemian map of Europe in recent years.
More Info
Open In Google Maps
22 11 Listopada, Praga-Północ Warszawa, Mazowieckie, 03-436, Poland
+48664324965
Visit website

Skamiejka is the most international spot in all of Warsaw’s Praga. It is a small place managed by a woman of Russian origin who aimed to create a space where people from all around the world could come and talk about travelling with a cup of traditional tea from a samovar. It is based on the idea of pielmieni – years ago in Russia there were local pubs where people gathered around the table with a portion of pielmieni, a typical Russian dish, and a shot of vodka. Today, this type of local joint has become popular again, and Skamiejka has proved something of a second home for travelers and ex-pats living and working in Warsaw.

Pub, Pub Grub
A variety of beer | © TheNerdPatrol/Flickr
Under the Poniatowski bridge, in one of the historical towers, there is climatic Pub Pod Mosteczkiem, which can accommodate up to 50 people. Most of the seats are located in the main hall, but there is also an upstairs room and a wooden entresol that have a more intimate atmosphere. For those who enjoy outside seating, there is a garden which is open even during the winter and heated with lamps. Beer lovers will feel right at home here too, as this haunt offers more than 180 different types of beer, including beverages from small, local Polish breweries.
More Info
Open In Google Maps
Śródmieście Warszawa, Mazowieckie, 00-411, Poland
+48606685137
Visit website

Sen Pszczoły is an artsy place. Spread over two levels, patrons here will find fascinating combinations of different styles. The basement’s decor is influenced by modernism, while the upstairs is a surrealist, dream-like place. The rest of the concept bar uses the patterns of Berlin’s post-industrial centers of alternative culture as a blueprint. Many musicians come to perform here, and there are also many cultural events, such as silent cinema nights, slam poetry, or meetings with travelers taking place throughout the year.