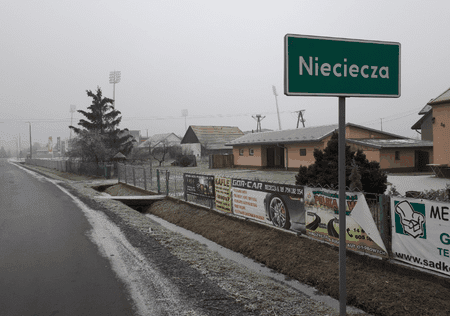 Football fans, have you heard of Bruk-Bet? No? OK, maybe you’ve heard of Termalica? Still no? OK how about the village of Nieciecza? No? Welcome to the world of “Termalica”, (full name Bruk-Bet Termalica Nieciecza Klub Sportowy) who play their matches in the smallest-ever village to boast a top flight football club in Europe. Read on to understand this fairytale.

With a population of only 750, Bruk-Bet Termalica Nieciecza is a football club from Nieciecza in Poland, the smallest village in history to qualify for the top level of a European football league (the former record was held by Czech team FK Chmel Blšany). They achieved this feat in 2015 when they reached the Polish Ekstraklasa after a continued series of promotions. Not just that, but Bruk-Bet Termalica Nieciecza beat the mighty Legia Warsaw 1-0 in 2017, here in this tiny village of Nieciecza. What’s their story? 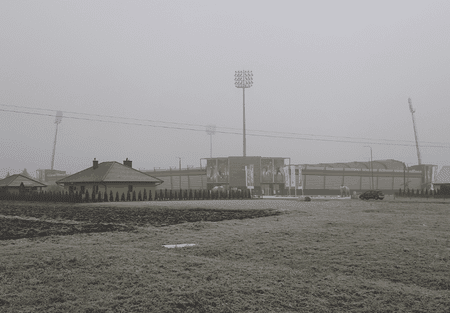 The club was founded way back in 1922 yet nobody outside the Nieciecza or Żabno area had really heard of them until the last 10 years. The first group that founded the original Nieciecza team included: Stanisław Nowak, Władysław Kaczówka and Kazimierz Wrzos. It should be noted that at that time the Nieciecza football team was the first in the area and its rivals back then, the team from the bigger town of Żabno were founded later. Nieciecza have been through a few name, owner and kit colour changes during the club’s history. In the early days, they did not have uniform or kits – each player had their own shirts and shorts. Red and yellow were adopted as the club colours at some point and during the Second World War, the Germans used the pitch and facilities as part of their war plans. 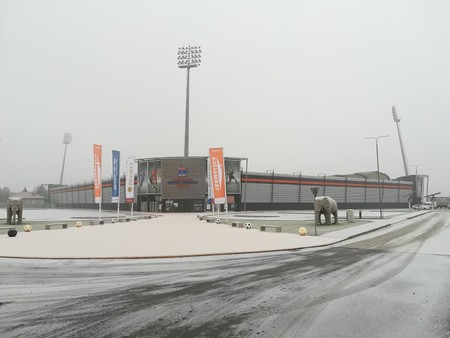 After the Second World War ended, sports activities in Poland became more organised and by 1947, the club was now known as LZS Nieciecza and they played in Nieciecza itself. The team’s official colours are currently orange and blue, but early colours included red and yellow and all blue.

In the first half of the fifties, LZS Nieciecza achieved great success and were promoted to the then regional class (today it would be the Polish sixth tier). Nieciecza played matches in Kraków, Tarnów, Bochnia, Tymbark and other nearby large cities, never being completely outclassed by the larger towns. However the 1970s were hit and miss for LZS Nieciecza and at some points, the team actually disappeared and didn’t play, but the village always had the pitch and by the 1980s the team was back and strong again. In 1983 they reached the regional “A” class for the first time, which although also the non-league fifth tier, is just one division off Polish National League football. 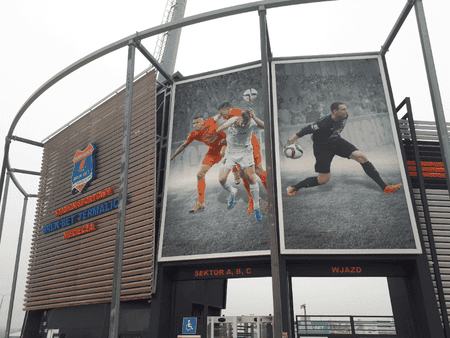 There was another name change in 1994, to LKS Nieciecza and later in the same year, backed by the sponsor Bruk Bet, the club became known as LKS Bruk-Bet Nieciecza. The sponsor from hereon would be the company Bruk-Bet, which is a large Polish architecture and design company who specialise in outdoor products such as paving stones, courtyards and walls. The rise continued from 1994, with the investment from Bruk-Bet having a huge impact, as the team climbed the leagues without even a relegation battle. The club adopted the elephant as their logo, they had a new badge, consistent colours of orange and blue, and were playing great football. 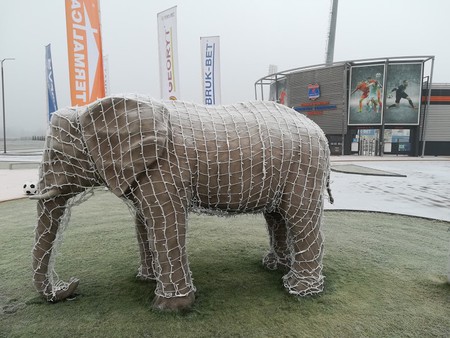 Two promotions in four seasons saw Nieciecza playing the fourth tier and it was now that the club and its owners truly believed they could take this team from a tiny village, of just 700 or so residents to the top flight. What happened next was nothing short of remarkable, as the team scored over 250 goals and secured over 200 points in the next four seasons meaning that by 2009, they were plying their trade in the I Liga, the Polish Second Division, just one step away from their dream. 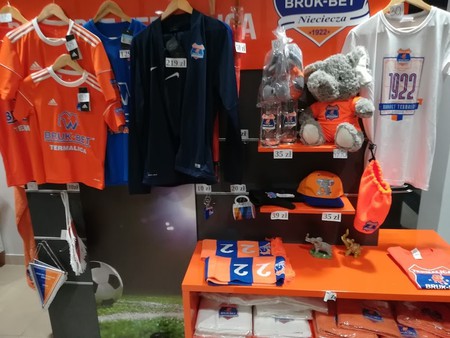 Promotion to the top flight in 2015

The dream became a reality in 2015, when in May 2015, Termalica secured second place in the I Liga, and so the club reached the top flight, the Polish Ekstraklasa, for the first time in its history in a remarkable fairytale. In the club’s first Ekstraklasa season, they finished a respectable 13th and they now boasted a stadium which seated the minimum amount required for the top flight, with around 4,600 capacity at their huge arena in the middle of Polish countryside in tiny Nieciecza. The stadium also has model elephants outside it, this is the club emblem and mascot as well as being the logo for the company Bruk-Bet. In June 2017, the club achieved their highest ever position, eighth in the Polish Ekstraklasa. 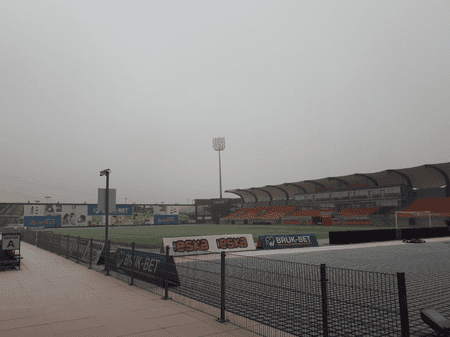 Tourists as well as locals are welcome to watch Bruk-Bet Termalica Nieciecza play at home. The stadium holds around 4,600 and tickets for big games (against teams like Legia Warszaw, Wisła Kraków and Lech Poznań) might sell out quicker. However, it is a supporter focused club, with a large car park and a friendly club shop and mini cafeteria by the stadium. Transport wise, there are no regular public train, bus or mini-bus routes to the stadium itself. Some buses run from nearby Żabno and Tarnów, but the best way to get to this stadium is by car or taxi. For football groundhoppers, this is truly one of the most incredible experiences in European football. 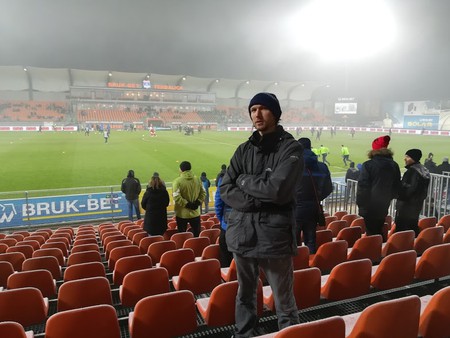 Now that Bruk-Bet Termalica Nieciecza are into their third season of top flight football, things are looking good for the club. Finances are strong, attendances are good and they even have room for expansion. The stadium only has two seated ends, so they have the opportunity to build two more stands should the club continue to succeed. Plus, in the 2017 – 2018 season, Termalica Bruk-Bet Nieciecza’s stadium is being used every week. Another local team, this time Sandecja Nowy Sącz didn’t have a stadium which reached the requirements for the Polish top division, so they groundshare with Termalica. The dream will be truly fulfilled if one day Termalica win a domestic trophy or qualify for European competition. Watch this space.