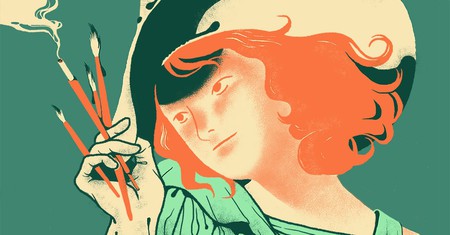 Famed for her innovative and enduring artwork and tumultuous biography, this exceptional Polish artist broke the mold for female artists in the early 20th century. We take a look at Tamara de Lempicka’s life and works.

The intriguing events from the life of Tamara de Lempicka often overshadow the significant contribution she made to the development of modern art. Loosely defined as an ‘Art Deco’ artist, de Lempicka revolutionized the portrait style; more specifically, the role of subject as a liberated and independent woman. Her work is difficult to classify and features elements of traditional Art Deco (such as the nude female body) but also Cubism and other stylistic movements of the early 20th century. Embracing the ‘synthetic cubist’ method with small geometric planes of strong color, the trained artist created compelling works which are immediately recognizable. Yet more importantly, De Lempicka challenged the limitations imposed on the art and life of a woman.

Tamara de Lempicka was born Maria Gorska in Warsaw, Poland, in 1898. Introduced to art at the age of 12, her mother had paid for an established painter to create her daughter’s portrait. Unsatisfied with the results and convinced that she could do better herself, de Lempicka set out on a task that would subsequently carve out a successful, if tumultuous career. She married young and gave birth to her only child — a daughter named Kizette while living in St. Petersburg. Forced to leave the city as a refugee during the Soviet Revolution, she fled to Paris through financial necessity and learned to paint, exhibit and sell her works. 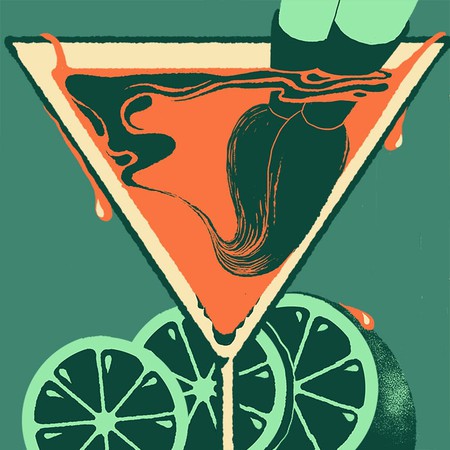 De Lempicka first engaged in formal artistic training at the Académie de la Grande Chaumière with post-symbolist French Nabi painter, Maurice Denis. She was taught the principles of the group of artists known as ‘Les Nabis’, Parisian Post-Impressionist artists who stressed the importance of graphic art and design within painting. Andreé Lhote, another mentor for de Lempicka, had the most significant influence upon her seemingly simple Art Deco style. Lhote was a mute French Cubist painter and sculptor who revised and corrected Cubism into a more ‘safe’ and receptive style of painting. Using strong ‘bourgeois’ colors, Lhote encouraged the reconciliation of the iconography associated with the Salons and the avant-garde cubist experiments of Pablo Picasso and Georges Braque. He created a type of cubism which married the contemporary with bourgeoisie tastes, resulting in attractive and enticing artwork that did not alarm audiences in the manner of Picasso and Braque.

Infusing these various influences, De Lempicka’s manipulation of the subject in such works as Autoportrait displays her talent for subverting pictorial content. Created in 1925, the image has become symptomatic with the freedom and decadence associated with the roaring 1920s in Paris. Poised at the wheel of an emerald Bugatti, the power of the car becomes as important as the figure itself. Rendering the woman as a challenger of the male gaze, this self-portrait displays de Lempicka asserting herself and pushing forward through the frame. The New York Times called her the ‘steely-eyed goddess of the machine age’, and rightly so as her ambitions and motivations certainly matched those of new technologies of the time.

The 1920s was a period of both social and economic transition in Paris and this revealed itself in the work of de Lempicka and her contemporaries. She was a classicist, having long admired Renaissance painting, especially since her adolescent travels in Italy. But she astutely combined traditional portraiture with advertising techniques, photographic lighting and vistas of the architecture of great cities. Autoportrait (1925) was in reality not green, but yellow, and not a Bugatti but a Renault. A strong believer in making your own fortune, a famous quote by de Lempicka states; ‘there are no miracles, there is only what you make.’ She reveled in her own success, enjoying high society, decadent living and passionate love affairs. Indeed, her art and her name have become synonymous with the hedonistic lifestyle of the roaring twenties and the Art Deco movement.

Tamara de Lempicka painted the portraits of those she encountered and associated herself with: the rich, the elite and the famous. It was the years between the 1920s and 1930s that she produced her most critically praised and notorious works. During this period she also garnered many awards such as the first prize at the Exposition Internationale des Beaux-Arts in Bordeaux in 1927 for the painting of her daughter entitled Kizette on the Balcony. Four years later, she received the bronze medal at the Exposition Internationale in Poznan, Poland, for another portrait of her daughter entitled First Communion (1929). 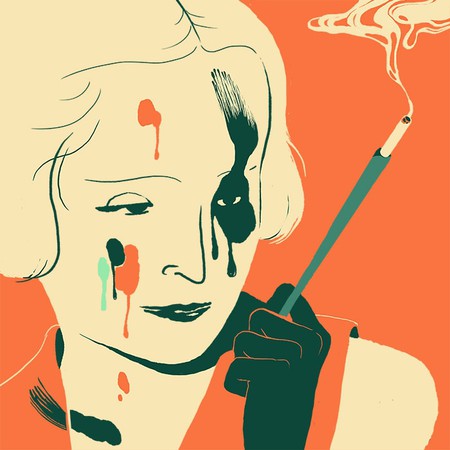 Newly married to her second husband, the Baron Raoul Kuffner, de Lempicka moved to Los Angeles, California in 1939. The artist became known in America as a dilettante who had taken painting as a hobby, rather than an established talent in her own right. With the country’s attraction to titles, her social status was far more intriguing to the upper classes and so de Lempicka’s credibility as an artist began to waiver. As her production slowed, she disappeared from the art world for nearly twenty years. She made a brief reappearance in 1960 with a turn at abstract art in a bid to reclaim her artistic reputation. When the work was exhibited in 1962 at New York’s Iolas Gallery, it was met with critical contempt. After her husband’s sudden death, de Lempicka gave up on painting as a career, moved to Mexico and unfortunately never exhibited again.

Whether she was an art eco artist, a neoclassicist or post-cubist, de Lempicka ultimately struck a chord with a cosmopolitan public that found its own image reflected in her work. The artist pioneered a new vision of life in respect to the new and self-confident woman, changing aspects of femininity and masculinity. Not only did the artist paint portraits of modern women, she lived like one herself. De Lempicka’s work is often inseparable with her life. However, what should always remain the primary focus is the way in which she transformed artistic technique and form into revolutionary methods of representation in the Art Deco era. Like those who came after her (such as Madonna Ciccone, who was one of her biggest collectors), she paved the way for strong, successful and independent women symptomatic of their time. Along with contemporaries such as Coco Chanel and Simone de Beauvoir, the artist redefined what it meant to be a woman and an artist. Her legacy will live on through her spirited, original paintings.