Next to Paris, Milan, London and Antwerp, Warsaw could very well be the next major European fashion capital. It has stood out as a creative voice within Eastern Europe for many years, and now it is taking on the fashion world. We’ve come up with a list of 10 Polish fashion designers to keep an eye on as the industry continues to grow. While each has his or her own perspective and style, together they make up the face of Polish fashion today. 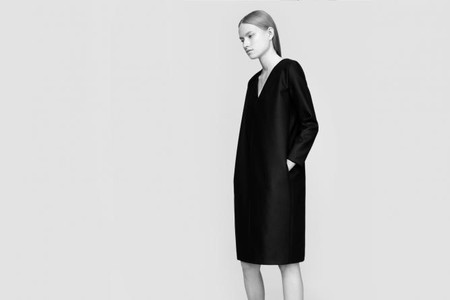 Founded by Anna Dobek and Agata Macios, NON embodies minimalist fashion design. The brand’s aim is to create simple and functional fashion that results in a number of classic pieces. Fabrics, namely merino wool, come entirely from Poland and retain the functionality of the garments as they are warm, yet breathable, as well as hypoallergenic. Those of us who enjoy simple cuts and timeless pieces will immediately be a fan of NON. Clothing is produced locally, which gives the brand a stamp of ecological and economic awareness. Three words to describe NON? Simple, elegant and well-made. 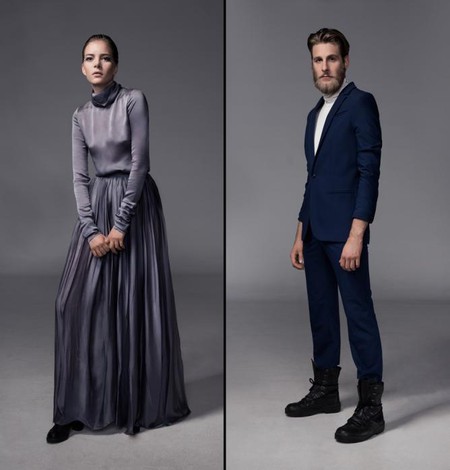 Having presented her collection “Senses” at the prestigious Altaroma fashion show in Rome, Italy last year, Natasha Pavluchenko is gradually making her mark on the fashion world. Pavluchenko’s designs showcase a mixture of tough and soft through a variety of textures and colors. Geometric cuts are contrasted with flowing ones, while heavy materials are combined with light ones. Designing for both women and men, Pavluchenko tries to incorporate personal style into her designs. Her work is romantic, balanced and wearable. 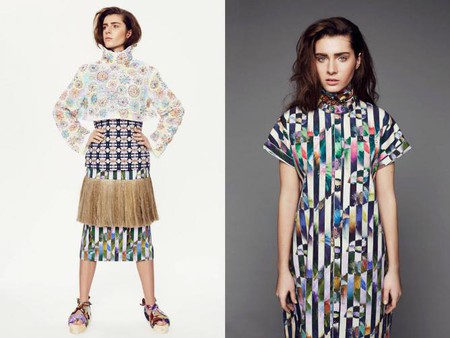 A recent graduate from the Warsaw Academy of Fine Arts, Kasia Skórzyńska works with her sister Julia under the brand Kaaskas, a clothing and accessories company established just this year. The looks created by Kaaskas have a contemporary aesthetic without playing it safe. The forms of the garments are new and are complemented by intricate textures and folky self-made patterns. Women wearing Kaaskas clothing feel confident and unafraid to stand out. Three words to describe Kasia Skórzyńska’s designs? Bold, cool and fun. 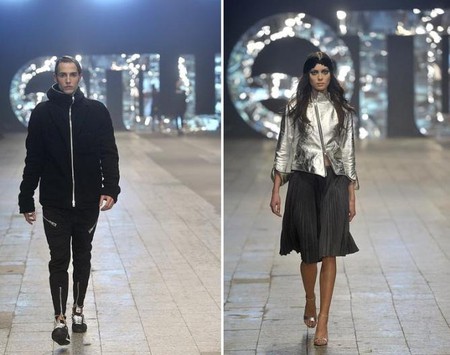 Robert Kupisz is the designer and founder of the Polish clothing brand Qπш established in 2011. Kupisz’s designs can be categorized as bold street fashion, as he incorporates layers of clothing in his styling with a distinct rock ‘n’ roll flair. The clothes are casual, and the style is youthful with a throwback to teenage rebellion. Kupisz incorporates large oversized shirts, big zips, hoodies and spiked collars into many of his looks, making the statements scream sex, drugs and rock n’ roll. 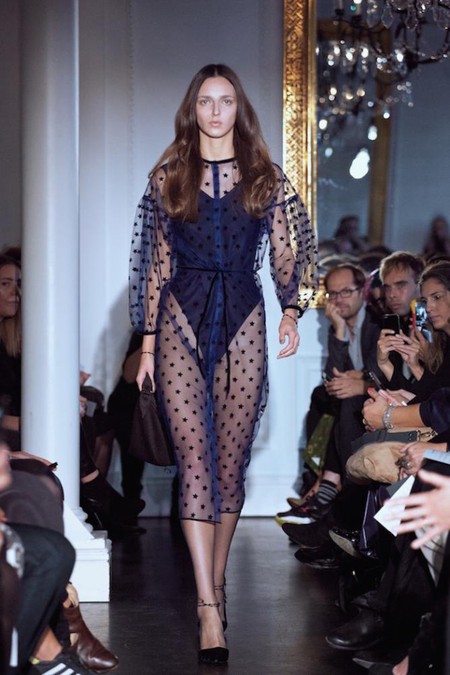 In no sense of the word is Ania Kuczyńska a ‘novice’ to the world of fashion design. Having worked in the sector since graduating in 2000, from schools in both Paris and Rome, Kuczyńska has made a name for herself as a champion of minimalism and a prominent Polish fashion designer. Inspired by city life in Warsaw, her garments are often black and different shades of gray, using color to only give a subtle surprise and accent. Kuczyńska seems to have in mind a woman who pays attention to and finds beauty in the details. Three words to describe Ania Kuczyńska’s work would be: subtle, serious and mysterious. 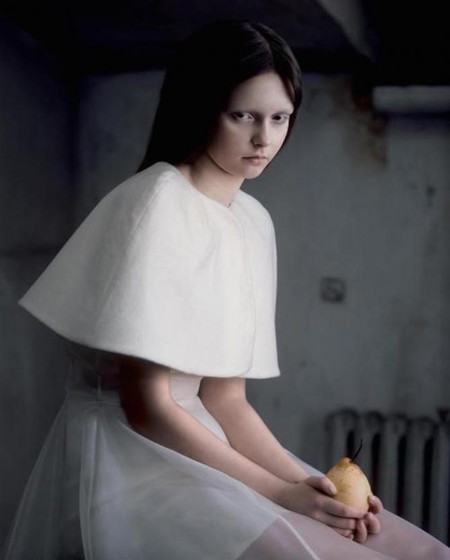 With a degree in Psychology of Creativity and Art from Jagiellonian University, Cracow (and having graduated from the International School of Costume and Fashion Design in 2010), Asia Wysoczynska has all the right ingredients for becoming a great fashion designer. Her most outstanding pieces are sculptural, yet she manages to maintain a level of subtlety in her work. Wysoczynksa designs for those who find beauty in simplicity and melancholy. Asia Wysoczynska garments are effortless, subdued and structural. 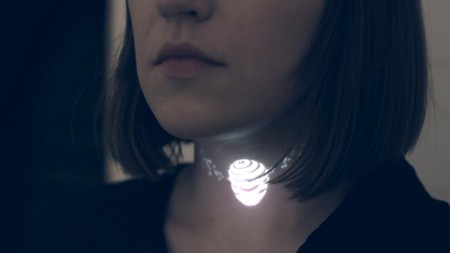 By no means a brand strictly dedicated to fashion design, PanGenerator defines themselves as a new media design and art group based in Warsaw. Their recent project ‘Neclumi‘ is a remarkable example of the beauty that can be found in the relationship between technology and fashion. Neclumi is a digital necklace formed on the wearer’s body by light projected from their phone. The shape of the projected light changes with different inputs, such as walking speed and sound. The design is made for anyone to wear, but especially for those stylish techies out there. This piece is whimsical, interactive and innovative. 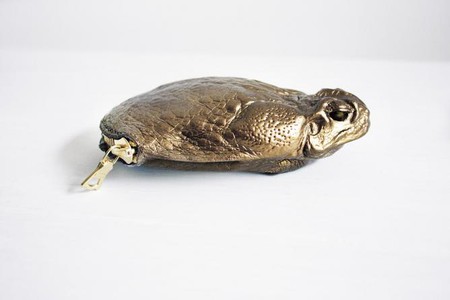 Monika Jarosz is a luxury bag designer who tests the boundaries between fashion and ethics in her controversial accessories. Using the skins of wild toads, Jarosz creates colorful and slightly grotesque bags and accessories. The skins are taken from toads that have been found to be harmful to the ecosystem and are routinely and selectively killed by animal defense associations. The skins of these toads are then recycled in Jarosz’s pieces and transformed by taxidermists, undergoing more than 14 stages of tanning and transformation. These pieces are not for the faint of heart and in three words could be described as macabre, controversial and powerful. 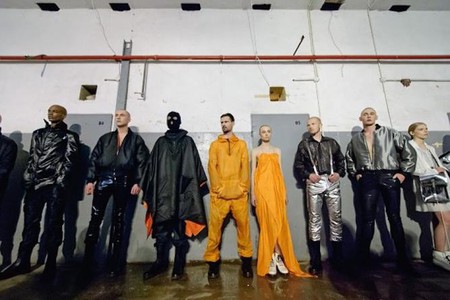 Maldorar is a young fashion designer who is quickly getting noticed for his unusual approach. Creating flashy urban street wear, Moldoror is not afraid to be himself in a world of luxurious fashion brands, claiming himself to be the king of low couture. He seems to create collections for subcultures and in his debut 2012 fashion show at Łódź Fashion Week, Moldoror had his models line up against a wall, where viewers could walk around them to get a closer look at the clothing. Moldorar is truly daring, rebellious and street.

With the aim of creating artistic pieces to be enjoyed and worn by everyday people, Konrad Parol is a designer with a passion for creating impeccable menswear. Designing for the brave, Parol works with luxurious fabrics such as pure silks, wool, cashmere and natural cotton. His work is often sporty, with garments including bomber jackets and shorts, and with touches of metallic gold featured in his collections, he elevates casual looks to a cool new level. Three words to describe Konrad Parol’s design aesthetic would be: funky, fresh and creative.