What You Should Know About Norwegian Pop Singer Aurora 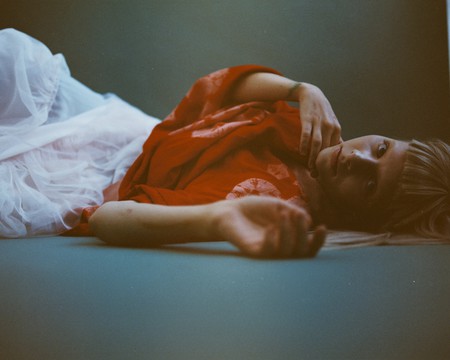 If her performance at Coachella this summer was any indication, Aurora is fast becoming an international phenomenon. As her latest single ‘Forgotten Love’ was released with Decca Records, we spoke to the Bergen-based singer about capturing the most elusive emotions, growing up inside a Norwegian forest and what it takes to make the perfect music video.

She has been compared to Björk and Florence Welch. One look at Aurora performing, and it’s not difficult to see why. The 24-year-old singer’s stage presence is both eccentric and soft, compelling and fragile. Not one to shy away from kookiness, Aurora can look at home both at a medieval castle singing a rendition of ‘Scarborough Fair’ and belting out pop anthems amid modern dancers in ‘Queendom’. With her latest single, ‘Forgotten Love’ (you can listen to it here), Aurora talks about making room in your heart for new memories and not feeling heavy or sorrowful about it.

I only write about the things that grind in my mind; the things I wonder about, or can’t figure out. Emotions I can’t explain, or the kinds of sorrow I can’t escape. Music is a tool in my heart to use against all of that. I think [about] my music, and [my] mind is very drawn to the dark side of things, because that makes me wonder the most.

Happy when sad. and sad when happy. 🌝 Photo by the Lovely @kristinatukan 🧡

They have grown with me (hopefully) as I have grown. It’s such a wonderful thing, putting emotions into words. How it’s a constant evolving thing. The meaning of my songs changes all the time. I’ve never been very personal in my music, but then again, I take everything personally. Matters around the world, the battles [with]in humans and dark stories I feel people ought to know about. One day I might write a very personal album. But I feel like I have to go through all the other stories first.

Thank you! I’m very involved in everything that has my name on it. Mostly because I have so many ideas and I always know what I want, or how my children should sound or look. It’s all a part of how I hope I am channeling people’s experiences in my music, in the right spiritual directions. I look for good people who understand where I want to go, and together we make it happen.

It was very different from any other festival I’ve performed at. I know in [regards to] certain songs of mine, not all people understand my music and I also definitely know that not all people understand me, and that is OK. At Coachella I was surrounded by a different world, almost like a different planet. It was exciting, and it was wonderful to see how the people who came to hear us play belonged with us, and how we all met together surrounded by the same strange world.

A lot. I’m so inspired by Mother Earth. I love her to death and I don’t know what I would do with myself if I didn’t grow up inside a forest. My home looks like a Norwegian folktale, and I’ve always had a strong connection to that part of my culture. 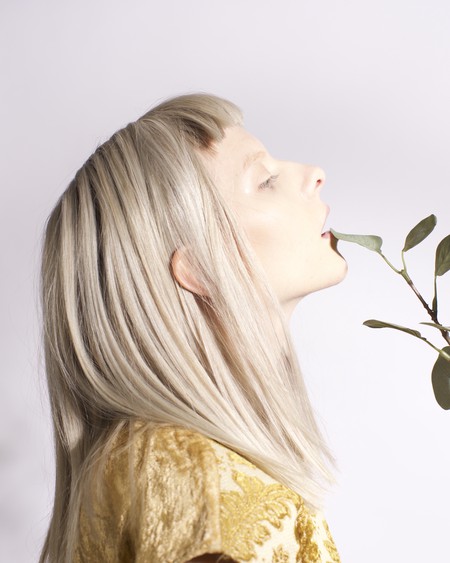 The singer has always been inspired by nature | © Morgan Hill Murphy

I do. I want people to care because I know that we do, as long as we have the capacity in us to care. Sadness, for example, takes a lot of space. So I care a lot about humans, and that we get the help and time we need to get better. If we help ourselves we can then help the world. It just needs to be done in the right way. We get told too much that we’re not doing enough. So I need to make sure it’s planted at the right time, in the right way. Show people how beautiful the world is, and we will fight for it. Show people how similar we are, and we would want to fight for each other.

It’s very much so. It’s about the world and everything that is alive in it. My wish would be for it to be a very empowering step. As my first album was a lot about dealing with your demons and accepting things as they are, this is about making choices for yourself. To tilt the mirror outwards and look around you, see that we are not alone, but part of a big family. I want people to realize their power. And use it. It’s all about the attitude against life, and obstacles. I take on a few sad stories in it also (as I always do) and ask questions. Why are we the way we are? And can we change it?

Always be yourself. Unless you can be a lion. Then you should be a lion. 🧚🏻‍♂️ 🌼 Another moment by @olav (i think?)

Enya, Leonard Cohen and Bob Dylan were the people I listened to when I was a child. I’m inspired by atmospheres and words.

I don’t find it challenging to do covers. It’s only a thing that makes you feel delighted. It’s like time-traveling and a way of keeping music from the past alive.

It takes a lot of hard work and sacrifice. So I would tell people out there to make sure that they can stand for whatever is being put out in their name and there are so many ways to be a part of the industry. If not a producer, then a writer. An artist. Or a singer. A manager, and band member. A painter, a designer. And if you want, you can do almost all of them. I did.

My new single Forgotten Love is out todayyyyy!! Yayyyyy! It’s so wonderful so finally be able to share this song with you. I want you all to hear the words, and hopefully they will do good things in your hearts🧡💛 I made a self portrait for this song, because I felt it was right. Like everything else this is a little moment in time – me, as I am now. And soon I will change….and later I will die🌹. And that is what makes it so special. Like all things that doesn’t last forever. But We are’nt afraid to love even though we know that will end too. Then we move on, and we fill the empty space with something new. It’s beautiful. It’s ever-changing. Like the ocean, and the winds. Its born, and then gone. And everything will forever keep going in that pattern. New life. New love. New children. It’s the beauty in forgotten love 🧡 It’s on ITunes and Spotify now ! 🧡

AURORA will be performing in the UK in the fall. To find out more about her upcoming concerts, visit her official website.