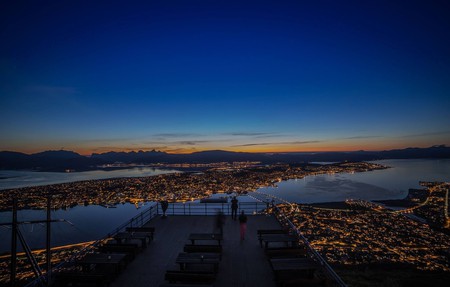 View of Tromsø from the Cable Car | Courtesy of Visit Tromsø

Sure, it’s probably not the warmest place in the world. But if you can brave the low temperatures, Tromsø, a gem of a city in northern Norway that has been dubbed “Paris of the North”, will give you many reasons to fall in love with it. To get you started, we’ve gathered eight of them below.

You can get an understanding of the Alpine life

Tromsø is home to Northern Norway’s oldest research institution, the Tromsø University Museum. It is is made up of four museums, each of them showcasing a different facet of the city’s and the area’s cool character (and we mean that both literally and figuratively). Among them, the Arctic-Alpine botanical garden will give you a chance to see how nature behaves above the Arctic circle, whereas the Polar museum will acquaint you with the area’s rich history in Arctic expeditions.

Then, you should head to Polaria, a striking museum and aquarium five minutes from Tromsø city center (you’ll recognize it from its very distinct design, which looks like ice dominoes falling on top of one another). In Polaria’s aquarium, you can see baby sharks being born! They also have a panoramic cinema, where you can watch educational (and gorgeous) films.

You can get closer to nature – like, real close

Now that you have a better understanding of the Alpine life, it’s time to get out there and experience it for yourself. There are many ways to get close to nature here. You can get a tour of the fjords and the Kvaløya island, which includes a reindeer ride, or you can go dog sledding at the edge of Tromsø and emulate your inner Roald Amundsen. 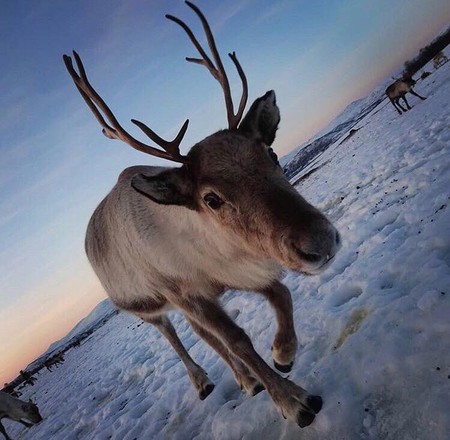 You can listen to a symphonic orchestra inside a cathedral

It’s not just about nature though, as the city of Tromsø is also a very cultural place. Apart from the world-renowned Tromsø International Film Festival (TIFF) that takes place every January, there’s also Nordlysfestivalen, a celebration of music in all its forms, from jazz to chamber music and from opera and symphonic orchestras to modern tunes. The Northern Lights Festival (as is its English name), also takes place every January – and it’s worth being in Tromsø during that time not just because of the music and the dancing, but also because of the locations chosen for the concerts and events. Once you listen to a symphonic orchestra inside a cathedral, you’ll probably be spoiled for life. 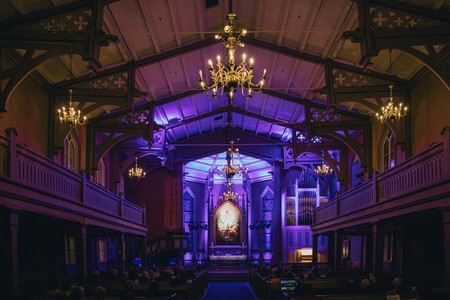 …or just fall in love with cathedrals in general

Tromsø has very strong cathedral game. Apart from the classically-built cathedral pictured above (which, by the way, is the world’s northernmost Lutheran cathedral), there is also the astonishing Arctic Cathedral. Ishavskatedralen is a bright white, triangular architectural gem has been compared to the Opera House in Sydney in terms of its iconic status (it’s also visible from an aircraft). When you’re inside the glass façade, looking out of the huge stained-glass window, there is no way you won’t get goosebumps. 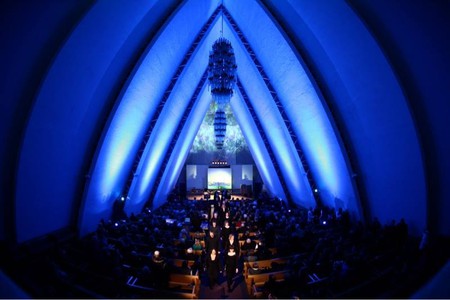 The Arctic cathedral in Tromsø | Courtesy of Visit Tromsø

You can get to know more about the Sami culture

The Sami are Northern Scandinavia’s indigenous people. They have their own language, recognized as one of Norway’s official languages, and a very vibrant culture – and when in Tromsø, you’ll have the chance to get to know them a bit better. You can visit the Sami Village by the mouth of the Rakfjord, play with reindeers and stay in a traditional Sami lavvu tent. Or you can join the fun of Sami Week in the heart of Tromsø every February, with reindeer races and concerts by Sami artists. In the summertime, you should not miss the Riddu Riđđu Festivàla, an international indigenous festival with a diverse program, including anything from music and films to workshops, literature, and performances. 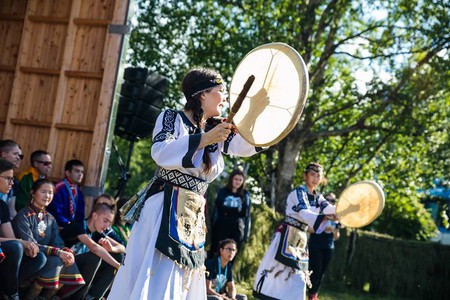 You can experience the Polar Night – and the Midnight Sun

Tromsø being over the Arctic circle, you’re in for a treat when it comes to light-related phenomena. The Polar Night here lasts from November to January, but an eerie twilight in the morning hours will help you explore the area. It’s a kind of blue you will learn to recognize, and even miss once you leave, as you will the pastel colors that fill the sky around sunset and sunrise. Then, as the days get progressively longer from January onwards, the Midnight Sun season sets in from May to July – and you can get your adrenaline fix with midnight boat rides, concerts, even marathons. 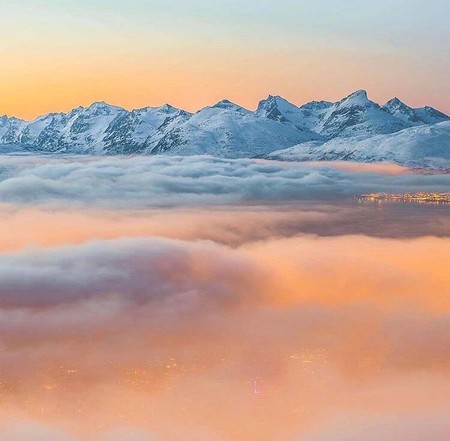 The light in Tromsø is magical | Courtesy of Visit Tromsø

You can, and will, see the Northern Lights

Tromsø is one of the best places in Norway to catch a glimpse of Aurora Borealis. The colorful phantasmagoria is best observed during night hours of the Polar Night season, but also in March. 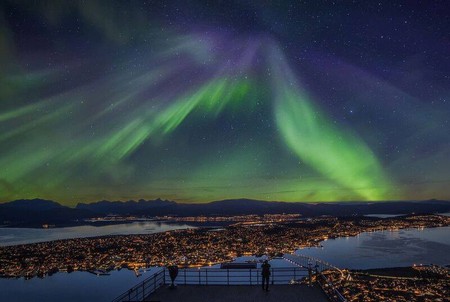 You can explore Lapland, Finland

It’s not called “gateway to the Arctic” for nothing. Because of its position, Tromsø is very close to the border with Finland – making it easy for you to explore Lapland, the impressive northern part of Finland. From skiing, to spending quality time with adorable huskies, and just taking in the beauty of the snowy wonderland, a trip to Lapland is definitely worth it. Tromsø, and Norway, will understand. 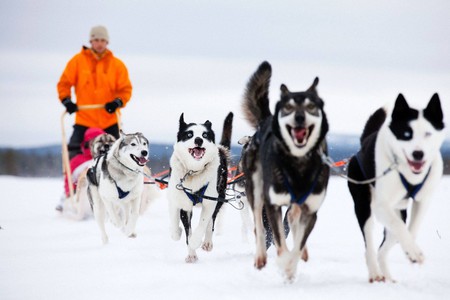 Having fun with huskies in Lapland, Finland | Courtesy of Visit Finland
Give us feedback