Top Things To See And Do in Kotor, Montenegro 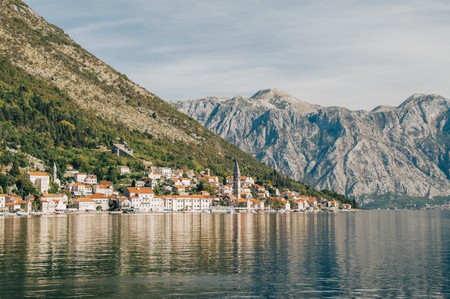 Kotor, known also as Cattaro, is a little fairytale place, tucked away in heart of southern Europe. This is the most beautiful and best-preserved town in Montenegro. Today, as in the 17th century, Kotor embodies the magical spirit of the Venetian empire, which ruled over Kotor for nearly 400 years. This is one of the rare places in the world where the past and present merge in the perfect union. In 2016 Lonely Planet named it the number one city to visit in the world, and today Kotor still remains the best story ever told.

A UNESCO World Heritage site, The Old Town of Kotor was built between the 12th and 14th centuries and it’s a beautiful monument itself. So, the first thing to do is wander the narrow, romantic streets of this historic gem of a town. Every corner of the old town hides a story just waiting to be told. Time stands still, so while passing under ornate balconies you yourself will be part of the magical scene. The Venetian saying: ‘’Tu me costi come i muri de Cattaro’’ (‘You cost me as much as the walls of Kotor’) perfectly describes the energy of the place.

Despite being a major tourist attraction, Kotor hasn’t lost its authentic charm. Kotor locals still meet in the town for coffee with friends, and laundry strung between stone buildings is a reminder that the ancient town is a living city.

Grab a wild strawberry or pomegranate gelato at Salvatore and explore the old town’s magical alleys. 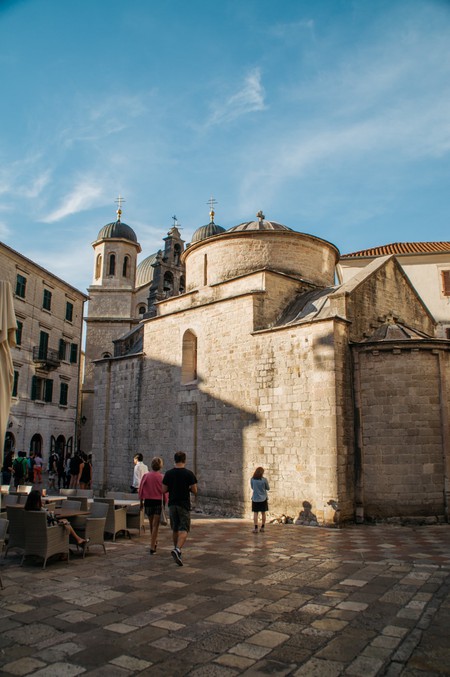 After exploring the magic of The Old Town it’s time to see those stunning streets from a different perspective. Climb the fortress of San Giovanni (also known as Saint John and Sveti Ivan) and the spectacular view of The Old Town and The Boka bay will truly take your breath away. The 1355 steps to the top of the fortress take you past a 15th century church, ruins of military buildings and finally to the top of the fortress, where a castle once stood. Aside from bragging rights after conquering the challenging hike, people come for the stunning views over the Bay of Kotor. And they’re worth every step. 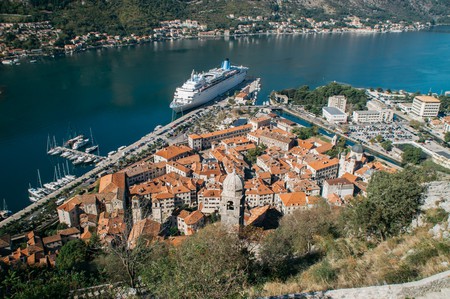 When you visit Kotor you can’t miss the town’s cats. Cat have always been a part of Kotor and now the Cats Museum of Kotor is a tribute to peoples’ love of their felines. The museum exhibits are from a huge collection which was donated by the Italian Countess Francesca di Montereale Mantica. There are postcards, posters, medals and sometimes live exhibits.

If you can’t get your fix of feline worship in the museum, head over to Kotor’s Cats by the Church of Saint Mary Collegiata (Crkva Svete Marije Koleđate) in Wood Square (Trg od drva) where there are always cats only too happy to be worshipped for a few minutes. 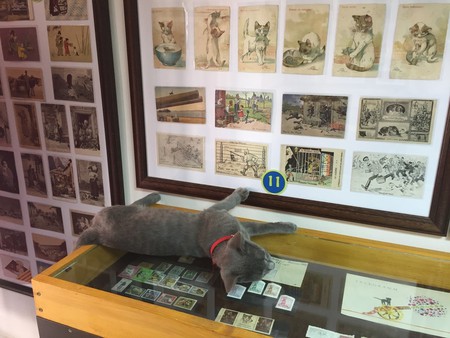 Saint Tryphon’s Cathedral (Sveti Tripun) is one of only two Roman Catholic Cathedrals in Montenegro. Saint Tryphon’s relics are kept in the cathedral and Saint Tryphon is the protector of Kotor. One of the surprising facts about Montenegro is that the saint’s relics were originally on their way to Dubrovnik from Constantinople, modern-day Istanbul, but didn’t get any further than Kotor.

For a couple of euros visitors can visit the inside of the church. Not to be missed is the upper floor which has a beautiful collection of local dress, weapons and artefacts. The upstairs balcony is also the perfect place to snap a few pics of the town. 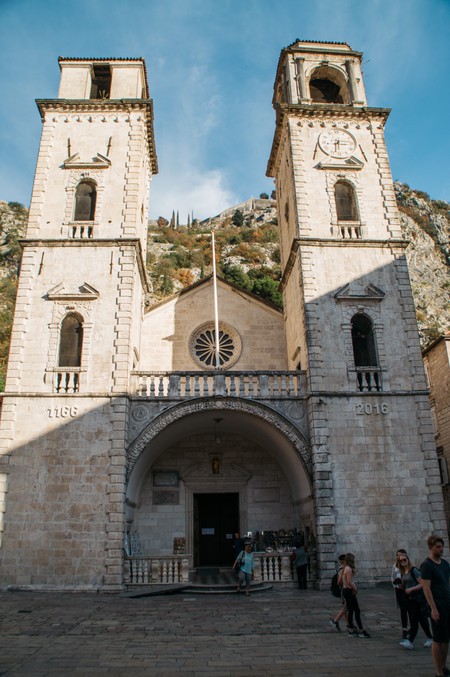 Sveti Nikola (Saint Nicholas) is Kotor’s Serbian Orthodox church. An impressive psuedo-Byzantine building which towers over the town, it’s easily recognised by its twin domes and the Serbian flag draping down its centre. The ornate church is younger than others in the town and was built in 1909. Entrance is free and it’s traditional to buy candles at the entrance for both living family members and those who have passed away. Kiss each candle, light it and then stand them in the candle stands at the back of the church. The top shelf is for the living, the bottom shelf is to remember the dead. 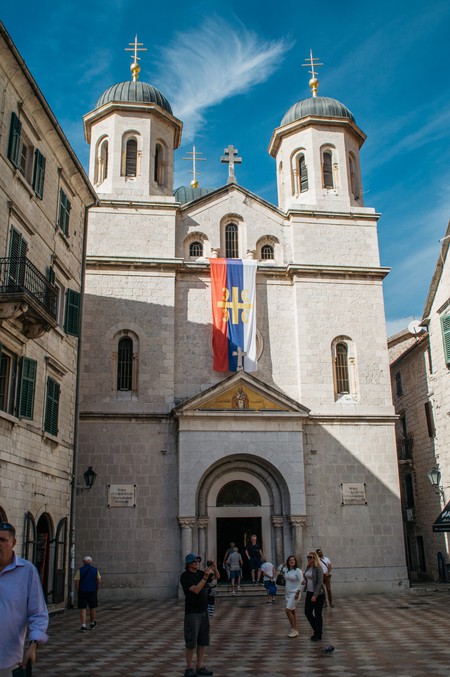 Beside the impressive facades of Saint Tryphon’s Cathedral and the Church of Saint Nicholas, it’s easy to miss the much smaller frame of Saint Luke’s Church. Sveti Luka, as it’s called in the local language, was built in 1195 and is an important symbol of unity for Kotor locals. The small church was built in the popular Southern-Italian style of the day and was a Catholic church. In 1657 it became an Orthodox church, but retained a Catholic alter and had services for both faiths. 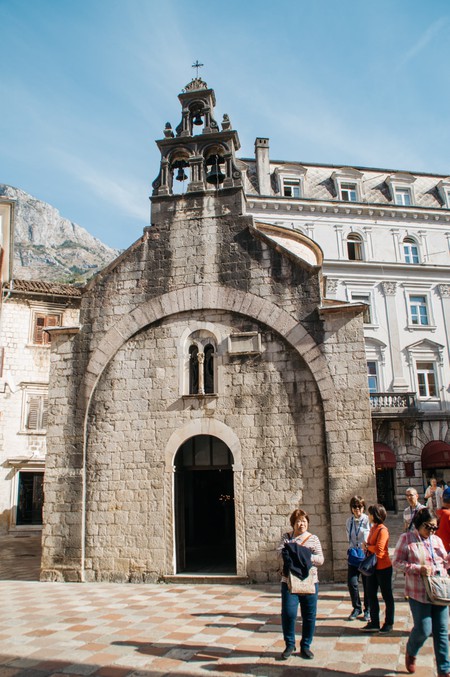 As an old Bay of Kotor saying goes: “When one dips a finger in the sea, one is connected to the whole world.” The sea has always been a way of life for the people of the Bay of Kotor. The opulent palaces lining the shores of Dobrota, Ljuta and Perast are proof of the riches the sea brought to this area.

The Maritime Museum in Kotor has an excellent collection of exhibits from the Bay of Kotor. More than just maritime pieces, the museum has traditional dress, coins, weapons and furniture. For a couple of euros visitors get an audio tour around the museum which covers three floors. 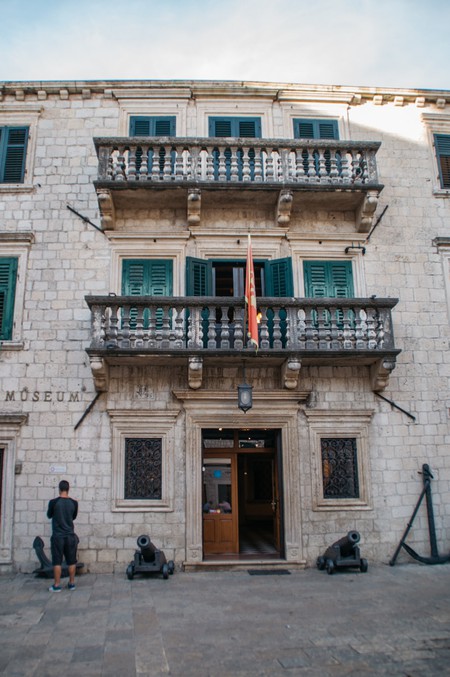 Take a boat trip to Our Lady of the Rocks

The story of this small island begins on 22 July 1452, when two sailors, returning to Perast from a difficult voyage, saw an icon of the Madonna and Child resting on the rock in the sea. That was a miracle for them, and they thought it was representative of a divine hand bringing them home. The sailors dropped stones around the spot where the icon was found, then slowly created an island and built a small chapel. It soon became a tradition for sailors to drop stones in the water around the chapel before a voyage.

The best way to see Our Lady of the Rocks is by taking a boat from Kotor. The ride there is both thrilling and scenic, and it’s a great way to see the Bay of Kotor coastline. 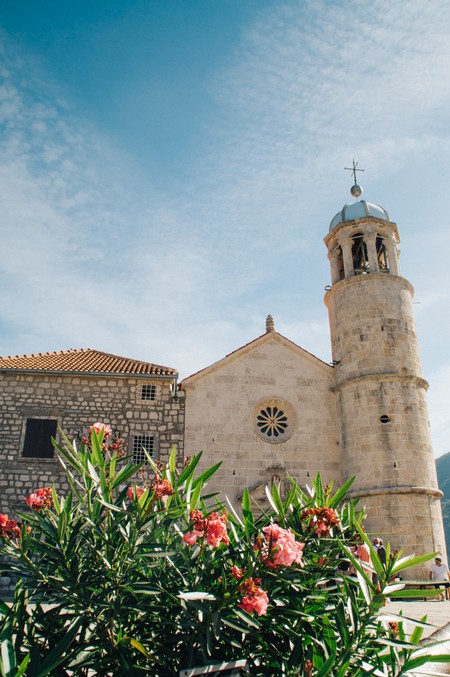 Our Lady of the Rocks | @passporttherapy / © Culture Trip

Hike or bike the Ladder of Kotor

Montenegro is an incredible destination for outdoor and adventure lovers. The Ladder of Kotor is an old caravan trail that used to connect Kotor with Cetinje (once the capital of Montenegro) and the rest of northern Montenegro. The switchback trail makes for a wonderful scenic hike and thrilling mountain bike ride. 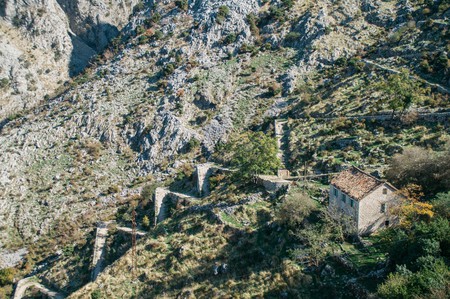 This article was originally written by Jelena Vukovic and has since been updated.