How to Celebrate New Year's Eve in Montenegro 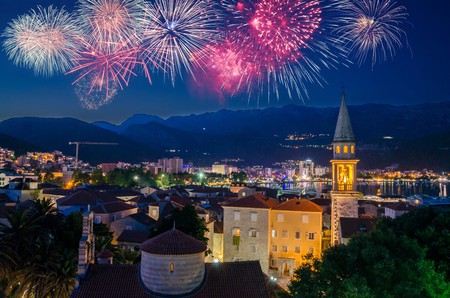 Montenegrins love to party, and New Year’s Eve is undeniably the biggest celebration in the Montenegrin calendar. Starting December 30, there are free open-air concerts around the country each night for up to four days. The mild climate means the coast is the place to be, with people travelling from far and wide to ring in the New Year in one of the coastal towns. Although it’s often called najluđa noć, the craziest night, revelries rarely get rowdy. Celebrations in Montenegro are all about good music, good cheer and fun for all. Here’s how to celebrate New Year’s Eve in Montenegro.

Budva’s old town hosts Montenegro’s biggest party on New Year’s Eve. Thousands of people head into the main square in front of the town for an open air concert by the Balkans’ most popular pop musicians, followed by a fireworks display at midnight. For an unrivalled view of the fireworks, head up to Crkva Santa Maria in the old town.

Trocadero night club is the place to check out the local club scene, complete with banging narodna musica, a popular pop/folk music mash-up.

Traditionally, Kotor’s old town is the home of rock and roll on New Year’s Eve. The town’s Trg od Oružja hosts popular rock bands from former Yugoslav countries like Serbia, Croatia and Bosnia and Herzegovina with an open air concert.

Elsewhere in the town there are restaurants and pubs to grab a drink and stay warm.

Letrika is a quirky pub that’s popular with backpackers, while hotels like Hotel Vardar have cosy tables for an intimate New Year’s celebration with friends or that special someone. After the big countdown, Maximus, a club inside the old town walls, has more music and dancing until dawn. 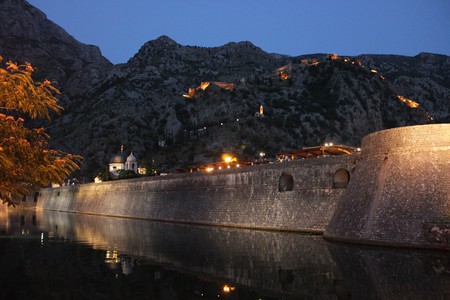 Tivat’s waterfront is the place to be on New Year’s Eve. With the backdrop of the Bay of Kotor, there’s an open-air concert by some of the region’s most popular musicians. Revellers can start the night at one of the outdoor cafes on the waterfront or get hot kobasice and kuvano vino (sausages and mulled wine) before boogieing until the big countdown and fireworks display at midnight.

Afterwards, the party continues in Tivat’s popular clubs. Those who like a pub atmosphere head to Club House or Black Sheep. Those who want to dance until dawn go to Platinum and Madame Coco.

Those who want to ring in the New Year in grand style head to the Regent Porto Montenegro for their annual themed party and ball. Every year there’s a fun theme, like the ‘Golden Years of the ’70s’ or ‘Parisian Cabaret’. The party starts with a welcome drink in the lobby, then a five-course dinner with entertainment in the ballroom. As midnight arrives, there’s a New Year’s toast and more dancing into the wee hours. 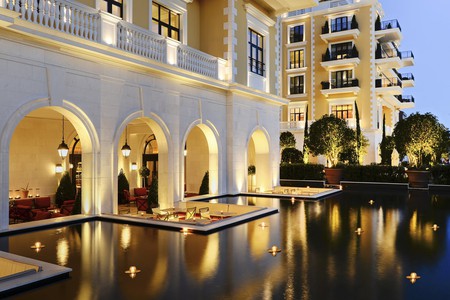 New Year’s Eve in the capital

Not to be forgotten, Montenegro’s capital, Podgorica, has its own celebration in Trg Nezavisnosti (Square of Independence). Podgorica locals gather in the square for an open-air concert and fireworks display, although with temperatures that can be a lot colder than on the coast, it pays to ‘rug up warm’. After rocking out in the square, it’s time to head downtown to Bokeška, Podgorica’s bar street.

New Year’s Eve in the snow

For a New Year’s Eve that’s less party and more winter holiday, Montenegro’s northern national parks – Durmitor and Biogradska Gora – are the places to celebrate. Each has a ski field, and, under snow, they’re they perfect places to cosy up by the fire and ring in a New Year with a glass of Vranac wine.