Exploring The Bay Of Kotor, Montenegro

Daniela Petracca explores the beautiful Bay of Kotor on south western Montenegro’s Adriatic Coast, in which cultural traditions are bound up with the peculiar landscape of the Montenegrin fjords. 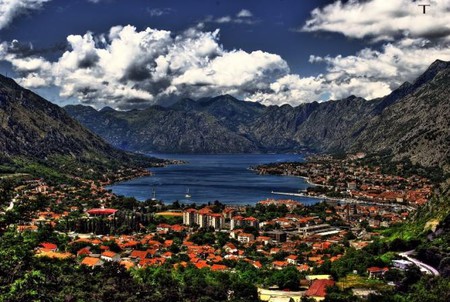 Between the mountains and the sea, on the narrow road that stretches along the bay of Kotor, people seem to be leading a horizontal life. From Kotor to Tivat, the road follows the undulation of the Montenegrin fjords for about twenty kilometres, like a river flowing alongside the sea. All houses are just a few meters away from the water with its promises of sailing and swimming; the dark mountains shelter their back gardens, both watchful and menacing, with thick clouds gathering on their summits. 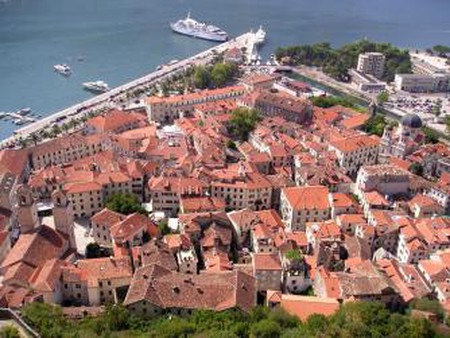 On the road people walk to the grocery shop or the ice cream parlour, alternating their gaze between the bay and the hinterland as though deciding which of the two is the most appealing. I lived in the middle. For a couple of days I camped in the garden of an old couple who would attract the few tourists in the area with their smiles and humble way of life. Early one morning, women strolled back and forth with occasional curious looks towards me on their way to or from their shopping trips. Much like the owner of the campsite, some donned black clothes from head to toe with both a sad and stern look on their dark faces. They were in mourning. It’s June and the heat can be felt even in these early hours. It makes you wonder whether part of the mourning ritual of wearing black clothing, even in the hottest months, requires a certain suffering and physical discomfort of the living in order to be closer to the dead. 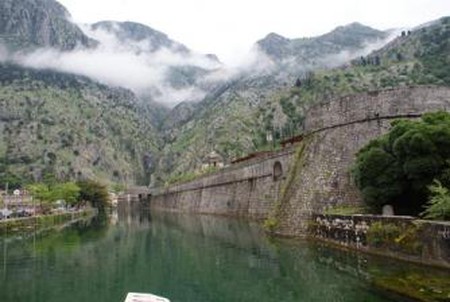 Montenegrins have a very strong sense of identity and don’t like being mistaken for any of the neighbouring ex-Yugoslavian cultures. Not many people could easily position this small country south of the Adriatic and the Balkans on a map, and yet it’s a place of great cultural richness and a magnificent diverse landscape. Ancient monasteries, some perched in natural locations of incredible beauty, were focal points of education and culture. The oldest literary work dates back to the 12th century and was written by a Benedictine priest. When I visited Cetinje, the old royal capital, I also learnt that the introduction here of a printing press in 1494 was among the first in Europe. Landscape and culture seem so connected, and the spirit of the country seems inextricably bound to both. Mountains sheltering monasteries, undulating coastline protecting small villages, old town walls following the sinuous ridges of the hills. 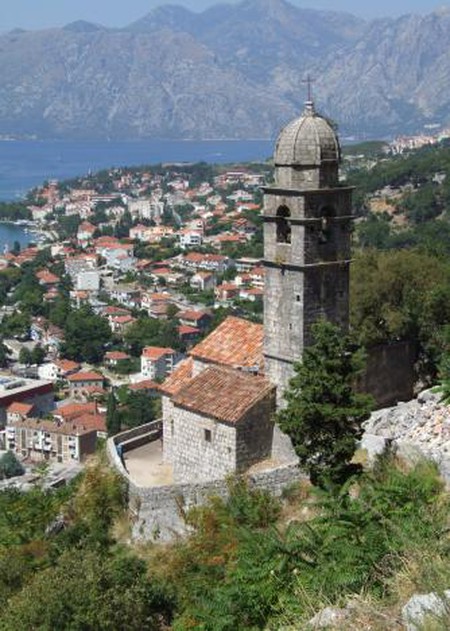 Punctually each day yet with variable timing, the bay of Kotor would be enveloped by a heavy wet spell. The strong wind would always announce it, but no matter how often one witnessed it, the sudden cloudburst that followed its warning would never give you enough time to adjust to the new shades and contours of the landscape. Kotor itself, just a few miles along the narrow road, was only partially visible in the storm. I visited this old city just the day before. In the morning I wondered the winding medieval streets of its old town in the familiar heat of a summer day. Local craftsmen and artists took pride in showing me their work as I slowly made my way up towards the fortification walls, from where I was promised a spectacular view of the bay below. Historically a city of traders and sailors, Kotor holds the charm of an unspoilt port town and as you stroll among old churches, aristocratic mansions and old guitar making shops, it’s hard not to linger in this postcard from the past a little bit longer than expected.

The storms here seem to last forever, although in reality perhaps no more than half an hour. The other side of the bay that only few hours earlier outlined the little fishing port of Perast, was now entirely swallowed by the rain. The horizon line moved so close I could almost touch it. Thunder and lighting accompanied the heavy clouds in their wanderings, and in the mist I spotted a local fisherman struggling to manoeuvre his small boat in the harbour. In the evening the air was crisp and the sky, emptied of its moodiness, offered a beautiful half moon. People resumed their walks along the only road, an eternal path of possibilities, and I wondered whether life should only be made of two choices, moving forward or moving back.