Can’t Get To China? Europe Has Its Own Great Wall 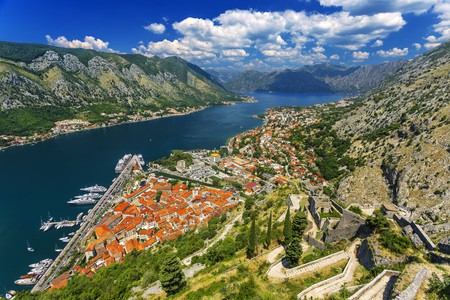 Kotor’s fortifications on San Giovanni, or Mount Saint John in English, date right back to the Illyrians, who ruled Montenegro until the 2nd century BC. The Illyrians built a fort at the top of the hill, from which they could protect the town. Construction of a fortified wall to completely protect the town started in the 6th century and was finally completed by the Venetians in the 15th century. 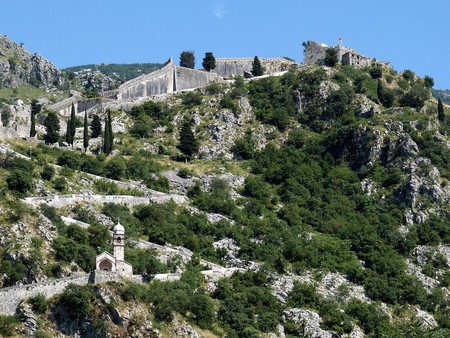 The wall makes a four and a half kilometre loop around the hillside and the town, completely enveloping it with stone walls up to 20 metres high and 16 metres thick. It’s no wonder Kotor has surrendered to invaders but never been taken by force. These walls are all but impregnable.

The fortifications are in surprisingly good condition considering their age and that they haven’t been repaired since 1918. Kotor, as well as the other old towns along the Montenegrin coast, was completely ruined in an earthquake in 1979 and had to be rebuilt, but the walls miraculously survived.

Although the walls blend into the rocky hillside during the day, they’re truly magnificent when lit up at night. 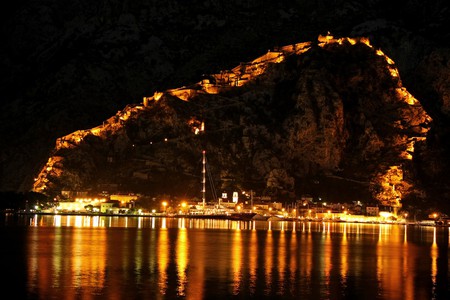 Today, hiking the wall to San Giovanni Castle has become a rite of passage for visitors to Kotor. Those who brave the 1355 steps have certainly earned bragging rights, this is no walk in the park. The hike is 1.2 kilometres and it takes around an hour of climbing to get to the top. But it’s worth every step.

Starting out from Kotor old town, the walls zig-zag up the hill and the views just keep getting better the higher you get. Conveniently located about 20 minutes into the climb, the church of Our Lady of Remedy, makes for an ideal stop for a breather. There’s a seat in front of the 16th century Roman Catholic Church, and some welcome shade on the church steps in summer. 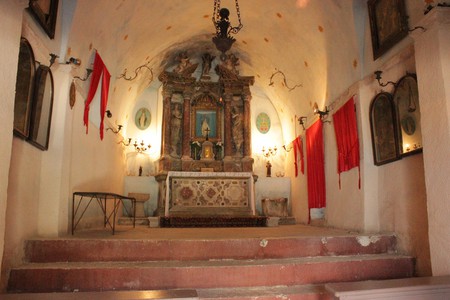 Just above Our Lady of Remedy, the view of the church and the blue Bay of Kotor with the green mountains is one of the most photographed views in all of Montenegro. The views from here are already stunning and, knowing that those from the top are even better, they give weary hikers an incentive to push onward to the top. 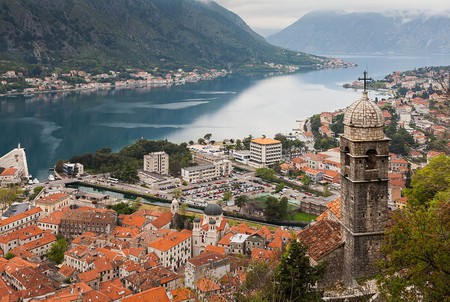 Although the fortress walls are impressive, the combination of the ancient walls, historical path and natural beauty is mesmerising. The hill has started to take over parts of the fortress and suck them back into the hillside so they almost become one. The path is flanked by verdant greens, wild fig trees and colourful wild flowers.

The hidden path that leads to treasure

Near the top of the hike there’s a fork in the path with a sign pointing to Sveti Djordje (Saint George’s) Church. This detour leads through a hole in the wall and down a rough path to the Ladder of Kotor, the old path farmers used to use when bringing their produce to Kotor to sell.

A quick scramble down the path leads to Saint George, a crumbling thousand-year-old church. The church is abandoned and it’s only a matter of time until its stone walls and frescoes are reclaimed by the mountain they were originally carved from.

The remnants of three-thousand-year-old Illyrian homes, wild fig and pomegranate trees and the tinkling bells of goats make this an idyllic detour. 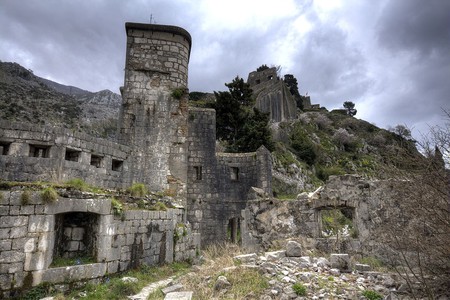 Once back on the path to San Giovanni Castle, it’s not much further to the top – and those breathtaking views. Little remains of the castle, but up here it’s all about those glorious views. Across the bay, Mount Vrmac shelters the villages of Muo and Prčanj. Far below, the town of Kotor sits in a sea of turquoise, while yachts and speed boats glide back and forth. 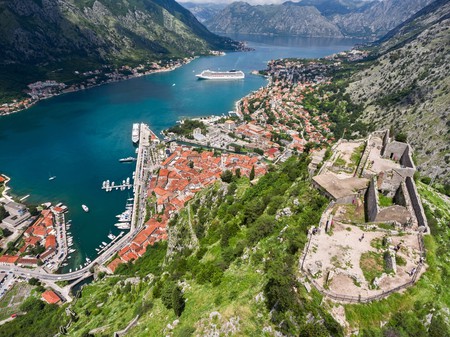 Hiking Europe’s great wall is an unforgettable experience while in Kotor, and there’ll always be well-earned coffee and gelato waiting for you at the bottom.