The Most Beautiful Towns In Luxembourg

Despite its small size, Luxembourg is home to a huge array of stunning scenery, quaint towns and peaceful villages. Taking a trip out of the capital means seeing a different side of Luxembourgish life, one filled with pastoral idylls, raw natural beauty and crumbling castles. These are the most beautiful towns in Luxembourg that everyone needs to explore.

The pretty town of Clervaux in northern Luxembourg looks like a scene straight from a fairytale: a cluster of white buildings nestle among the hills and pointed towers rise into the sky. With a population of less than 1,500, the area is relaxed and peaceful, but still there’s plenty to do here. The historic Abbey of Saint-Maurice and Saint-Maur are nearby, and the town is home to the Battle of the Bulge Museum, which commemorates the turbulent times of World War II – the town saw heavy battle during the war. If you’re interests are artistic rather than historical, Clervaux Castle is home to The Family of Man, a photography exhibit curated by Edward Steichen that’s so important it’s been granted a place on the UNESCO Memory of the World Register. 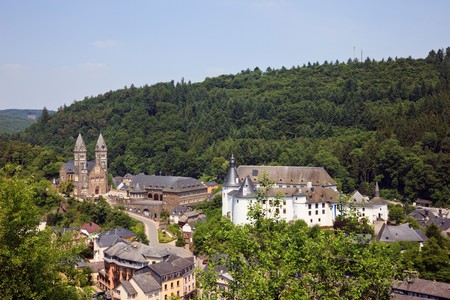 This town lies at the heart of the Grand Duchy territory of Luxembourg, and it’s traditionally been the second-most important transportation hub for the country (second only to the capital) as it’s based around the intersection of three rivers – the Wark, the Sauer and the Alzette. Despite this, it’s still quaint and cosy, with pastel buildings lining the waterways. The city hasn’t always been so peaceful: it was occupied by Germany in 1940, briefly liberated by US troops in September 1944 and then retaken again by the Germans just a few months later. However, they only held it for little more than a week; on Christmas Day 1944, US General Patton led forces into the town to liberate it for good. Ettelbruck’s pretty main square bears the general’s name today, and the city holds a Remembrance Day in honour of him and the others who secured their freedom every July. Wander across the arched bridges and admire the natural landscape and narrow streets around you, and don’t miss Ettelbruck’s ancient parish church: the building is beautiful, and you can find tombstones dating back over 600 years here. 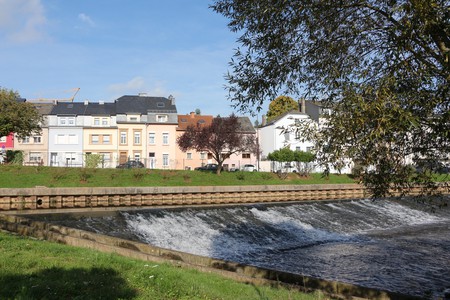 This elegant town, sitting on the banks of the Sauer river, is the perfect country idyll: surrounded by lush greenery, these charming cobbled streets and historic passageways give visitors a glimpse into authentic Luxembourgish town life. Traditional squares in the town centre play host to summer public concerts and folklore readings. The town is also home to the National Museum of Military History, which is well worth a visit year-round. While walking through the town, look out for signs of the town’s mascot, a donkey – there’s a fountain bearing its image that’s the meeting point for the colourful annual carnival parade, and a rather unique statue. 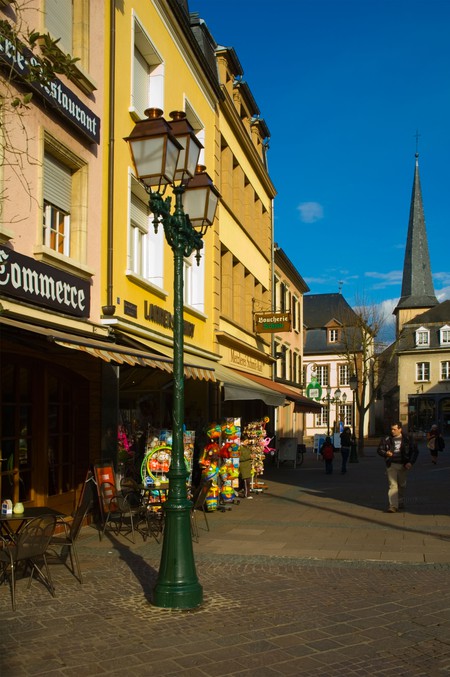 The crumbling ruins of Larochette Castle dominate this small medieval town, making a visit here feel like stepping into an ancient myth or legend. Located on the White Ernz river and surrounded by well-maintained walking paths, Larochette is the perfect starting point to explore the Luxembourg countryside. In the distance, you can glimpse the nearby (and better preserved) castle of Meysembourg; formerly a royal abode, it’s a charming architectural mixture of old French and Neo-Renaissance styles. Today it’s privately owned and occupied, so it can’t be visited, but it can be admired from afar as you explore the flora and fauna of the area. 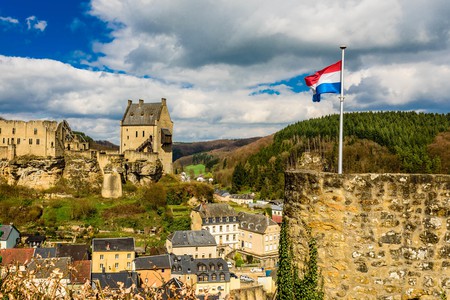 This tiny settlement is surrounded by craggy sandstone cliffs, giving the area a dramatic quality not often associated with the gentle landscape of Luxembourg. The cliff faces plunge sharply into the surrounding Sauer: avid geology buffs will be able to identify the different types of rocks from their vivid colours. Aside from the beauty of the natural landscape, the town is home to a ruined ancient castle of the same name, and there’s a popular horse-riding circuit; head for the hills to gaze down at exceptional panoramic views. 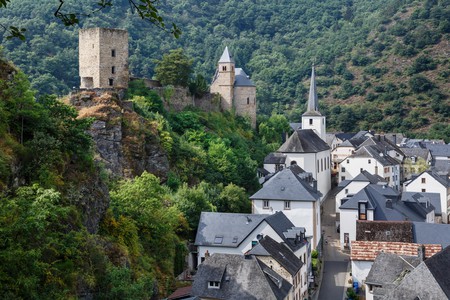 Nestled in northeastern Luxembourg, Vianden feels almost untouched by the passing of time; Gothic churches, Medieval towers and an ancient castle create this town’s unique skyline. Breathtaking views can be enjoyed from observation spots throughout the city, while wandering through the winding streets is an adventure in itself. Bewitching landscapes of narrow valleys and wide, wild forests surround the town and draw in passionate walkers from all over the country. In the cold winters, snow blankets the scenery and makes this town, if possible, even more enchanting. 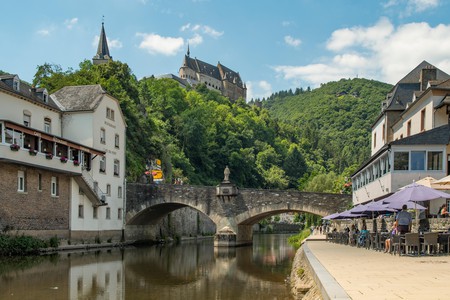 Settled on the riverbank, Vianden is the perfect place to get back to nature | © Robert Wyatt / Alamy Stock Photo

This town was built surrounding the Abbey of Echternach, from which it also takes its name; the abbey was founded in AD 698, and today the settlement holds the title of the oldest town in Luxembourg. Here, you can explore its incredible history: sights worth seeing include the Basilica of St Willibrord, the Church of St Peter and Paul, and a recently discovered Roman villa, the oldest Roman construction found north of the Alps. The remains of the ancient city wall, as well as the Gothic-style marketplace, really do transport visitors back in time. 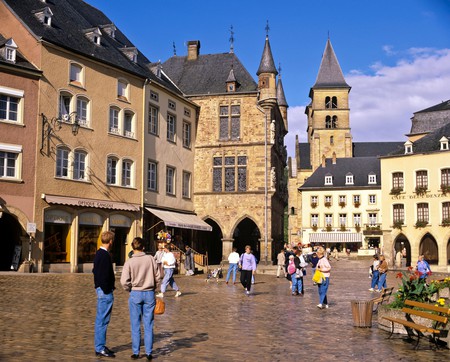 Another pretty river town, Remich is set in the Moselle Valley of Luxembourg, a spot that’s most well known for the excellent wine it produces. Picturesque vineyards surround the area, and there are long stretches along the Moselle River offering panoramic views and secluded picnic spots. Head here for wine tasting, vineyard visits and the town’s three-day annual carnival, a colourful celebration that sees effigies set on fire and enthusiastically tossed into the river.

Located just a few kilometers west of Luxembourg City (and therefore perfect for a day trip), Mamer is a town layered with history – it sits on an ancient site previously home to a Celtic tribe. The first reference to the town can be found in a document dated 8 April 960 AD. The area is extremely prosperous and boasts a range of popular tourist attractions, including a beautiful castle, a Roman bath site and the impressive Church of John the Baptist. Embark on a trail around the valley to be taken through the magnificent countryside, visiting astonishing rock formations, old mills and mysterious caves. 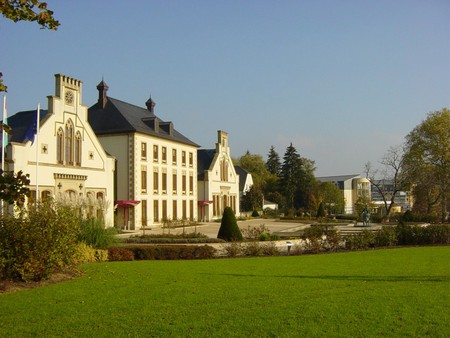 For visitors looking to get closer to Luxembourg’s natural landscape, Wiltz is a must-visit; it’s home to several cosy campsites set in the lush forest on the bank of the river Wiltz. Ramble alongside the clear waters or take part in organised activities such as horseback riding and trail treks. Wiltz comes alive in the summer, when it hosts a number of classical live shows in its incredible outdoor music hall. The town is also well known for its excellent beer; there’s nothing quite like sipping on a refreshing ale as you relax in the splendour of the countryside. 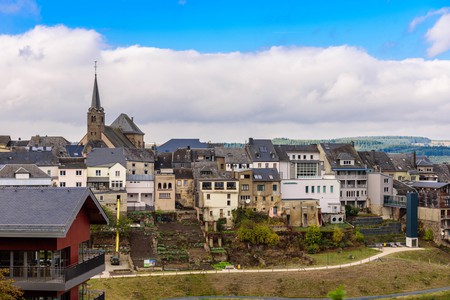 Wiltz is a beautiful, isolated town known for its ale | © Mikel Trako / Alamy Stock Photo
Give us feedback