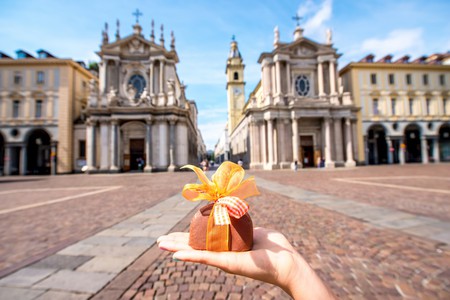 In 1585, the Turin-based Duke of Savoy, Charles Emmanuel I, married the daughter of Philip II of Spain and through the Spanish colonies, raw cacao arrived in Italy. Turin’s expertise for chocolate burgeoned in the hands of innovative chocolatiers, which turned the city into the chocolate centre of Europe. Today, Turin is still synonymous with the sweet treat and its residents remain just as passionate. Visitors to the city can delight in sampling exemplar chocolate in dozens of legendary confectioners, new and old.

Over the centuries, Turin’s master chocolatiers have crafted new specialities that have been disseminated around the world. For example, the original hot chocolate called the Bicerin (a glass of hot coffee, cacao and milk cream) was conceived in Turin in 1678. It was at this moment that, upon royal permission, the city was awarded the first official license to produce chocolate, thereby crowning it Europe’s chocolate capital. Check out this Culture Trip bar guide to find the best place to drink Bicerin in the city. 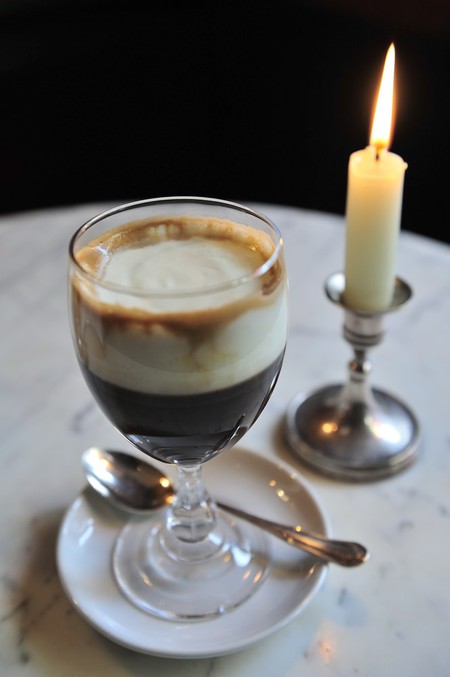 They also drove innovation in the mechanics of chocolate-making, inventing new devices to mix the original ingredients of the confectionary (cacao, vanilla, sugar, water). Perhaps most notable was the discovery of how to set chocolate in solid bars, which opened the doors for a multitude of new designs. By exporting these delicacies to the likes of Austria, Switzerland and Germany, Turin’s reputation as leaders of artisanal chocolate spread. 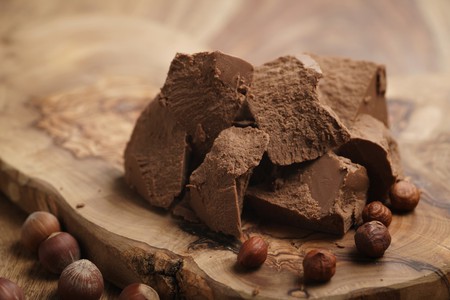 Gianduja made from chocolate and hazelnuts | © GooDween 123/Shutterstock

Gianduja is probably the most symbolic chocolate of the city. During Napoleon’s regency in Italy (1796–1814), chocolatier Michele Prochet created a new chocolate paste by adding hazelnuts from the Langhe region of Piedmont, to the typical recipe. Prochet took his new nut-flavoured chocolate to market on Carnival Day, which is why it is named after one Turin’s traditional, comedic carnival masks. Later, in 1865, Turin-based chocolate manufacturer Caffarel took the Gianduja recipe and created Gianduiotto – individual, moulded chocolates. Bite-size and shaped like an upside-down boat, these were the very first individually wrapped chocolates. This period marks the beginning of Turin’s large-scale commercial chocolate production, which is still prosperous today.

The very first chocolate spread was invented by Pietro Ferrero (a brilliant pastry-maker) in a small shop in Turin in 1946 – he developed Prochet’s Gianduja mix to make it spreadable. His son Michele Ferrero (who only passed away in 2015) branded it Nutella and turned it into the global-store, cupboard favourite. Michele refused to list the Ferrero company on the stock market, ensuring it would always remain an Italian family business.

Alongside Streglio (established 1924), both Ferrero and Caffarel still run their chocolate industries from Turin. The city’s artisanal chocolate origins are also intact, with many independent chocolatiers continuing to create exquisite handmade chocolates and invent new recipes. Since 2003, the city has staged the international festival, CioccolaTò, which brings together chocolate maestros, enthusiasts and brands with a fun programme of tastings and exhibits. 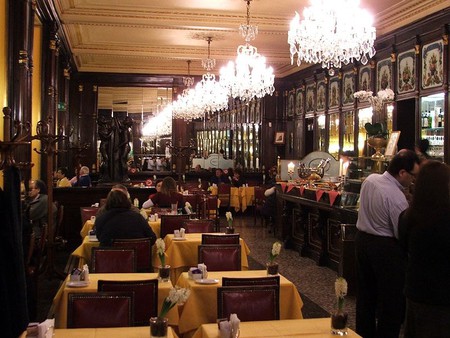 Inside the elegant Caffe Baratti & Milano, a traditional Turin confectionary bar | WikiCommons
Give us feedback