What to See in Oltrarno | Florence's Hippest Neighbourhood 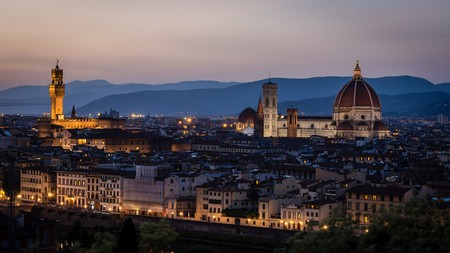 Since the Renaissance, Florence has been seen as a capital city of culture, romance, history, art, and fine dining. It has appeared in literature from Dante to Forster, as well as movies and operas. Over a million tourists flock to the city annually to take in the sights of one of Europe’s most beautiful cities; but not all of them make it to Oltrarno, the alternative neighbourhood concealing some of Italy’s cultural treasures. 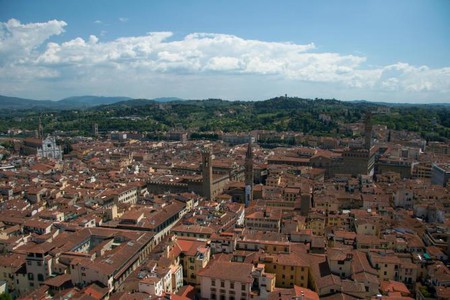 While the north side of the Arno, the river that runs through the city, is home to some of Florence’s most recognisable landmarks, such as the Uffizi, the Duomo and Palazzo Vecchio, in recent years one neighbourhood south of the river has been vying for some attention of its own. Oltrarno is fast becoming the place to be in Florence; the place to see and be seen. For most people on a flying visit to the city, some of the most wonderful sights south of the river might be bypassed, but it’s definitely worth making the time for a stroll across the Ponte Vecchio to see what Oltrarno has to offer. If you have more time to see the neighbourhood, check out our full guides to Oltrarno’s restaurants and hotels. However, we’ve also put together a selection of the very best things to see and do in Oltrarno, so even if you’re short on time you’ll be able to experience part of the neighbourhood’s beauty.

The Piazzale Michelangelo is without doubt one of the most beautiful places in Florence, and its one of the few landmarks in the city which it’s possible to visit without being surrounded by hordes of tourists. This little square is tucked out of the way of the bustling city, at the top of a steep climb, and many simply don’t bother to make it all the way up there. However, those who do brave the climb are in for a sweet reward, as the view over Florence is magical, and the best way to take in all the sights of the city at once. In fact, it’s a good thing to do on your first day in Florence to orient yourself. Take in the beauty of the replicas of Michelangelo’s works and treat yourself to an espresso or a glass of wine in the little bar near the Piazzale. If you’re still feeling adventurous head up to the church which overlooks the Piazzale, San Miniato al Monte. 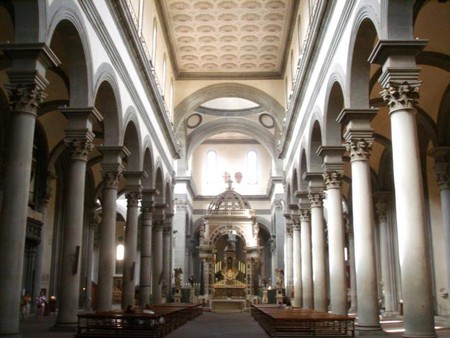 Santo Spirito is a beautiful example of pre-Renaissance architecture, and has been unfairly overlooked in comparison to other churches north of the river, such as Santa Croce. In the past, Santo Spirito has not boasted the best reputation for the safety of its surrounding area, however since Oltrarno has secured its status as the trendiest neighbourhood in Florence, this has changed. Santo Spirito receives thousands of visitors a year who wish to marvel at the ornate and elegant beauty of the church. The building dates from 1481 and has a wonderfully turbulent history which is documented inside the church for visitors to admire alongside the artworks which adorn the chapels. The frescos by Filippino Lippi in the chapel transept are a sight to be seen and if you only have time to visit one monument in Oltrarno it should be this one.

Even those who live north of the river will venture south for La Casalinga, one of Florence’s finest traditional restaurants. The trattoria has been serving locals and tourists alike since 1963, and one of the best things about this restaurant is the variety of its clientele. Reasonable prices keep students and big families coming back in droves, while good food and wine lure in businessmen on working lunches and couples on romantic dates. If you visit this restaurant, be prepared to indulge in some Florentine traditional eats, ranging from the delicious crostinis and soups such as ribollita, to trippa alla Fiorentina (tripe) and lingua lessa con salsa verde (tongue) for more adventurous souls. 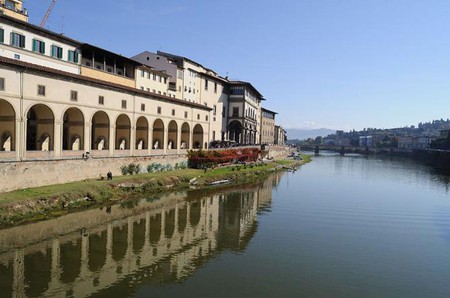 Zoe sits near the bank of the Arno river | © Doricono/WikiCommons

For antipasti and aperitivo

Florence has a wonderful tradition of pre-dinner drinks and nibbles, conducted on a completely different scale to those found in London or other major cities around the world. For Florentines, the pre-dinner ritual is as important as dinner itself, and we’ve found that one of the best places for an aperitivo in Oltrarno is Zoe’s, a bar just south of the river. With its wide range of imaginative and immaculately-prepared cocktails, and a delicious selection of salads, hams and cheeses for aperitivo, it’s the perfect place to visit for an early evening drink on their outdoor patio. Later in the evening the antipasti gives way to the dancefloor until the early hours and young trendy Florentines head here – or to neighbouring bar Negroni – in droves.

The Airbnb craze has well and truly gripped Italy, and some of the best places to stay in the city are part of this company, as it allows tourists access to the very centre of the city without having to pay extortionate prices for one of the more central hotels. One of our favourites is the Ponte Vecchio Penthouse, located in the ancient oratory of Saint Mary Magdalene. It has been fantastically preserved in a traditional style, the rooms are spacious and airy, and it offers every amenity that you might expect. The woman who runs the building of eight apartments, Clementina, and her son Francois, are very willing to help answer any of your questions and recommend local places to visit and eat. Just a short walk from the station, as well as only two minutes from the centre of town, you couldn’t find a better location from which to see Florence’s most famous landmarks. Its close proximity to Florence’s shops and markets means you won’t have far to travel with any heavy shopping bags you might pick up.

For a special occasion

The Grand Hotel Villa Cora is a five star hotel located near the Piazzale di Porta Romana. The hotel itself is built in a restored 19th century home, the splendour of which can only be rivalled by the beauty of its gardens and grounds. The expanse of this hotel allows guests to feel as if they could be in a countryside retreat, yet when they step outside of the hotel they are only a short walk from the city’s popular sights and attractions. Within walking distance lie the Boboli Gardens and with only 46 rooms and suites it’s not hard to see why this hotel gets booked up quickly. The rooms are decorated ornately and in such a way that guests feel they are really experiencing the historic atmosphere that pervades the city centre. While the hotel may not be as cutting-edge as its neighbour, the Hotel Lungarno, part of a chain founded by Salvatore Ferragamo, it is the place to stay if you’re looking to experience the true beauty of the city’s history.