Versace's Evolution and How to Wear the Brand Today 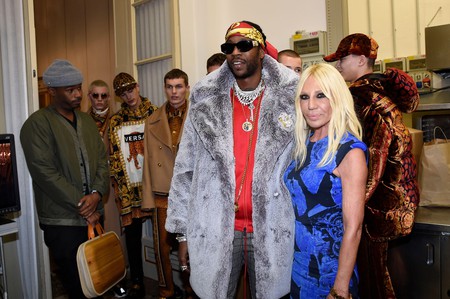 It was the ’90s. Supermodels and super labels dominated the fashion scene. There wasn’t anyone more extravagant than Gianni Versace, who founded the flashy, bright, and rock ‘n’ roll luxury brand, Versace in 1978. From actresses to rappers, everyone who wanted to be fabulous in the ’90s, wore Versace.

The designer’s murder in 1994, the subject of the miniseries The Assassination of Gianni Versace: American Crime Story, which hit the airwaves on January 17, shook the fashion world and devastated Gianni’s younger sister and muse, Donatella. At the time of Gianni’s murder, Donatella helmed Versus, a diffusion label of the Milan-based house. About a year after her brother’s death, Donatella launched the first Versace Atelier Couture fashion show, proving to the world that the label was far from dead.

Two decades later, Donatella proved Versace is still as relevant as ever at Milan Fashion Week, with a nod to her late brother’s vision. The show coincided with the 20-year anniversary of Gianni’s murder, but rather than focus on his brutal death, Donatella used the show to pay tribute to her late brother’s life by resurrecting some of his legendary collections like Warhol, Vogue, Icons, Animalia, and Butterflies. 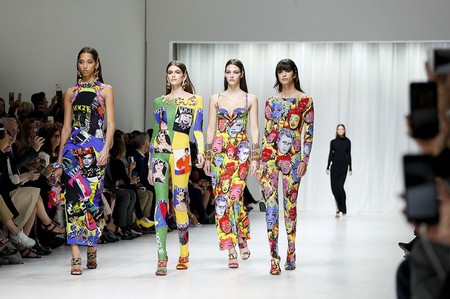 The finale featured ’90s supermodels Carla Bruni, Cindy Crawford, Naomi Campbell, Claudia Schiffer, and Helena Christensen taking to the stage and wowing the audience, with Versace fans across the globe moved by nostalgia. 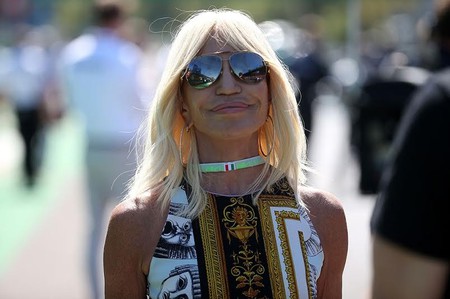 Today, the iconic logo of Medusa’s face—seductive and powerful—remains a passkey to a world of luxury and fantasy. The Versace siblings built a brand up from nothing. From Gianni’s original vision, to Donatella’s persistence in a time of tragedy, the brand remains fresh in the mercurial fashion world for two decades and amid a harrowing crime story.

Planning a winter escape? As you ready for your luxe vacation, shop the following Versace looks to accent your fabulous lifestyle. 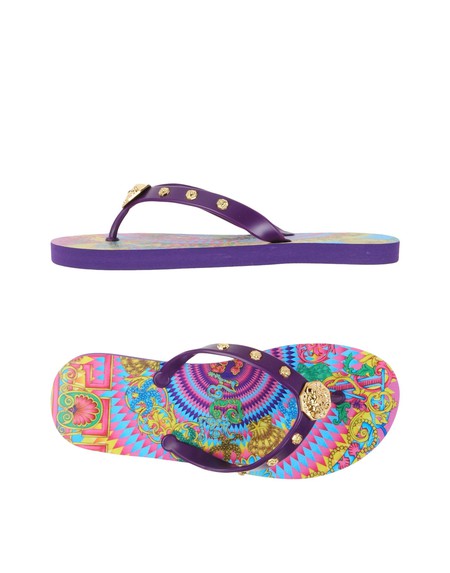 Ideal for taking you from beach to bar, these bedazzled flip-flops are psychedelic. Catch them now on sale at Net-a-Porter. 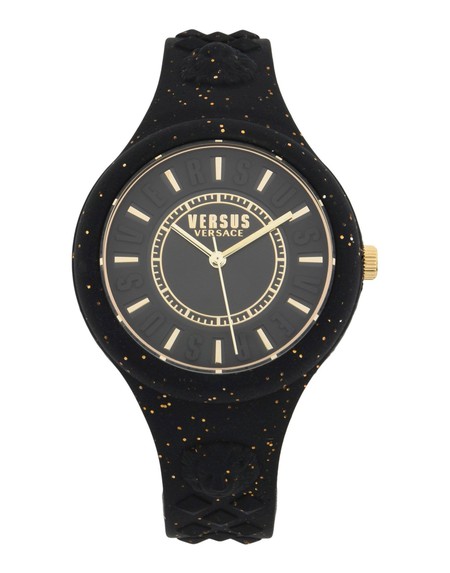 A casual waterproof watch which has just the right amount of glitter to keep you good as gold. 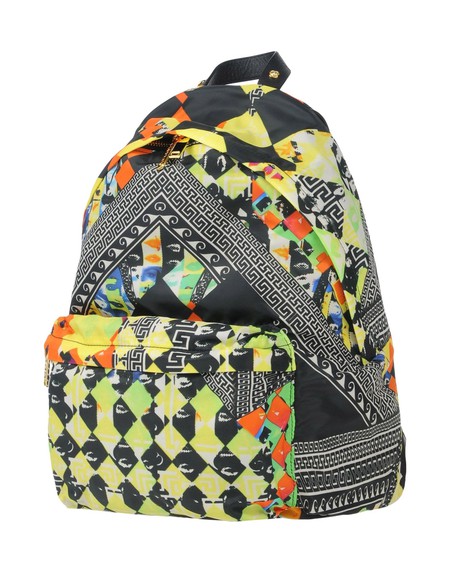 Who knew the fanny pack would have a resurgence in 2018? This versatile bag converts to a fanny pack, with bright signature textiles that define the Versace brand. 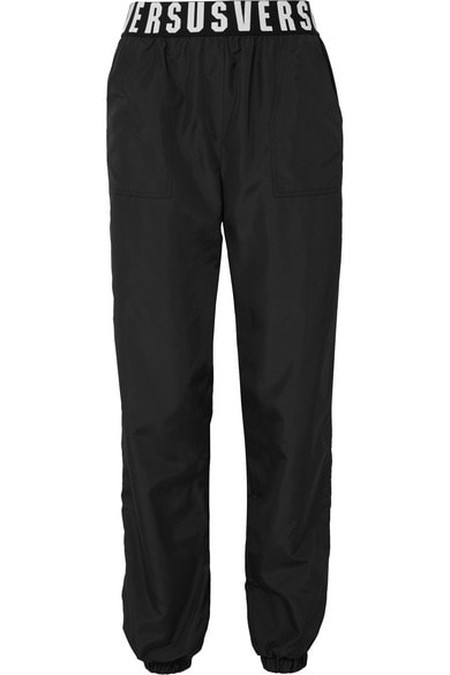 Athleisure is still trending hard, with sporty chic looks emerging each season. These Versus track pants are too cute for the gym, but perfect for lounging. 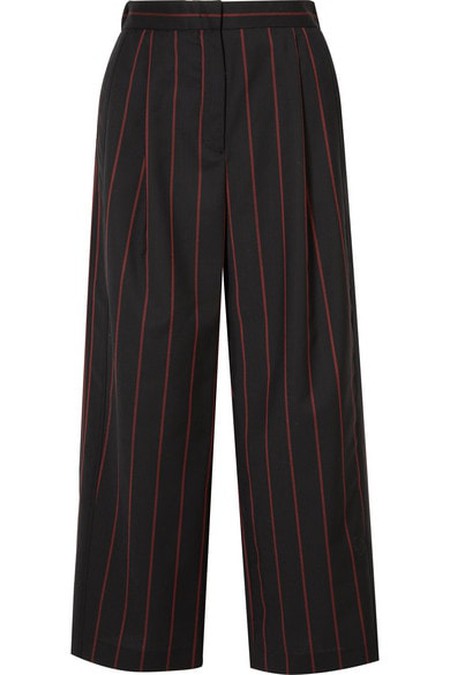 Women in menswear is another trend that’s relevant this season. And these striped pants are tailored to make you look your best while en route to your travel adventures. Repurpose them all winter and spring.

Although you can score some pretty great deals on the above Versace and Versus looks, not everyone has the bank to wear the brand. You can shop Versace-inspired looks from the much cheaper brand, Topshop, below. 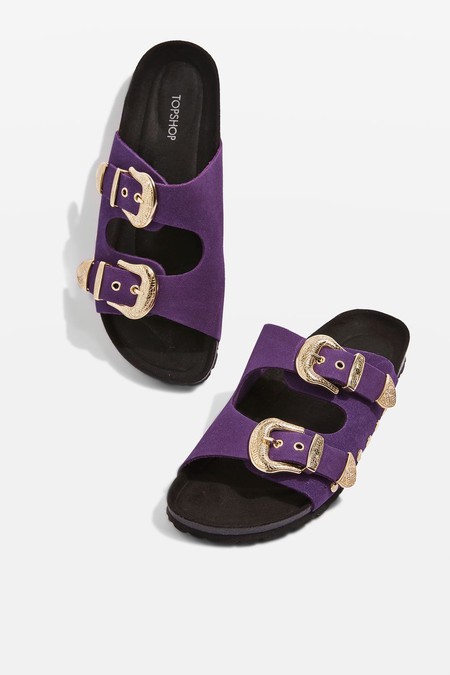 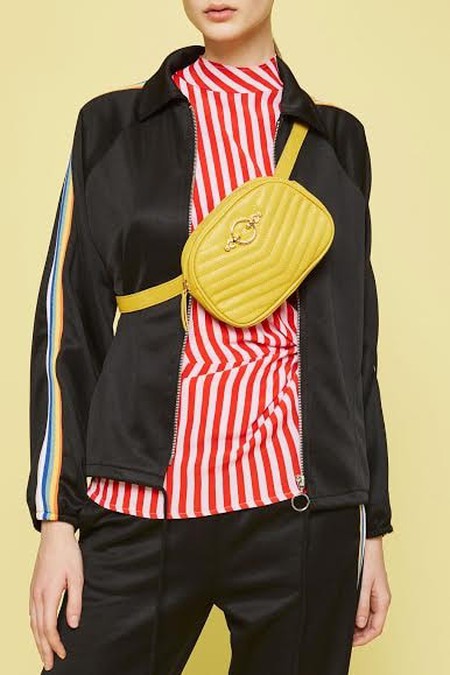 You too can own a bright yellow fanny pack, channeling the eye-catching Versace vibe, but for a fraction of the price. 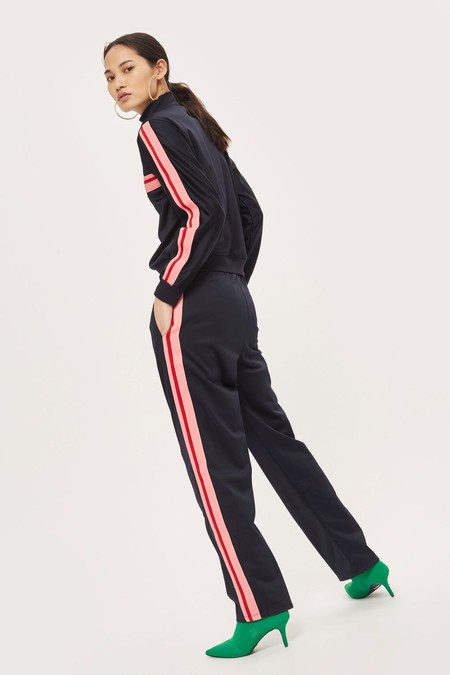 This look is so Versace. While track suits are so 2000s, the colorful bootie dresses up the look, letting people know that you might be breaking a sweat, but not at the gym. 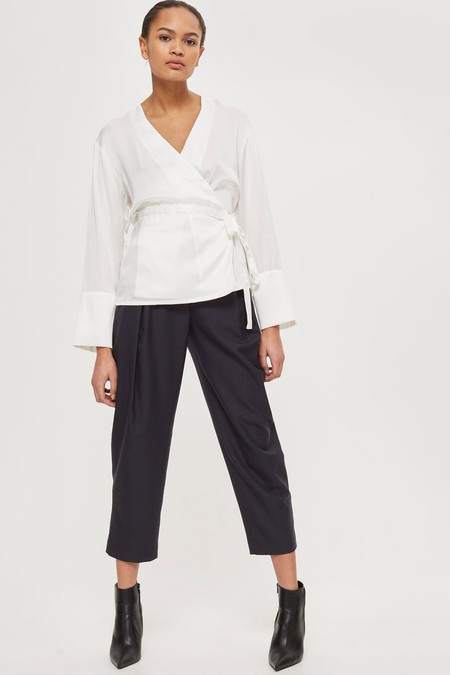 Navy pants with gray pinstripes are cropped to accent sleek footwear. Make your look more Versace-inspired by pairing with a splash of color and have the most fabulous adventures on your holiday. 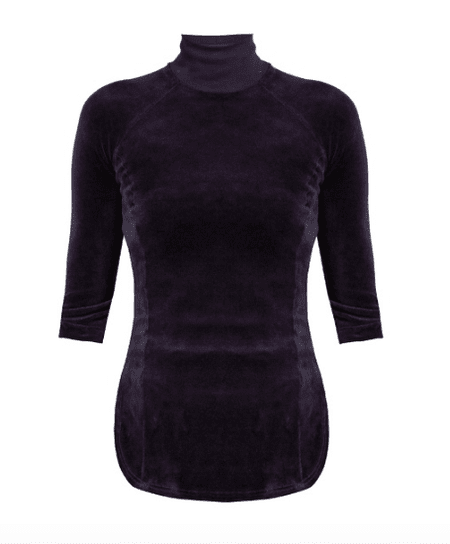 A fun twist on the aughts obsession with Juicy Couture is the Vetements x Juicy collaboration, a combination that screams Versace.