Venice to Ban all Fast Food From the City 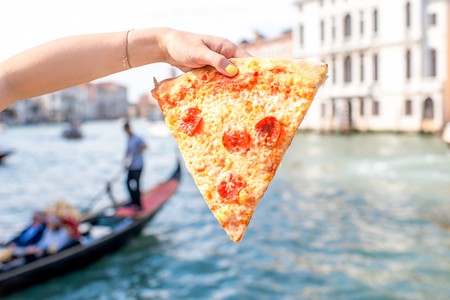 Venetians are concerned about the ill effects of tourism on their picturesque city. With an estimated population of just 54,000, Venice is saturated with more than 20 million tourists each year, making this veritable water world one of the planet’s top destinations.

Under the weight of mass tourism, the local Venetian population is declining rapidly. In an effort to reduce overcrowding (and yes, sinking), Venice has looked to restrict tourism to the city. “This isn’t the first time Venice has tried to get rid of tourists,” writes Travis Ketzak in VIVA. “After the cruise ship ban was overturned in 2014, locals started creating barricades with gondolas to block cruise ships from entering the lagoon.”

Venice’s decision to place a cap on visitors is mirrored in other cities such as Barcelona and Reykjavik, who find an influx of tourists to be disrupting their local culture and living conditions. Now, in an effort to preserve Venice’s culinary identity, the city will be banning all fast food from its watery streets. 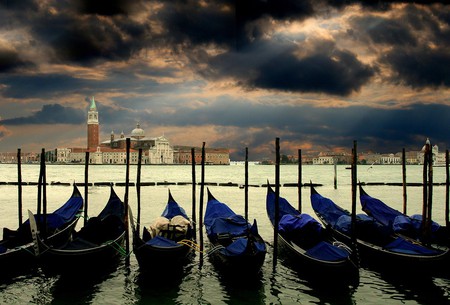 “We are waging a fight against fast food…to maintain and showcase our unique food,” said Venice’s Chief of Tourism, Paola del Mar. Italy, as a whole, is revered worldwide for its simple yet delectable cuisine, from homemade cacio e pepe, the palate-pleasing combination of prosciutto and melon, to the iconic wood-fired pizza margarita from Naples.

That someone can come to Italy and opt for McDonald’s over one of the countless local restaurants available to them is beyond comprehension to Italians who are determined to rid Venice of its low-brow chain restaurants. “The proliferation of sales and consumption of so-called ‘takeaway food’ has led to a decrease in the quality of the product and created a negative perception not only among residents, but also visitors,” the Venetian city council said in a statement.

Understandably, Venice feels that cheap kebab joints and takeaway pizza are detracting from the city’s historical beauty and its local cuisine. The new fast food ban will prohibit the opening of new kebab shops, pizza-by-the-slice spots and essentially any eateries that do not provide seating.

“This [ban] is to safeguard culture, but also to safeguard tradition,” Francesca Da Villa, head of the city council’s commerce division, told CNN. “There is more decorum at the table. It is a beautiful thing, to share at the table.”