Umberto Eco: A Tribute To A Genius 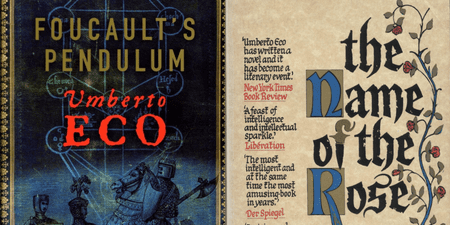 Umberto Eco was an Italian scholar, historian, and novelist best known for his works The Name of the Rose and Foucault’s Pendulum. People around the globe are familiar with his work, as his novels have been translated into over 30 languages. As well as an iconic narrator, Eco was also a renowned scholar of semiology, which is the study of signs, symbols, and their interpretations. On February 19 2016, Eco died after a two-year battle with pancreatic cancer, at the age of 84. Here we describe his life and achievements from scholar to author recognized around the globe.

Before Eco became a novelist, he was an established academic of medieval aesthetics, semiology, philosophy and anthropology. His first stride into the world of academia was his doctoral level study on Saint Thomas Aquinas at the University of Turin. After his graduation, he left the Roman Catholic Church due to loss of faith and befriended a group of avant-garde artists and writers during his time as the cultural editor for Radiotelevisione Italiana. The people he met as a young adult were influential in his personal beliefs and interests, and later reflected in his work as a novelist. His thesis on Saint Thomas Aquinas as well as Art and Beauty in the Middle Ages were published, establishing his position as a scholar. 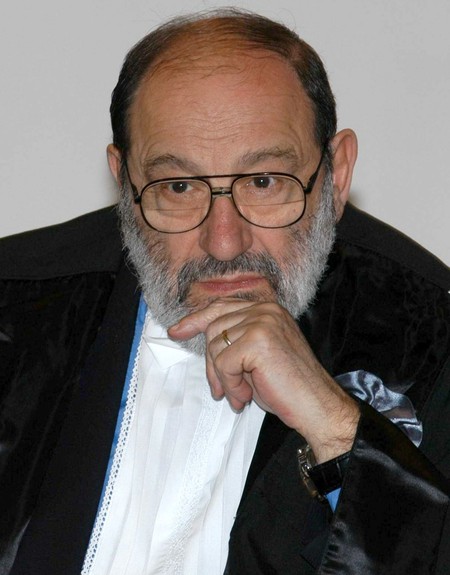 In 1968 Eco published a work called Opera Aperta (‘The Open Work’); the beginnings of his hobby as a literary critic. In this book he stated his theory of the ‘open text’, which explains that a work of literature does not have a single, set meaning. He argues that the meaning of the work is dependent on the reader, and the structure of his future novels reflect his ability to construct a narrative that each reader could interpret differently. He proposed that the best types of texts were ones that allowed the reader to connect their personal experiences to the text to create their own connections with the literature. He stressed another point that was congruent with his ‘open text’ theory, which was the importance of intertextuality. This means that each great work of literature will reference other works of its kind, in its ideas or in its narrative. In the novels he writes later in his life, ‘open text’ and intertextuality are key components of his writing style and how he engages his audience in his stories.

Eco as a Novelist

Eco did not write his first fiction novel until 1980, and his first novel was shortly turned into a movie after its publication and award of the Strega Prize, the highest literary honor in Italy. He started telling stories for his children, but decided to write as he had always wished to write creatively but never pursued it. His complex novels, riddled with deception and conspiracy, contain themes and references to all of his areas of study and experiences in life. For example, his most famous novel The Name of the Rose describes the story of a murder mystery that is held in a medieval abbey, stripping the romanticism from the public’s view of the church in the middle ages. As the audience starts the novel with images of medieval art and religion, Eco breaks down the structure of medieval theology with knowledge gained from his studies. In his work he often utilizes symbols to create move levels of meaning for the reader to dissect using their own semiotic abilities. Although his work is rich with symbols and complexity, he is humble enough to acknowledge that every writer is influenced by the ideas of thinkers that had come before them. With this, no idea is without a predecessor to the same idea, and this further supports his beliefs in intertextuality.

A Goodbye to the Intellectual

At the time of his death, Umberto Eco was a professor at the University of Bologna, where he had held the president position of their Graduate School for the Study of Humanities. In an interview with the Harvard Crimson a few years before he died, he mentioned that his plans for the future only included spending time with his grandchildren, and that he was not preoccupied with any further projects. Eco truly fulfilled all of the dreams of an academic and storyteller, and many aspiring students will look to him as a hero of study and literature.