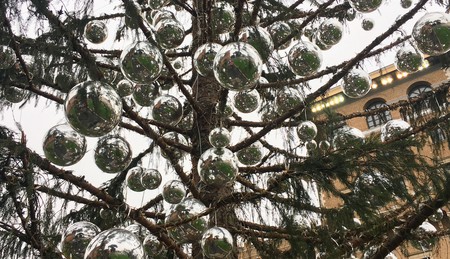 Spelacchio was decorated with over 600 silver baubles and 100,000 twinkly lights | © Emma Law

The holidays may be well and truly over, but the saga of Rome’s famously rubbish Christmas tree continues to rumble on. Nicknamed ‘Spelacchio’, meaning ‘mangy’ or ‘baldy’, the 70-foot fir and its drooping, threadbare branches could be saved from the chipper and start a new life in the Eternal City, Italian newspapers report.

While trees of Christmases past ended up in landfills, Spelacchio has taken on celebrity status among locals and tourists alike, and as such, looks set to avoid the same fate as its predecessors. According to Corriere della Sera and Il Messaggero, Spelacchio could be put on display in the city’s MAXXI modern art museum, and there are also murmurings that the MACRO museum on Via Nizza wants to provide a new home for the lacklustre tree. 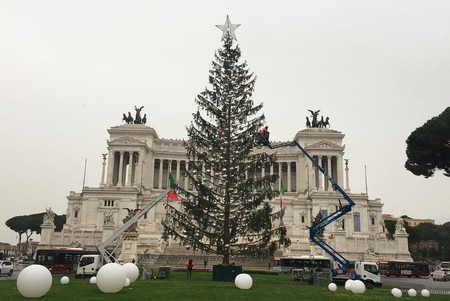 Workers had begun removing the tree’s decorations on Tuesday morning, but were later ordered to put them back up as Spelacchio will stay in the piazza until Thursday 11 January | © Emma Law

The city council is shortly set to reveal whether Rome’s latest anti-hero, which cost €48,000 to transport from the Val di Fiemme area in Trentino, northern Italy, will end up as a museum masterpiece or be reused for another purpose. Another suggested scheme would see the tree turned into a wooden shelter for mothers to feed and change their babies. Others want Spelacchio to be turned into thousands of pencils for the city’s schools.

The giant tree was erected in Piazza Venezia in early December and soon caused controversy as its needles began dropping and branches sagging. As its sparse condition worsened, the local council officially declared it dead with a week to go until Christmas.

Romans were quick to ridicule the sagging spruce, seeing it as a 70-foot symbol of the council’s inability to deal with the city’s most pressing issues, such as uncollected rubbish piling up in the streets and an inadequate public transport system. 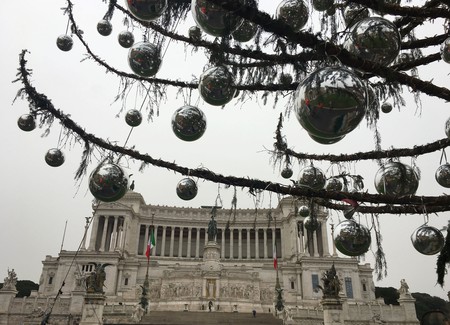 However, locals also saw the funny side and soon took Spelacchio to their hearts. Notes left on the tree’s spindly branches included messages of admiration – one even naming it the ‘ninth king of Rome, after (Francesco) Totti’, the city’s most famous football player.

While Spelacchio was deemed woeful in comparison to the lush, elaborately adorned trees found across the river in St Peter’s Square and in cities like Milan, nearby Naples had festive problems of its own – their Christmas tree was stolen less than 24 hours after being unveiled.