The Top 10 Things To See And Do In Lido, Venice

Lido is a small island in the Venice lagoon. Sheltering the city from the sea, Lido offers award winning beaches and spectacular views on Venice. It’s undoubtedly most known for hosting Venice Film Festival, but it’s usually avoided by the mass of tourists coming to visit its famous neighbor. However, the trendier area of the Venice lagoon, known for its Art Deco architecture and sport resorts, has a lot to offer. Here is out list of the top 10 things to do.

Look Into Byron’s Study Room In The Armenian Monastery

San Lazzaro degli Armeni is a small island, located offshore Lido. Since 1717, it has been home to the Armenian Catholic Monastery of San Lazzaro. The most notable visitor of the monastery was the poet Byron, who spent time on the island studying Armenian. Nowadays, the monastery hosts a permanent exhibition devoted to the famous writer. Of note is also a publishing house on the island, established by the monks in 1789, which is the oldest continuously operating Armenian publishing house in the world. Join the tour of the island, which is organized by the monks once per day.

Lido is known as the sports and recreation area of Venice. Take some time to enjoy the sandy cost of Lido, which stretches over 11 km and overlooks the Adriatic Sea. Depending on your budget, you can go to a private or a public beach. One of the best private beaches is Hotel Excelsior Beach, whilst Lido’s public beach is located in the north. Make sure to arrive early to grab a good spot near the water. 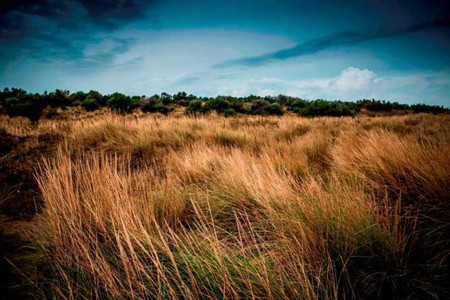 The Oasis of Alberoni is a protected natural reserve, located on the south end of Lido island. The oasis is composed of a pine forest and a complex dune system, immortalised for its beauty in the poetry of Byron and Goethe. The dunes, measuring up to 9 meters, started to develop in 1800s and are home to a diverse ecosystem, including protected bird species Kentish Plover and Little Tern. Rent a bike in the center and explore the western shore along Via Malamocco on your way to Alberoni. 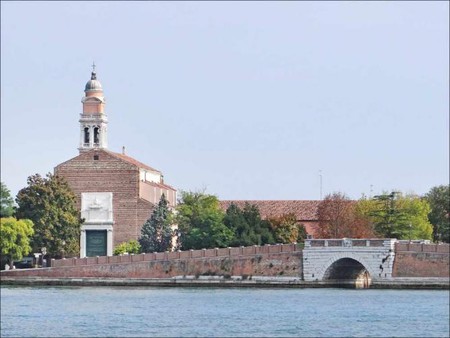 The church of San Nicolò al Lido has an important historical place in Venice. Following the yearly Sposalizio del Mare, the ceremonial marriage of the Doge of Venice to the Adriatic Sea, the church hosted a banquet before the merchant ships sailed west. As such, it was the last Venetian landmark seen by sailors. The Church houses the remains of St Nicholas, patron saint of sailors. The main attraction is the walnut choir stalls from 17th century, presenting 27 scenes from the life of the saint. 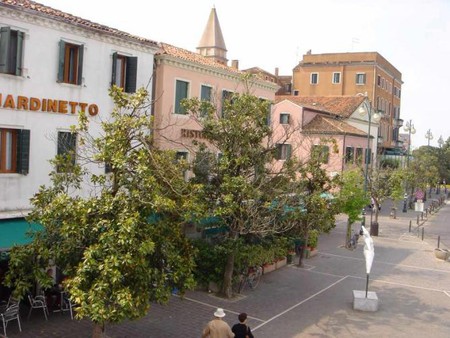 Take a walk down the main street of Lido, called Viale Santa Maria Elisabetta. Commonly called Gran Viale, the street crosses the whole island. Along the street are located numerous hotels, shops and restaurants. Gran Viale finishes at the seaside, where you can follow the sea promenade north to the public beach or south to Alberoni Oasis, following the Murazzi path. The Murazzi are a protective barrier made of Istrian stone, which shield the island from water erosion. 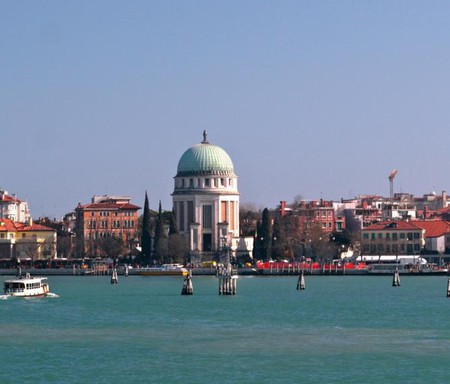 The Tempio Votivo Church is a war memorial of Venice. It was built between 1925 and 1935 by the architect Giuseppe Torres. The war memorial is the last major religious building constructed in the lagoon area, and was designed to show gratitude of the Venetians that the city escaped the First World War without major damage, especially the bombing on February 27 1918. The large green dome on top of the copper structure of the church is one of the first landmarks seen by visitors, due to its location next to the Vaporetto station. 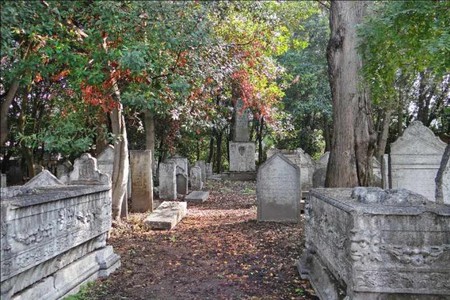 Walk Around The Ancient Jewish Cemetery

The Jews in Venice got the first opportunity to create their own cemetery in 1386, which shows the long history of Jews in the city. The cemetery is located near the San Nicolò church in the north. Nowadays, the Ancient Jewish Cemetery can only be viewed with an appointment. Many memorials have been restored in the last 30 years and date between the 16th and 18th century. Alternatively, visit the modern Jewish cemetery, which is opened to the public and is located on Via Cipro. 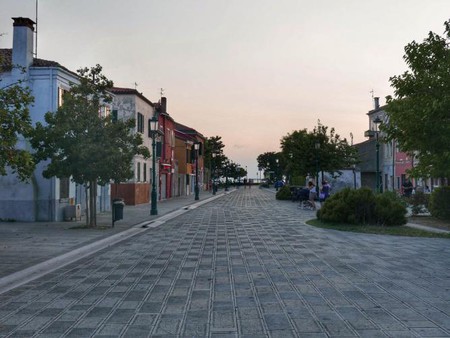 Malamocco is a picturesque village located on the southern part of Lido. It is an island on its own, connected to Lido by a series of bridges across the canal separating the two. The most prominent landmarks include the Church of Santa Maria Assunta, Ponte Borgo (the oldest bridge in the village), and Palazzo del Podestà, where the mayors of Malamocco lived until 1339. The Palazzo del Podestà is a Gothic style building, overlooking the lagoon, which today houses the Malamocco museum. All landmarks are situated next to each other on the Piazza Maggiore. 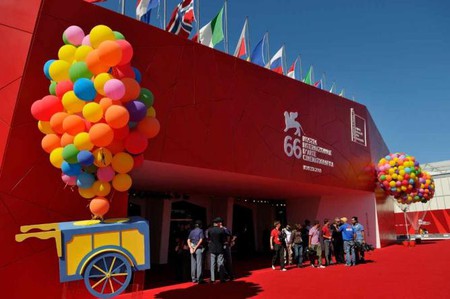 Every year between the end of August and beginning of September, Lido hosts Venice Film Festival. The festival is the oldest of its kind and was started in 1932. Together with Cannes and Berlin, the film festival in Venice is one of the big three film festivals in Europe. Palazzo del Cinema is the main screening theatre of the event. One of the new attractions includes an open air cinema, held in the Casino gardens, where you can see a film screening free of charge. 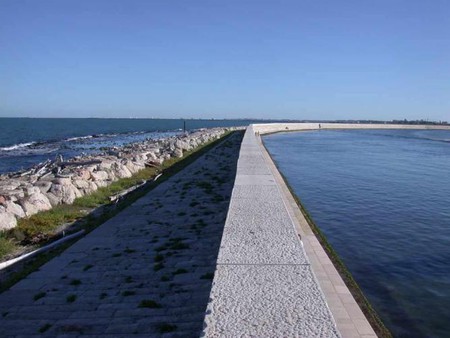 Pellestrina is a charming island of the south of Lido, known as an island of fishermen. Like Lido, Pellestrina also has a defense wall of Murazzi, which is a great place to cycle or skate. Take your bike on the ferry from Lido and enjoy the ride. Remember to stop over at the Little Museum of the Southern Lagoon, which aims to preserve history and traditions of the lagoon. It has two permanent exhibitions: The history of Murazzi and November 4, 1966, the great fear.