The Rise And Fall Of The House Of Caesar 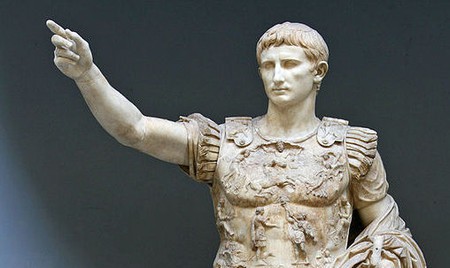 The first five emperors of Rome — Augustus, Tiberius, Caligula, Claudius, and Nero — have ceaselessly fascinated writers of both history and fiction. Tom Holland’s latest book on the subject, Dynasty: The Rise and Fall of the House of Caesar, is a factual account of the rise and fall of the Julio-Claudian dynasty, injected with all the scandal and drama that makes it a gripping historical narrative, close to the kind of riveting fictional plots we’re familiar with from literature, theater, and TV.

In 27 B.C., Augustus became the first emperor of Rome, simultaneously founding the Roman Empire. After decades of civil war, Augustus brought what the Romans had long been wanting: peace. Yet as the following extract reveals, this did not make Rome’s first emperor immune to gossip:

Naturally, there were whisperings of scandal.

There always had been. Gossip was part of the air that citizens breathed. Wherever people gathered, they would pause and swap the rumors that passed for news. A story had only to be heard in the Forum for it to spread with remorseless inevitability out through the maze of the city’s back-alleys, into workshops and narrow cul-de-sacs, and tiny, hidden squares where pigs rooted for garbage and fullers hung their washing out to dry. The Roman people had always had a puritanical streak. No vice was so private that it could be kept from them for long. Political life in Rome was not named res publica for nothing. The jeers and hisses of a crowd were sure to pursue even the most eminent of men caught up in any impropriety. Graffiti scrawled and scratched across the city served up to everyone who could read them such a relentless dishing of dirt that people fretted the sheer weight of it all might bring walls crashing down. Even the illiterate would shit on the monuments of those who had offended them. The Romans were a people with a rare genius for throwing mud. 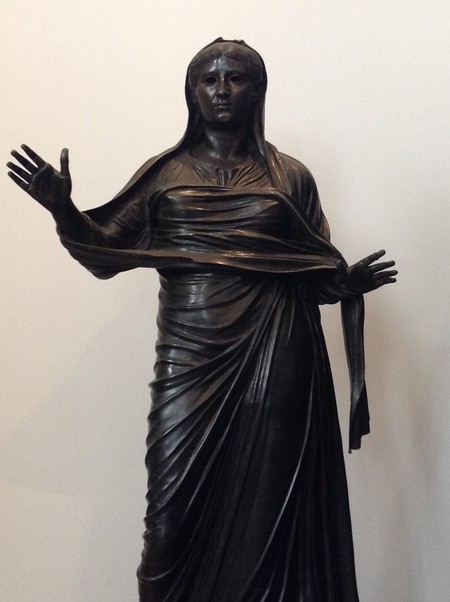 No one, then, could possibly have stood at the head of their affairs for as long as Augustus had done, and not found his white toga marked along its hem with the occasional splash of filth. The sensational circumstances of his marriage to Livia remained vivid in the minds of his fellow citizens. A man capable of jumping someone else’s pregnant wife was clearly capable of jumping anyone. Even though the precise details of his presumed affairs were hazy, Augustus’s womanizing was something widely taken for granted. Livia, far from making trouble, was said to have maintained her hold on her husband by turning a blind eye to his many adulteries, and keeping him well supplied with virgins. Friends of the Princeps, looking to extenuate this goatish behavior, insisted that his affairs were the result of calculation, not of lust, and that he only ever bedded the wives of senators he wished to keep an eye upon. Others were not so sure.

A man as promiscuous as Augustus was reputed to be seemed, to many citizens, lacking the self-control that was properly the mark of a Roman. Unchecked sexual appetites, while only to be expected in a woman — or, of course, a Greek — were hardly appropriate to a citizen steeled in the noblest traditions of the city. Energies devoted to sleeping around were better suited to serving the glory of the Roman people. Augustus’s reputation as a serial adulterer, far from boosting the aura of his machismo, cast him instead in an effeminate and sinister light. No man could be reckoned truly a man who was the slave of his own desires. Playboys who chased after married women were well known to be womanish themselves. The Princeps, it was whispered, smoothed his legs by singeing off their hairs with red-hot nut shells.

Extracted from Dynasty: The Rise and Fall of the House of Caesar by Tom Holland, published by Little Brown Book Group