The Most Beautiful Baroque Buildings in Turin, Italy 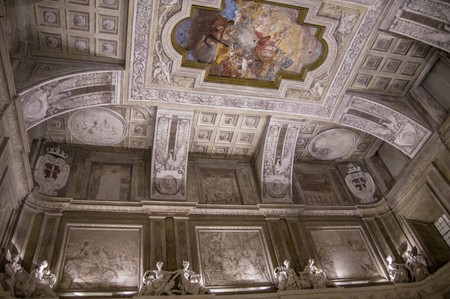 One of the ceilings inside Palazzo Madama | © stefano Merli/Flickr

In the 17th and 18th centuries, thanks to the successive Dukes of Savoy, leading architects Guarino Guarini and Filippo Juvarra worked extensively in Turin. Guarini was a major innovator in the Italian Baroque period, and Juvarra was his worthy successor. In turn, Juvarra influenced Turin-native architect Bernardo Vittone. United by typical Baroque principles, such as the dramatic use of light and embellishment, they each also had a unique style. Listed here is some of their most beautiful work.

In the heart of the historic centre of Turin is Piazza Castello, which hosts two major Baroque structures designed by Juvarra – Palazzo Reale (Royal Palace) and Palazzo Madama. The latter was so admired by Napoleon that he made it his Turin residence. Juvarra is celebrated for his weightless details and dignified simplicity, and these two buildings stand in testament to his mastery of majesty without pomp. Palazzo Reale was originally built in the 16th century and underwent modification by the architect at the request of princess Christine Marie of France in the late 17th century. The ochre palace seems infinite, stretching out on three sides of a rectangle with an elegantly arched but simple frontage. Palazzo Madama dates from 1003 and the façade was added by Juvarra in 1718. The rear of the castle remains in its medieval form so it is an incredibly unusual structure for this reason alone. Juvarra’s façade is a true baroque masterpiece. Three long, arched windows with complex ironwork are set above the piano-nobile between pilasters of a composite order. Three additional windows on either side provide balance, and the protruding elements are accented by use of a lighter stone. The interior is perhaps even more spectacular – Juvarra’s monumental and lofty double stairway has been replicated in buildings around the world. The decoration of the first-floor rooms are more typical baroque – deep rich colours are combined with heavily gilded and dramatic carvings. 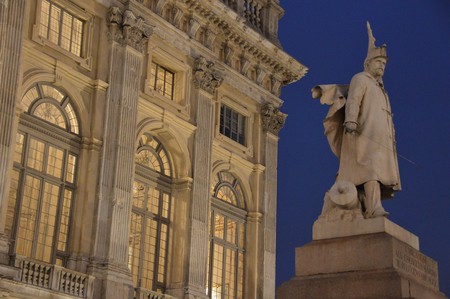 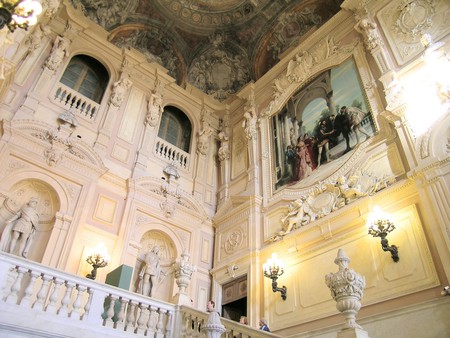 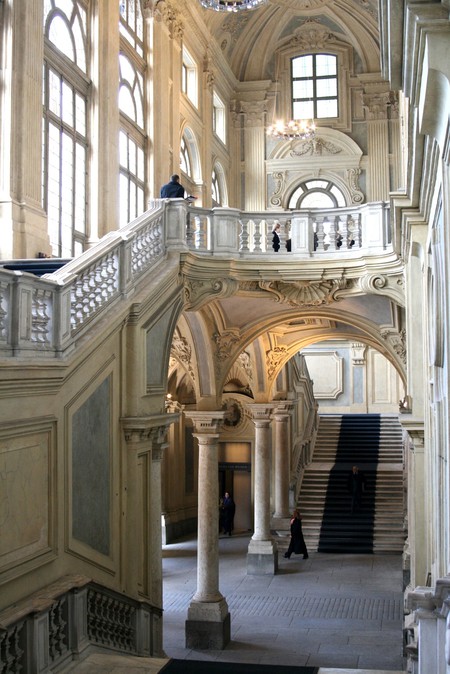 Chiesa di San Lorenzo was conceived as a chapel for Palazzo Reale situated in the central Piazza Castello. It was designed in 1668 by Guarini, the monk who was also a brilliant architect and probably the most flamboyant of those working in the Turin. The style of Chiesa di San Lorenzo is notably influenced by Borromini, a seminal figure in the emergence of Roman baroque architecture, but also speaks to Guarini’s innovation of form. Circular forms are repeated throughout – the eight-sided dome has eight oval windows, each topped by a semi-circular pediment. Above this sits a pyramid of semi-circular, windowed arcs, and rising from the pyramid is an octagonal pavilion topped by yet another small dome. The geometry is complex, but the creamy stucco lends it a sublime serenity. In great contrast, the church interior is a chamber of dark marble and heavy gilt bronze. In the main altar, unusual curved and angular lines travel upward to the central octagonal opening; light beams through and accents the multiplicity of shapes. Guiding natural light to the geometric intricacies of his design is typical of Guarini. 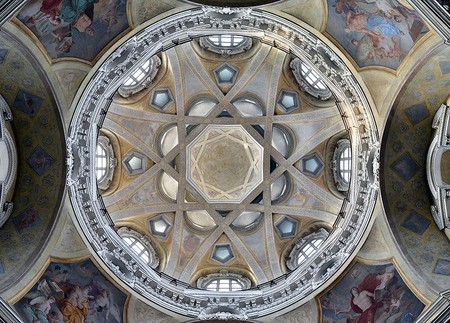 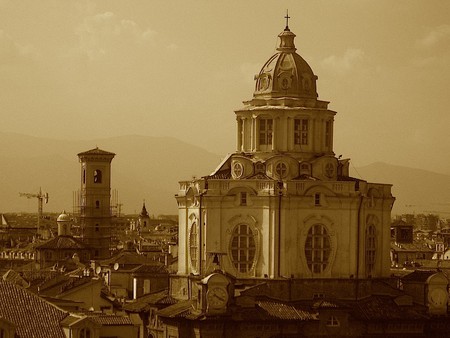 Guarini applied a similar methodology to that used in the altar in Chiesa di San Lorenzo, for the Chapel of the Holy Shroud within Chiesa di San Giovanni (also close to Palazzo Reale).

Palazzo Carignano is a testament to Guarini’s ability to play with curved and circular shapes in a secular setting. For this 1679 commission, Guarini paired convex and concave frontage to create an undulating wave-like effect. The semi-circular balcony has a deeply inset curved hood and the windows are framed with fluid drapery. The fluidity and soft edges of Palazzo Carignano are distinct from the very angular, boxy palaces that were commonplace at the time – Palazzo Reale, for example. 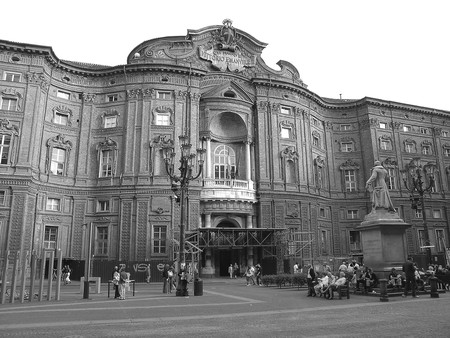 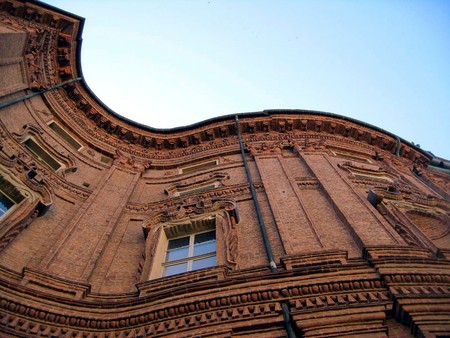 In the 18th century, under the rule of Vittorio Amadeo II, Turin was facing likely defeat by the French army. The story goes that whilst visiting a small chapel on the tallest hill overlooking the city, Amadeo vowed to build a church if Turin was victorious. And so the church was built on the Superga hill with stunning views over the city and wider landscape. From here you can see peaks of the Alps such as Monviso, Orsiera, Rocciamelone, Gran Paradiso, Apostoli, Torre di Lavina and Monte Rosa with Doufour peak. Juvarra’s structure is dominated by the soaring dome, supported on four grand Corinthian columns. The interior is relatively simple (in baroque terms), and the absence of extravagant decoration emphasises the beautiful lines of the arches and barrel vaults. 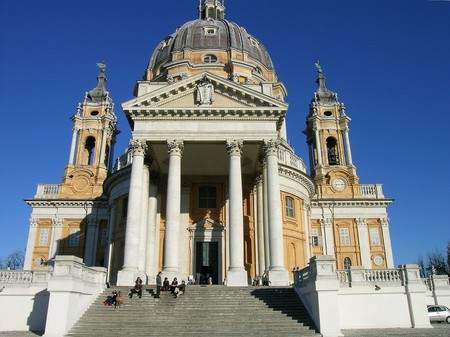 Via Giuseppe Garibaldi is a long street featuring (or adjacent to) several baroque architectural gems, including two churches by Vittone – Chiesa di San Francesco d’Asissi and Chiesa di Santa Maria di Piazza. It also features theChiesa del Carmine by Juvarra, and the Military Quarters (on Via del Carmine) built by Juvarra between 1716 and 1728 and later amended up by Ignazio Birago di Borgaro in 1768.