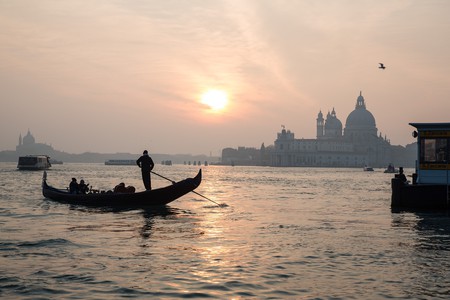 Since the 15th century Venice has been slowly declining from power, partly from the loss of territory to the Turkish empire and the loss of trade privileges. It is literally and metaphorically a city sinking into the waters. Jonathan Guilford explores the possible re-emergence of Venice, the declining ‘Queen of the Adriatic’, portrayed in Calvino’s Invisible Cities.

Venice is a city that has inspired many works of literature and different thoughts on it. For James Fenimore Cooper, Venice represented a ‘civilisation entirely novel’. For Ruskin, Twain, Byron and Disraeli, Venice was a mercurial apparition, a dream-like phantom. It draws similarities with the music movement, La Serenissima, which has often been portrayed as exceptional, singular or oneiric: it is the ‘finest drawing room in Europe’, the ‘sole refuge of the good’ or ‘another world’.

Uniquely among its interpreters, one author instead found in the Queen of the Adriatic a sense of universality, of convergence and of revelation. In 1972, Italo Calvino’s Invisible Cities was published, the book which the author would consider his ‘most perfect’. Within its description of 55 fictional cities, related by the traveller Marco Polo to the emperor Kublai Kahn, Calvino sketches out principles of epistemological theory, questions of moral and political commitment, ontological paradoxes and the march of urban progress; as much as anything else, however, the book is also an exploration of the spaces of Venice, of the ambiguities in a city so devoid of the features of other perhaps more natural, cities. Working from a frame as gossamer-fine as Venice, Calvino meticulously adds and subtracts elements in order to construct an image of the world.

In the autobiographical Hermit in Paris, Calvino describes the French capital as an ‘encyclopaedia’, brimming with facts, classifications, and names: it is full of other discourses. In one of the invisible cities, we find the opposite: the city as ‘armature’, as a skeleton, as a void waiting to hold a description of the world. This is Venice, the negative of a city like Paris, or equally of London, Berlin, or Rome. It is also the ‘lightness’ that Calvino so admired in other literature and strove for in his own. So it is that the city of canals and gondoliers floating by, of political institutions hardly seen and secrets delivered anonymously, gives rise to visions of cities suspended on webs, dangling over precipices, rising in the slender pillars of aqueducts or stripped down to their piping. 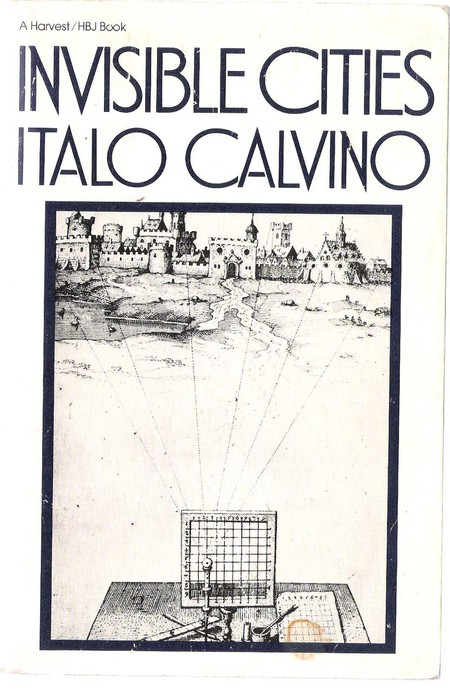 Happiness is found in lightness, in that bare frame on which every element of the world can be placed, and so the greatest visions of happiness in the book are those of birds and flight. The ‘inferno’ is found in weight or in an inability to escape, in a uniformity that does not allow for spectacular or novel elements, or in the endless proliferation of things that are unremarkable. Just as the ancient city of Venice holds the homogenising artefacts of industry at the edge of the lagoon, where Mestre oil refineries unleash flames into the sky, Invisible Cities holds away the traits of ‘inferno’ so that those things that are not of the inferno can − as the fictional Marco Polo advises − be given space.

Invisible Cities does not, however, suggest that receding from the world and becoming a cipher in this sense is in any way a simple answer to the question of how to live in the world. Quite the opposite: just as Venice has declined in recent centuries until it can hardly be called a city anymore, so too the armature-city one day will have ‘languished, disintegrated, disappeared’. This essential pessimism is repeated in Hermit in Paris, where Calvino writes that Invisible Cities was informed by the sensation that the world was moving ineluctably towards a horrific, faceless future.

This is not to say that the defeat is complete. Something about Venice remains, even for those of us that come to it all of these years after its fall, something inspiring and magical, something hopeful. In the invisible city of Argia, which has been completely buried underground, Calvino’s dreaded weight has crushed the inhabitants, destroying their bodies. And yet, somehow, the city endures: ‘putting your ear to the ground, you can sometimes hear a door slam.’