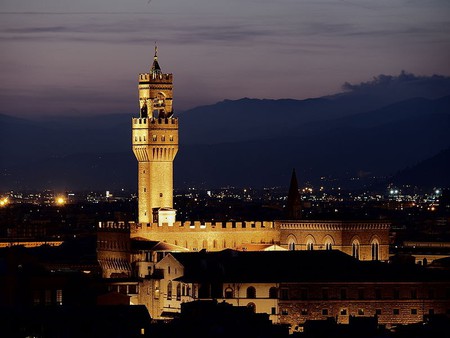 The most important civic palace of Florence, Palazzo Vecchio, is home to magnificent treasures, including the Hall of Geographical Maps, or Sala delle Carte Geografiche, located on the second floor of the building, a place where Cosimo I used to keep all the goods of the family.

The Hall of Maps is simply stunning: it was designed by the great Giorgio Vasari, one of the most influential artists of the 16th century who worked for the Medici family. Vasari envisioned this room inside the stunning Palazzo Vecchio adorned with maps of the known world at that time, portraits of important personalities and also illustrations of exotic plants and animals.

The room has a magnificent wooden ceiling, realized by Dionigi Nigetti, a Florentine architect. Once inside the room and before admiring the maps, spend a moment taking in the wonderful work.

The most wonderful thing to admire in the hall of geographical maps is undoubtedly the walls, which are occupied by wardrobes decorated with 53 maps painted between 1563 and 1589 from Egnazio Danti, a Dominican friar, and Stefano Buonsignori, an Olivetan monk.

The Maps Derived from Ptolemy’s Geographia

All the maps are absolutely stunning and have great historical interest because they offer invaluable geographical knowledge during the second half of the 16th century. But the most impressive part of the maps is the one derived from Claudius Ptolemy’s Geographia, a great Roman-Greek astrologer and astronomer considered one of the fathers of geography . 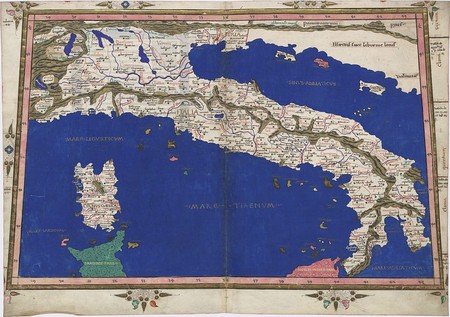 At the centre of the room is the great exposed globe, or map mundi. It was realized by Egnazio Danti, who, after his work in Florence, was called to Rome where he created the Vatican Gallery of Maps. After being located elsewhere, in the last century it was returned to its original place. 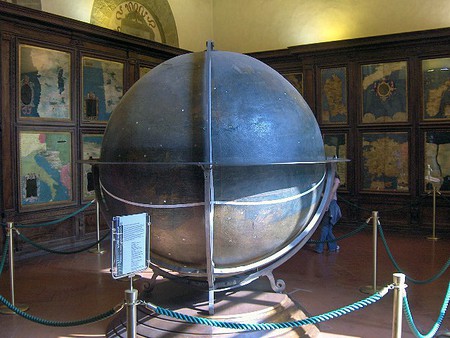 The Map of Armenia

One of the coolest peculiarity of the hall is the presence of hidden secret passages to other rooms, normally not accessible by the visitors. For example, behind Armenia’s map is a secret passage leading to the former room of Duchess Bianca Cappello, who was the second wife of Francis I de’ Medici.

Another curiosity is the presence of a small window protected from a grate in the room. It was used by Duchess Bianca to observe, and at the same time allow her to remain hidden from, the majestic Salone dei Cinquecento, the biggest and most beautiful room of Palazzo Vecchio, used as the council meeting room. 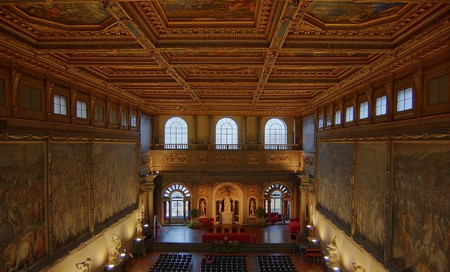