The 15 Best Cities In The World For Culture Lovers

Wonderful architecture, world-class art galleries and museums, a flourishing literary scene, rich history, a hotbed for the performing arts and for musical creativity – these are all the hallmarks of a great cultural city. Here’s a list of 15 of the best in the world for you to explore, from east to west and north to south.

There’s something to suit everyone in London. Literary sites like Baker Street and Keats’ House in Hampstead are worth seeing. Then for fans of the performing arts, the English National Opera, the West End theatres, and the London Symphony Orchestra at the Barbican are great places to explore. For more contemporary acts, have a look at what’s on at Earl’s Court, Brixton Academy or the O2 Arena. Finally, art lovers are handsomely catered for with the British Museum, National Gallery, Royal Academy, Tate Britain, Tate Modern and the Saatchi Gallery. 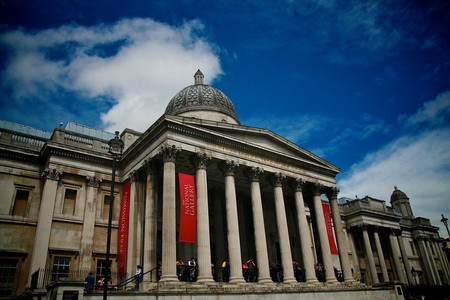 This northern Indian city is one of the oldest continually inhabited cities in the world, with evidence of settlements dating back to around 1100 BC. But age is not the only reason behind Varanasi esteemed cultural status: the city is considered the spiritual capital of India, being a symbolic place for both Hindus and Buddhists. The city is a major site for pilgrimage, as Hindus believe that dying in Varanasi brings salvation. Buddha is also thought to have given his first sermon here in around 528 BC, leading to the founding of Buddhism. This religious center has also been home to many important Indian philosophers, poets, writers and musicians. The Indian poet Goswami Tulsidas (c. 1532-1623) wrote one of the greatest works of Hindi literature here: the epic poem Ramcharitmanas. The art and designs from Varanasi are also a cultural highlight, as the city is a admired producer of fine carpets, ivory work, perfumes, copper ware and silks with intricate gold and silver thread work. 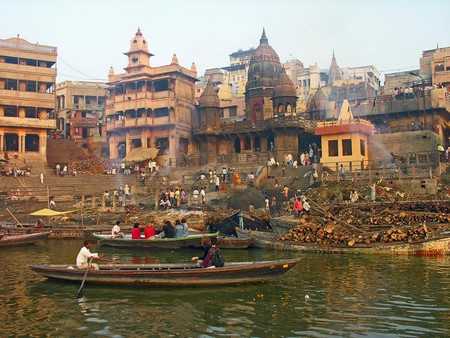 There are more national museums in Shanghai – 27 in total – than anywhere in the world. Then there are the iconic landmarks like The Bund on the Huangpu and the Yuyuan Gardens, and those museums. Two of the best are the China Art Museum and the Shanghai Museum that’s full of ancient bronzes, ceramics, and calligraphy. 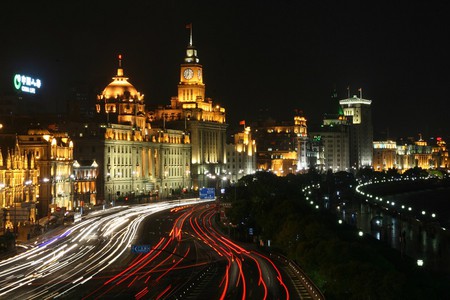 Granada in Andalusia, Spain has a unique culture, a reflection of its Moorish past. Granada is the city of Lorca, the greatest of Spanish poets, and you can see the ancient Arch of Elvira referenced in his work. There’s lots of flamenco played here too – in bars and restaurants and a festival is held in the caves of the Sacromonte district. Granada’s main event is the magnificent Islamic architecture of the Alhambra built by the emirs of Al-Andalus, which is now a UNESCO World Heritage Site. 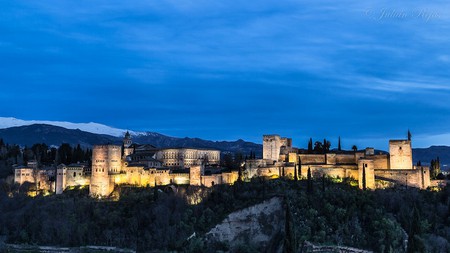 Walking around Rome you can admire the classical ruins and the masterpieces of the Renaissance and Baroque eras built by the popes. The palazzos, piazzas, churches and fountains are by master architects like Michelangelo, Bernini and Borromini. The Vatican Museums are unmissable and culminate in the Sistine Chapel. For film aficionados, Rome was the home city of the director Fellini and the setting for ‘La Dolce Vita,’ one of the classics of European cinema. 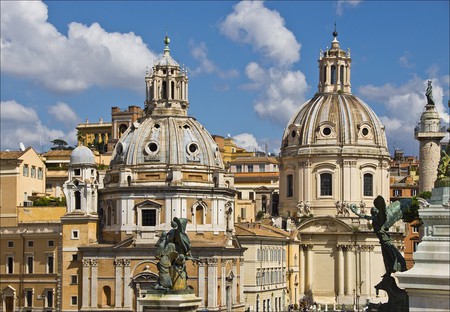 Kyoto was the capital of Imperial Japan for a thousand years and is full of museums and extraordinary cultural sites. It’s home to a fifth of all of Japan’s National Treasures and Important Cultural Properties, and there are galleries dedicated to Japanese and Buddhist art. The ‘Historic Monuments of Ancient Kyoto’ is the main attraction, made up of 17 historic structures including Shinto shrines, Zen Buddhist temples, palaces and the Nijo Castle. A UNESCO World Heritage Site, the Monuments are an incredible anthology of ancient Japanese architecture. 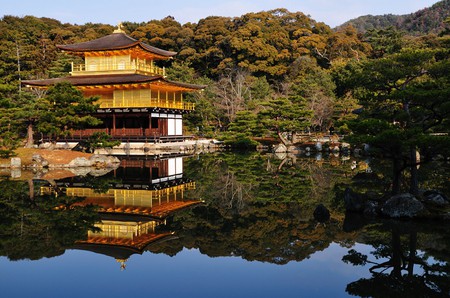 This magnificent capital of Persia from 1598 to 1722 is now the third largest city in Iran. Isfahan is considered one of the most beautiful cities in the world. As well as its many gorgeous boulevards, astonishing Persian-Islamic architecture, palaces, mosques and minarets, Isfahan is home to one of the largest and most impressive city squares, the Iman Square. This city is more than just beautiful, however, as it is home to wide range of impressive architecture and historical monuments. The bridges over the river are particular gems. The oldest of these is the Shahrestan Bridge, whose foundations were built between the third to seventh centuries and it is a prime example of Sasanian architectural style. Further sites include the 17th-century Imam Mosque, which is viewed as a masterpiece of Persian architecture for its stunning mosaic tiles with calligraphic inscriptions in seven different colors. Meanwhile, the Ali Qapu is an early 17th-century, seven-story royal residence with stunning wall paintings. Isfahan is also the home to several important art institutions, including the Museum of Contemporary Art and the Natural History Museum of Isfahan, housed in a 15th-century, Timurid era building. 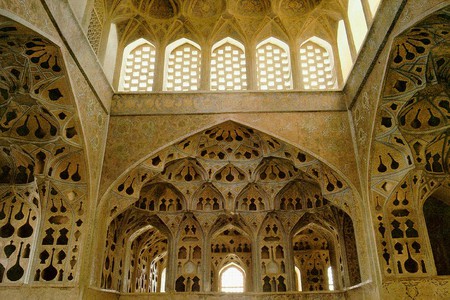 Where to start with New York? It’s the cultural capital of America and home to Broadway for musical and theater lovers. Then there’s the huge Lincoln Center for Performing Arts where you’ll find the New York Philharmonic, Met Opera, Ballet and major jazz performances. There are countless clubs and smaller venues like The Blue Note and the Knitting Factory. The city that’s home to genres like punk, disco and hip-hop is also the American home of modern art, where the likes of Duchamp, Rauschenberg and Mondrian had studios. There are hundreds of galleries to explore, with the Museum Mile on Fifth Avenue a good starting point. 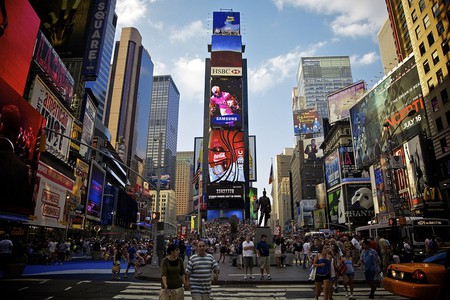 Straddling Europe and Asia, it is not surprise that Istanbul is a hotbed of culture. Its history is rich too: the city was originally called Byzantium when it was founded in around 660 BC. Yet by 330 AD it had been renamed Constantinople and over the next 16 centuries it was the imperial capital for the Roman, Byzantine, Latin and Ottoman empires. Istanbul’s architecture is therefore eclectic, reflecting the range of cultures and empires which have inhabited it. The Valens Aqueduct, built by the Romans in the late fourth century AD still survives, as does the Column of Constantine, built in 330 AD to commemorate the declaration of Byzantium as the new capital of the Roman Empire. These monuments are somewhat overshadowed, however, by the peak of Byzantine architecture – the Hagia Sophia. It was originally the largest cathedral in the world, before being converted into a mosque by the Ottomans. The Ottomans were also responsible for building the city’s largest palace, the Topkapi, which employs a wide range of architectural styles. Today, Istanbul’s cultural scene is just as impressive as its architecture. The city is central to Turkey’s film industry, with films such as Usak (2002) and My Father and My Son (2005) garnering international success. The Istanbul Biennale has also been hosted in the city since 1987, gradually rising in prestige to equal that of the Venice and Sao Paulo art festivals. 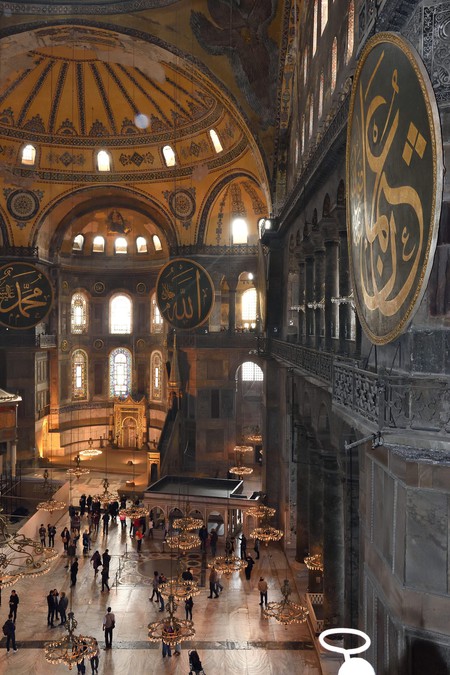 The City of Art, synonymous with culture and beauty, Paris was home to countless leading artists in the 19th and 20th centuries. You’ll find their graves in the cemeteries of Père Lachaise, Montmartre and Montparnasse, and their works in galleries like the Louvre and the Musée d’Orsay. A great writers’ city too, Paris was home to Baudelaire, Flaubert, Maupassant and Proust, whose cork-lined room on the Boulevard Haussmann has been reconstructed at the Musée Carnavalet. Then there are the jazz clubs, the historic Palais Garnier opera house and the haute cuisine of the bistros and brasseries to explore. 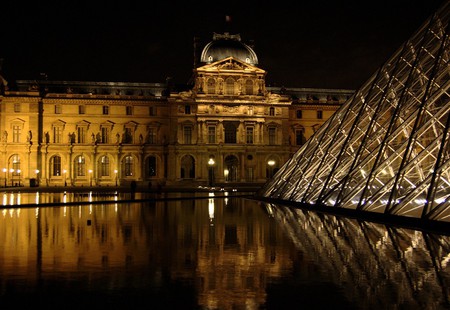 Not only is Jerusalem one of the oldest cities in the world, it is also central to the religions of Judaism, Islam and Christianity. According to Jewish tradition, King David conquered the city in around 1000 BC and made it the capital of the Kingdom of Israel. For Christians it is the site of Jesus’ crucifixion and for Muslims it is where the prophet Muhammad ascended from into heaven. Unsurprisingly, Jerusalem’s Old City is home to numerous important holy sites, including the Western Wall – the remains of the great Jewish temple destroyed by the Romans 2000 years ago – the Church of the Holy Sepulchre, and the Dome on the Rock. But Jerusalem hasn’t only made it to our list of the most cultural cities in the world because of its religious sites. The Israel Museum holds an extensive collection of Israeli and European art; the Rockefeller Museum has an impressive archeological collection; and the Yad Vashem Holocaust Memorial Museum is home to the largest library of Holocaust-related information, holding approximately 100,000 books and articles, and commemorates the murder of 1.5 million Jewish children by the Nazis. 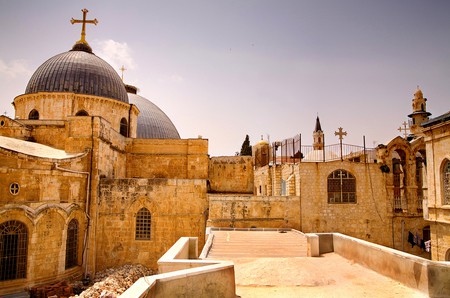 The Church of the Holy Sepulchre | © Israel Tourism/Flickr

Florence is the birthplace of the Renaissance, home to poets like Dante, Boccaccio and Petrarch, and once ruled by the Medici family, the patrons of Michelangelo, da Vinci and Botticelli. There is breathtaking architecture aplenty to enjoy like the Campanile of Giotto and the iconic Duomo of Brunelleschi, and then some of the finest galleries in the world to explore. The collections of the Uffizi and the Pitti Palace show off many works of the Florentine School of painters like Donatello, Fra Angelico and Botticelli amongst others, while in the Accademia Gallery, you’ll find Michelangelo’s David. 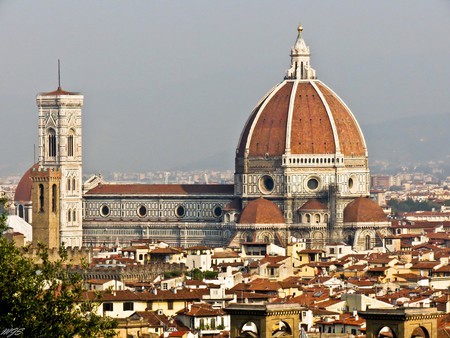 If Paris is the City of Art, then Vienna is the City of Music. And it’s the city of Freud where the science of psychoanalysis was born that underpinned so much modernist art and literature. Vienna has been home to Mozart, Mahler, Beethoven and Johan Strauss II. There are concerts everywhere – in the parks, in churches like Stephansdom, and in fine venues like the Staatsoper and the Wiener Konzerthaus. The Museums quartier is a major cultural district too, where you’ll find the Leopold Museum and the Kunsthistorisches Museum that’s full of works by Old Masters. Vienna is famed too for its Art Nouveau buildings, especially those by Otto Wagner. 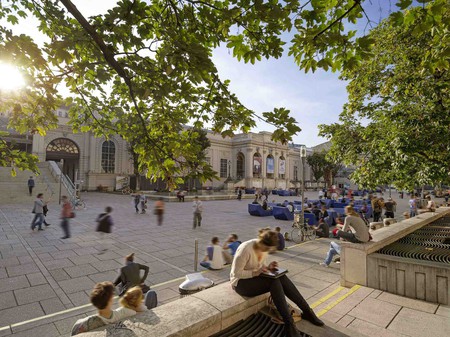 Founded in 331 BC by Alexander the Great, Alexandria was second only to Rome in terms of power in the ancient world. But it was also an important center for learning. It was home to the Royal Library of Alexandria – one of the most important and largest libraries in the ancient world – and many of the most celebrated scholars of the ancient world studied here. The exact occasion when the library burnt down is disputed, but its destruction is widely viewed as a tragic loss of cultural knowledge. Modern Alexandria may not be able to rival this almost mythic status that has been ascribed to the city in ancient times, but the city has had an important role in modern literature. The Alexandria-born Greek poet Constantine P. Cavafy (1863-1933) was instrumental in the revival of Greek poetry, and expatriate British writer Lawrence Durrell wrote his most famous work The Alexandria Quartet while living in the city. 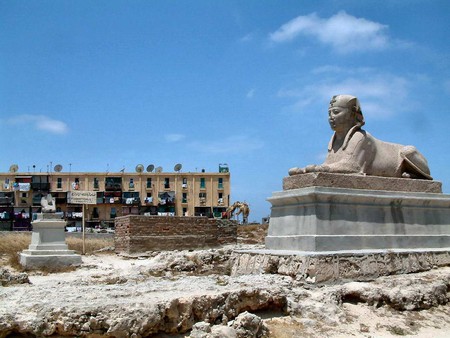 Samarkand in Uzbekistan is described by UNESCO as ‘a masterpiece of Islamic cultural creativity’ and a crossroads of world cultures for over two millennia. Samarkand is dominated by the Old Town of the 14th and 15th centuries, which comprises a series of mosques, madrassahs, and mausoleums. Together they form the highest artistic and architectural achievement of Central Asia. The houses are filled with interior decoration and courtyards, with particular notable sites being the Bibi-Khanum Mosque, the Registan and the Ulugh-Beg Observatory. 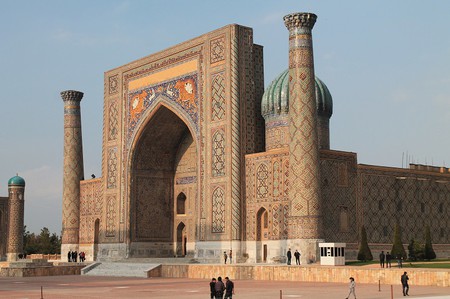 (c) Robert Wilson/Flickr
Give us feedback