The 15 Best Cities In The World For Music Lovers 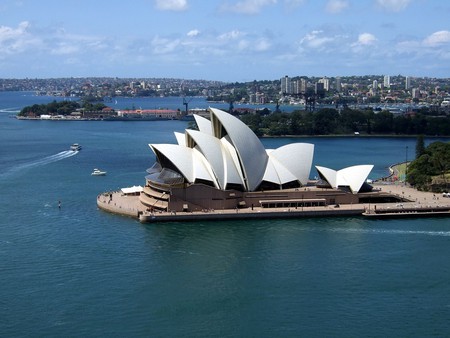 There are cities the world over that are perfect for lovers of music. From the classical grandeur of Milan to the rhumba and mambo styles of Havana and the salty simplicity of country and western in Nashville, here are 15 cities distinguished for having some of the best music venues, a great musical heritage, and being centers for stylistic development.

Milan is the ideal place for opera buffs, as well as electro and dance fans. La Scala is perhaps the finest opera house in Italy. Dating back to 1778, the venue has premiered works by Verdi, Stockhausen, and Puccini, including Turandot and Madame Butterfly. You can explore the history of the opera house at the Museo Teatrale alla Scale, or you can head to the Milan Auditorium where the Verdi Symphony Orchestra and Choir are based. The nightclub scene is very strong here, too, and fans should head to venues like Fabrique Milano, Black Hole, and Circolo Magnolia.

Vienna can lay claim to being the European capital of classical music. It was here that Mozart, Beethoven, Haydn, Schubert, Mahler, and Brahms spent much of their time studying and working. You can catch outdoor ensembles in the city’s parks or head to regular recitals in one of the great venues of Vienna like the Wiener Konzerthaus, the Theater an der Wien, the Wiener Musikverein, the Staatsoper, or the Volksoper. Famously, Vienna is the home of the waltz, including “The Blue Danube Waltz” by Johan Strauss the Younger, performed here first in 1867. 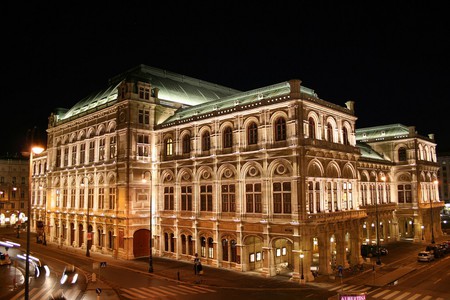 London is the city with just about everything for music fans. For classical, try the London Symphony Orchestra at the Barbican Center; for opera, head to Covent Garden. For contemporary big name acts, there are famous venues like the O2 Arena, the Hammersmith Apollo, and Earl’s Court. At smaller venues like Ronnie Scott’s Jazz Club, the Half Moon in Putney, the Camden Roundhouse, and Barfly you’ll find up-and-coming artists. You can take in the history of the city at the center of the swinging ’60s at Abbey Road Studios, where the likes of The Beatles and Pink Floyd recorded here. 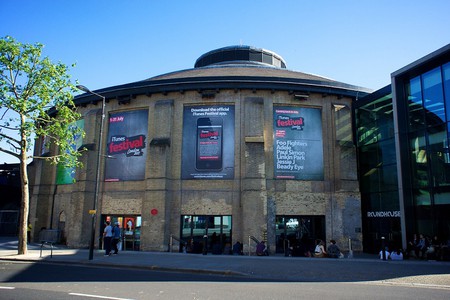 Tennessee’s Memphis is the home of the blues and a key center for gospel and soul music. It was here in the early 1950s that rock’n’roll was born. Since the early 20th century, the Beale Street neighborhood has been a center of African-American clubs and bars. The “Father of the Blues” W.C.Handy wrote “Beale Street Blues” in honor of the street where you’ll find countless venues, including B.B.King’s Blues Club. Be sure to visit Sun Studios, where the likes of Johnny Cash and Jerry Lee Lewis recorded, and a young unknown named Elvis Presley cut his first single in 1954. The great Stax Records — the company behind Wilson Pickett, Otis Redding, and Booker T. — and the MG’s were based here, too. 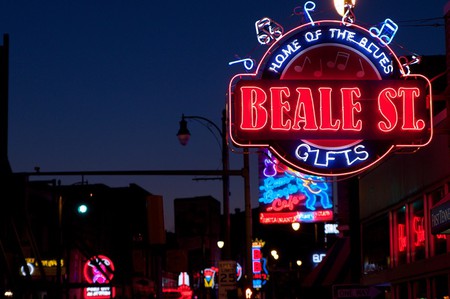 Johann Sebastian Bach worked in the historic German city of Leipzig from 1723 until 1750 as the Director of the St Thomas Choir. Wagner was also born and educated here, and Mahler spent time in Leipzig. Today, it’s still a major center for classical music, hosting the International Bach Competition Festival, the Leipzig Gewandhaus Orchestra, and the University of Music and Theatre, which was founded by Felix Mendelssohn in the 19th century. And in recent years, Leipzig has a center for so-called “dark music,” including the venue of the huge Wave-Gothik-Treffen Festival dedicated to goth, neo-medieval, and darkwave genres. 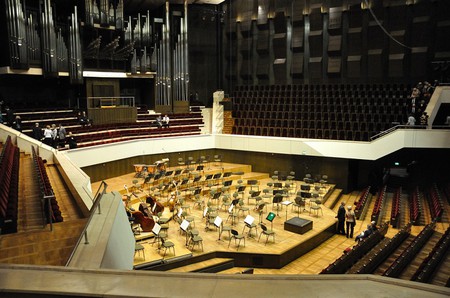 The Cuban capital has a hugely diverse music scene, reflecting the generations of migrants and slaves brought here, each with their own musical culture. African rhythms and percussion have been moulded with Spanish guitars and traditions to form genres like mambo, son Cubano, charanga, Cuban jazz, habanera, and cha-cha-cha. You’ll find music in the bars and cafés across Havana, especially in the Old Town of Havana, La Habana Vieja. If you need a good starting point for exploring Cuban music, try the documentary Buena Vista Social Club. 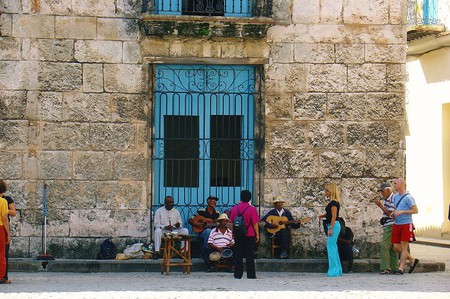 UNESCO declared Bologna a “City of Music” in 2006 on account of the tradition of musical excellence in the city, and the role it played in the city’s social and economic development. You’ll find a mixture of classical, electronic, jazz, folk, and opera all celebrated in Bologna. The opera house, the Teatro Communale, has seen premieres by Rossini and Verdi, whilst the International Museum and Library of Music is full of historic instruments owned by great composers. As a festival venue, Bologna is home to international events centered on jazz, classical, and electronic music, like the Robot Festival. Excellent smaller clubs include the Bravo Caffé, Bar Wolf, and Kinki, where Jimi Hendrix once played. 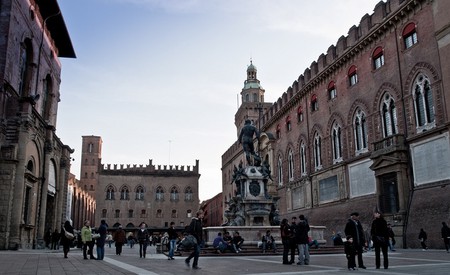 Sydney has worked hard to become a great musical center. These days visitors can check out the stunning Sydney Opera House where the Sydney Symphony Orchestra are based, and take in open-air opera at Sydney Harbor organized by the Handa Opera organisation. Outdoor opera draws hundreds of people every Australian summer, with 2016 seeing Turandot being performed. There are plenty of venues hosting major bands like the Allphones Arena where the Rolling Stones have played, the Hordern Pavilion, and smaller clubs like The Basement and The Metro.

Rio is home to the bossa nova genre that blends samba and jazz and gave us “The Girl from Ipanema,” believed to be the second-most recorded song in popular music history. Moreover, Rio is home to samba carioca, funk carioca, Brazilian hip hop, and the Rio Carnival each year on Mardi Gras where the samba bands take ownership of the streets. Venues play live music all over the city – look out for major clubs such as Carioca de Gema where live samba is big, and Fosfobox, where you can sample funk carioca which is a heady mixture of electro and synth.

Downtown “Music City,” the home of country and western, is full of bars and clubs where you’ll find live music on almost any night. The Grand Ole Opry radio show has been broadcasting to millions every week since 1925, and the Ryman Auditorium, where it was originally held, can be visited. Then there’s the Country Music Hall of Fame, which is full of historic records, memorabilia, and instruments from the greats like Earl Scruggs and Johnny Cash. 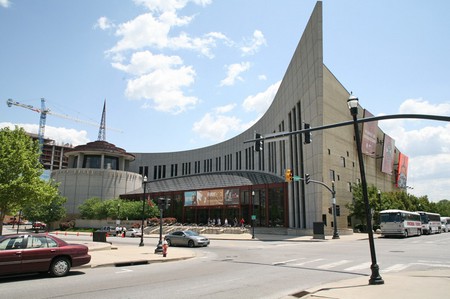 Berlin has always been a great city for artists and performers. David Bowie lived here in the late ‘70s along with Iggy Pop and both recorded major records in the city — you can take guided tours of the sites where they lived and partied. Then there’s the club scene, which is known as the best in Europe. In the late ‘70s, the punk scene was centered on the SO36 club, whilst venues like Tresor and Berghain are two of the top techno clubs worldwide. And for classical fans, there are seven symphony orchestras in the city, including the Berlin Philharmonic conducted by Sir Simon Rattle and the State Opera led by Daniel Barenboim.

Another European capital with sites galore for music lovers, Prague was where Mozart’s Don Giovanni and La clemenza di Tito were premiered in the 18th century at the historic Estates Theatre. The Czech Symphony Orchestra is based at the magnificent Rudolfinum, where the Prague Spring International Music Festival is held focusing on classical and chamber music. There’s also a major jazz festival that’s been held each year since 1964, welcoming the likes of Dave Brubeck, Count Basie, and Benny Goodman. And check out the Dvorak Museum for information on the Czech Republic’s finest composer.

Austin styles itself as “The Live Music Capital of the World,” with more music venues per inhabitant than anywhere else in America. You’ll find hundreds of venues open each night, serving up everything from rockabilly, funk, Afro-beat, jazz, country, blues, punk, and metal. The area around 6th Street is the historic entertainment district with great locations to visit, including The Continental Club Gallery and the Victory Grill where the likes of Etta James and Billie Holiday once played. Austin is also a major festival location – the big ones are the Old Settlers’ Music Festival, South By Southwest, and Austin City Limits Festival. 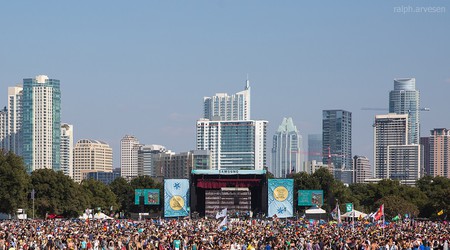 The musical heritage of Paris has many sides to it. It’s been home to great composers like Berlioz, Saint-Saens, Bizet, Ravel, Debussy, Chopin, and Offenbach, and the Palais Garnier is one of the great opera houses of the world. It’s home to gypsy jazz too, epitomized by Django Reinhardt and Stephane Grapelli, and you’ll find plenty of jazz clubs in Paris today. Additionally, Paris is the city of great chanteurs and chanteuses like Edith Piaf, Yves Montand, and Marcel Chevalier in the cellar bars and clubs, and traditional bal-musette accordion music on street corners. 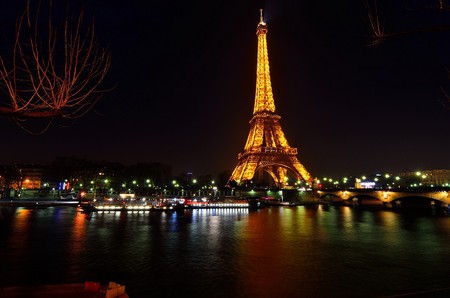 New York is the city where doo-wop originated, where bebop and hip hop have their roots, and disco began at clubs like Studio 54. Folkies should head to Greenwich Village where the likes of Fred Neill and Bob Dylan started out and fans of proto-punk bands like Television, Patti Smyth and Lou Reed should check out the remains of CBGB, the club where The Ramones started out. Today the city is home to bands like The Strokes and Beach Fossils, as well as the New York Philharmonic and Broadway for fans of the classics and musical theatre. Brooklyn also hosts a thriving music scene, with venues such as Baby’s All Right in Williamsburg and the Silent Barn in Bushwick catering to the newest projects.