The 10 Coolest Places To Visit In La Spezia, Italy 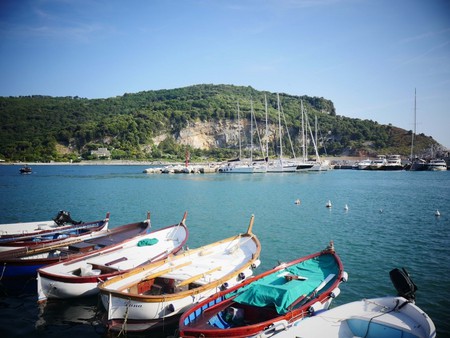 While the charming five towns of Cinque Terre remain the most defining features of the Province of La Spezia, many other nearby municipalities and islands, with just as much character, seem to have slipped under the radar. From the jade-green mountainside of Biassa to the ‘queer little crumbling village’ of Porto Venere depicted by Henry James over 100 years ago, we shed the light on La Spezia’s most underappreciated places. 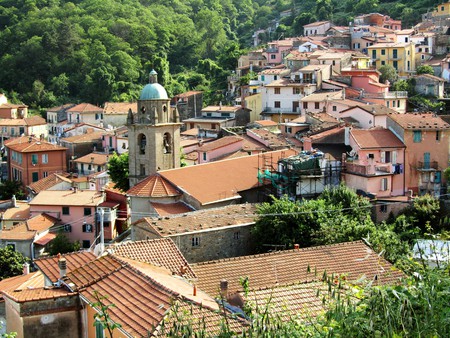 Perched 330 metres above sea-level and placed against an enchanting woodland backdrop, the quaint little hill top town of Biassa, overlooking the vast coastal stretch of the Italian Riviera, deserves your attention. Tucked out of view and awkward to reach, it is easy to see why this hidden gem goes un-noticed, but the pine-bordered garden of Ostello Tramonti will provide you with spectacular views of the steeply-stacked houses rolling down to the glistening waters below. Owing to its remoteness, there are few resturants, but La Locanda del Gallese, situated on the main street, provides the ultimate forest-inspired compromise, with dishes like tagliolini ai mirtilli con crema di funghi (traditional Ligurian pasta with blueberries in a creamy mushroom sauce). 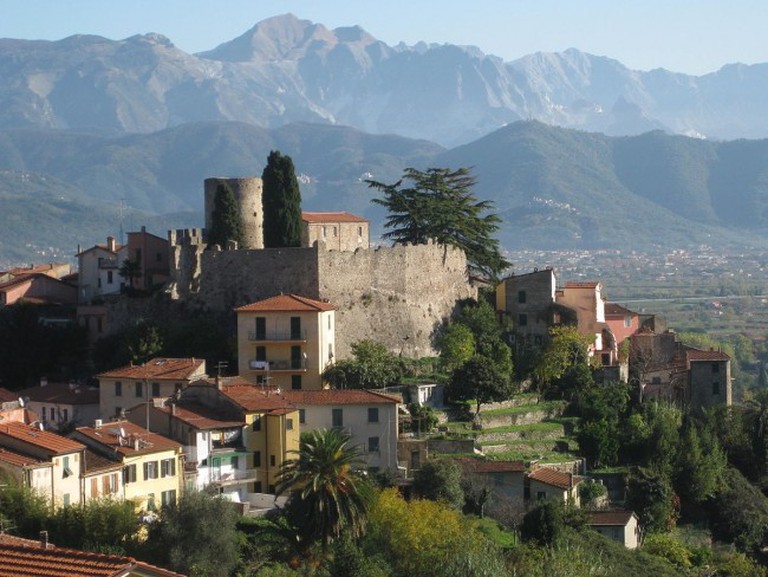 Cascading down the slopes of the Apuan Alps in the valley of the Magra Estuary, the small commune of Ameglia clings tightly to its time-worn castle and circular tower. Encompassing Montemarcello, Bocca di Magra, and Fiumaretta, Ameglia is home to the 4320-hectare Natural Park of Montemarcello-Magra. Offering a number of mountainous hikes and alder-lined river walks, the multifaceted nature of La Spezia’s landscape will soon become evident. After a tough workout, head to Ristorante Locanda Pescarino, for a plate of gnocchi di rapa rossa con erborinato e broccoli (beetroot gnocchi with blue cheese and broccoli) and sfogliatina di crema con fragile (Puff pastry with cream and strawberries). 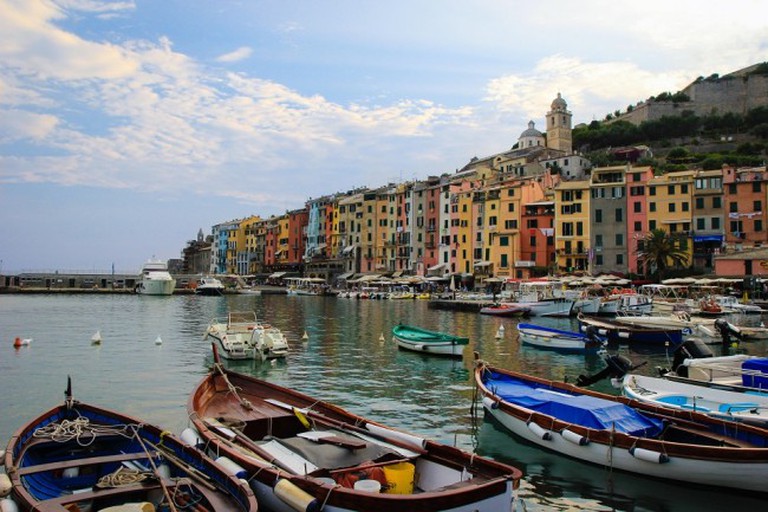 The UNESCO-recognized harbour town of Porto Venere sits at the mouth of the Golfo dei Poeti (Gulf of Poets), and encompasses the villages of Fezzano, Le Grazie, and Portovenere, along with the islands of Palmaria, Tino and Tinetto. While the striped church of San Pietro is among some of the town’s artifacts, Porto Venere, once frequented by English poet George Byron, is also punctuated by remnants of its literary past. The nearby collapsed cove of Grotta Byron, now teeming with such marine faunae as squid, conger eels, and large mullet, is said to have been the spot where the Romantic poet composed the highly revered ‘Corsair.’ 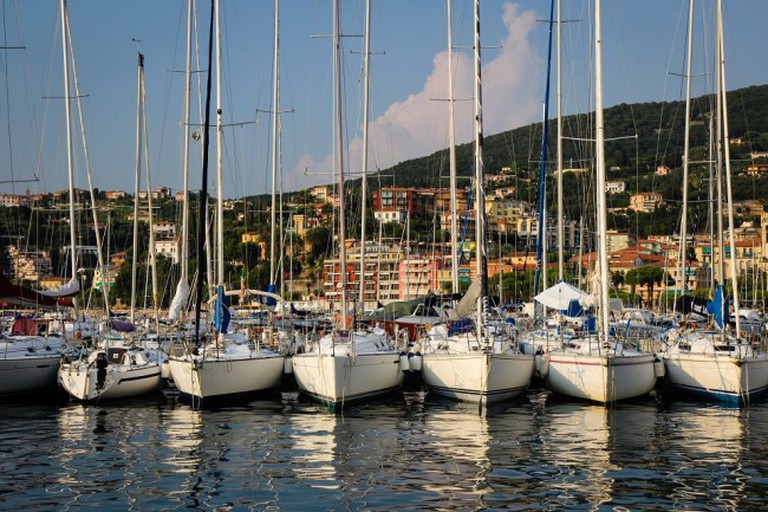 Sailboats in the harbour of Lerici, Italy | © Pank Seelen/Flickr

Formerly home to the major English Romantic poet, Percy Bysshe Shelley, the ancient Etruscan town of Lerici is located along the southern stretch of La Spezia, and is another Ligurian commune with a bookish background. Clustered around a harbor with slopes leading up to the overarching Castello San Giorgio, the bustling seafront, lined with trattorias, cafes and restaurants, is also splashed with the rainbow hues of the flea market every Saturday. To escape the crowds, the 15th century Piazza Garibaldi is just around the corner. Boasting a baroque style Church, Saint Francis, and the 13th century Oratory of San Rocco, you will also find Ristorante L’Ancora di Lerici. Making the most of the daily catch, this restaurant understands seafood, and recommends its calamari, shrimp, and skid-ink tagliolino pasta. 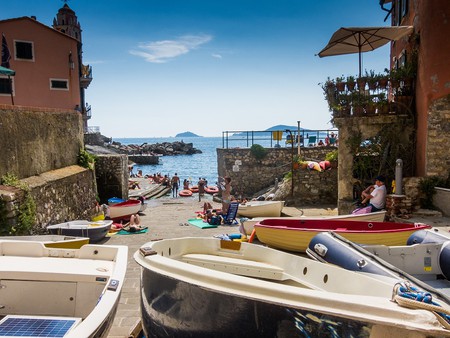 According to legend, a giant octopus saved the population of Tellaro by climbing up its church tower and ringing the bells, to warn the locals of Saracen pirates. Today, the iconic terracotta-coloured Chiesa di San Giorgio sits proudly on the town’s outskirts, overlooking the Gulf of Poets. Situated on the east coast of La Spezia, this small fishing town is a frazione of Lerici, and is listed as one of the most beautiful villages in Italy. Built with robust Etruscan fortifications, the town, furrowed with labyrinthine back-alleys, has an impressive piazza with the perfect view. Local specialities include farinata, a tart made with chickpea flour, and, testaroli, an unforgettable pesto pasta dish. 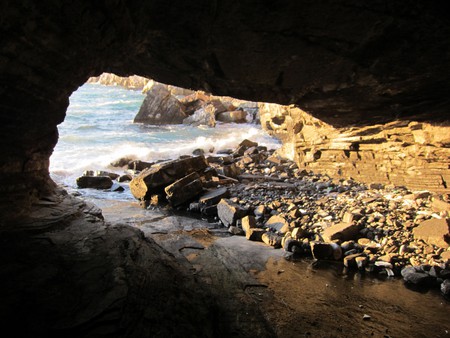 The Island of Palmaria, only accessible by boat, is the largest of the archipelago of three protected islands south of Porto Venere. The side nearer Porto Venere is draped in bars and restaurants, while the other is raw and rugged and tormented by rocks and rough terrain. Shrouded in pines, oaks and strawberry trees, the ecologically diverse island is also home to geckos, bats, and goat colonies, while its caves, Grotta Azzurra (Blue Cave) and Grotta dei Colombi (Cave of Doves), attract mussels and oysters. Open all year, Locanda Lorena B&B-restaurant near the harbor is proud of its torta di pere e cioccolato (pear and chocolate cake with hot chocolate sauce). 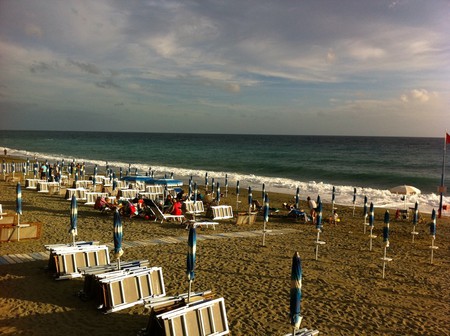 For something inconspicuous, the small town of Deiva Marina, not far from Cinque Terre, is tucked away in Monte Serro and Punta Mesco. Unlike the predominantly pebbled Ligurian beaches, the 800m wide Blue Flag beach of Deiva Marina is sandy, and is peppered with blue and white chromatic deck-chairs. Head to the woods, and you will find Camping La Sfinge (a campsite) with a number of affordable pitches for tents, caravans and campervans. Making the most of the coast and the countryside, this town’s food is humble and unassuming, and Ristorante Il Basilico’s specialities include ravioli di pesce a la Liguria (black and white ravioli stuffed with salmon in a seafood sauce). 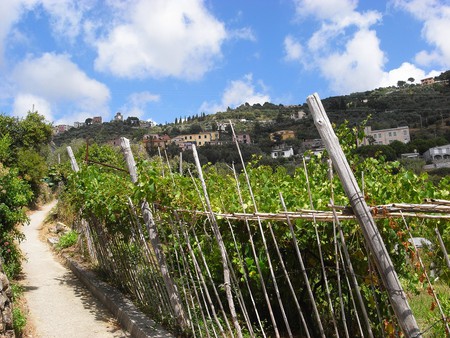 Like Cinque Terre, the harbour town of Framura is also made up of five prehistoric villages, Anzo, Ravecca, Setta, Costa, and Castagnola. This Ligurian commune, speckling the plush pinewood peak of Mount Serro, is freckled with charming little bays and rings with stories of its marble-quarried past. Set in Framura’s rustic backdrop, the secluded B&B, Sostio a Levante, not only raises free range hens and produces extra virgin olive oil, but it also offers bike rentals, the ultimate way to soak up the landscape. If that wasn’t enough, these proud agrarians produce their own fragrant Sostio Red- and Levante White-wine from their high-yielding, carefully cultivated vineyard. 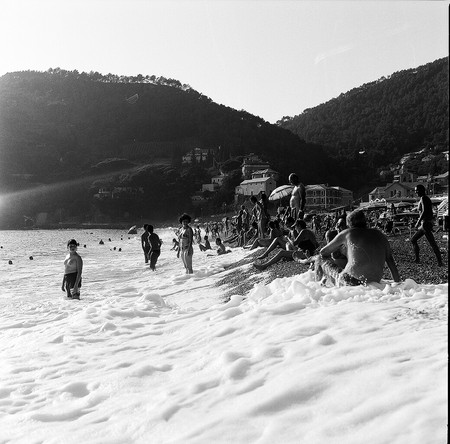 Bordered by the municipalities of Framura and Levanto, the town of Bonassola comprises the frazioni of Montaretto, Costella, Serra, Scernio, and San Giorgio. Boasting an arresting silver-sanded beach, the town also specialises in focaccia, and Focacceria da Marisa, on Piazza della Chiesa, won’t disappoint. For something sweeter, though, head to Gelateria U’ Pertusu, and feast your senses on the multi-coloured palette of natural gelato, and be sure sure to experience Bonassola’s other food fortes at the bustling weekly market. Accessible by bike, car, or train, the town is also easy to reach, but many opt for the abandoned railway walk from the neighbouring town of Levanto. 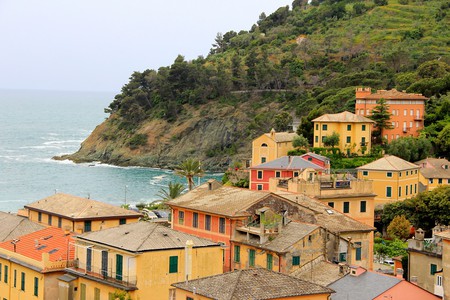 Formerly known as Ceula, the vibrant pre-Roman town of Levanto sits in an olive and pine laden valley in the province of La Spezia. Sharing the mountain district of Liguria with Bonassola, Deiva Marina, Framura, Monterosso al Mare, Riomaggiore and Vernazza, the town makes up a part of the Cinque Terre National Park. Owing to the wide gulf and the suitable sea bed, La Pietra, along with Il Casinò, Pipetta, Nadia and La Gritta, makes for an ideal surfing spot, and has some of the biggest waves in Italy. The wooden-decked Piper Bar, overlooking the sea, serves as the perfect pit-stop in between the rise and fall of the tide.