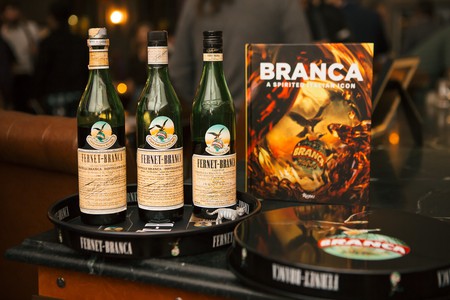 The Branca family, who have produced Fernet-Branca—one of Italy’s most storied and celebrated spirits—for six generations, recently released a book revealing all sorts of tantalizing info about the iconic liqueur.

Any bartender worth his jigger knows—and almost certainly loves—Fernet-Branca. Fernets are a category of amari, or bitter herbal liqueurs. Fernet-Branca is a brand of fernet. It dominates the category, though—so much so, it has become nearly synonymous with it. It’s such a recognizable name that it’s like saying Velcro for hook-and-loop closures or Kleenex for facial tissue.

A shot of Fernet-Branca is known as the “bartender’s handshake” because of how beloved it is within the industry—and the liquid is bitter, in a thrilling and indescribable way, so it can be an acquired taste. Enjoying it shows you’re part of a certain in-crowd. We say it’s great as a shot or as a digestif, good for easing minor stomach woes after a large meal, or mixed into cocktails.

And now there’s a book that reveals all sorts of interesting information about the storied company. It doesn’t give the formula for Fernet-Branca, or even list all of the 27 herbs, roots, and spices that flavor it (the recipe’s a closely guarded secret), but it does include all sorts of tantalizing info—as well as gorgeous photos, old advertisements, and drink recipes. It’s a great coffee-table book for Italophiles and booze nerds.

We were fortunate enough to join Edoardo Branca—the scion of the famed family and the sixth generation to head up the company—and hear about the book and his family’s iconic liqueur during a recent book tour. Here are a few things we learned from the book, plus more fun facts from Edoardo himself. 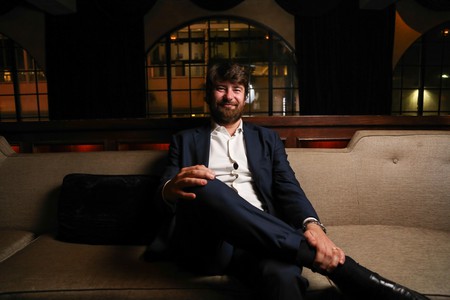 The recipe has remained essentially unchanged since that time.

2. Its trademark bitterness comes from four of its ingredients

3. It was originally intended to be used as a remedy for cholera

Several ingredients are thought to have medicinal properties: cinchona, or gentian root, is a natural antibacterial; tea is rich in tannins and a natural remedy for fevers; myrrh is considered good for the stomach; and aloe is a natural laxative.

4. The formula for Fernet-Branca is a secret, passed from father to son in the Branca family

Its recipe is so closely guarded that, while most flavoring ingredients of Fernet-Branca are weighed by the director of the distilling plant, five of them are so secret they’re weighed by the company chairman himself, in a locked room with darkened windows, says Edoardo.

5. Fernet-Branca is so popular in Argentina that a distillery was built in Buenos Aires to supply South America

It’s the only country besides Italy where Fernet-Branca is currently produced. All the Fernet-Branca you’ll get in the United States, however, is produced in the original plant in Milan, where the distillery takes up a full city block.

Edoardo advises not to try this in America, however, where cola is made with corn syrup rather than cane sugar; he says it changes the flavor of the drink, and not in a good way.

7. The strangest way Edoardo Branca has ever seen Fernet-Branca served, he says, is poured atop live scorpions

He was served this unique drink while in China.

8. Legend has it that the opera singer Maria Callas would, before going onstage, drink Fernet-Branca mixed with peppermint leaves and plenty of ice

She felt it was good for her throat.

9. Fernet-Branca was considered medicinal and sold during Prohibition

It was registered with the FDA and sold over-the-counter in pharmacies until the 1940s. A medicinal version was produced in New York City beginning in 1934, and production continued until the late 1970s. The first NYC plant stood at 131 Hudson Street, moving to a larger building in Lower Manhattan, between Desbrosses St. and Watts St., in 1946. The version produced here had a lower-alcohol content than the Italian version and contained more aloe, bolstering its claims of being medicinal.

10. Fernet-Branca used to buy more than 70% of the world’s of saffron

You’ve probably heard it’s the world’s most expensive substance, ounce for ounce. In Argentina, a group once tried to rob the Fernet-Branca distillery for its saffron. Two of the robbers are now working there, says Edoardo.