Take a Trip to the Italian Riviera With Disney's 'Luca' 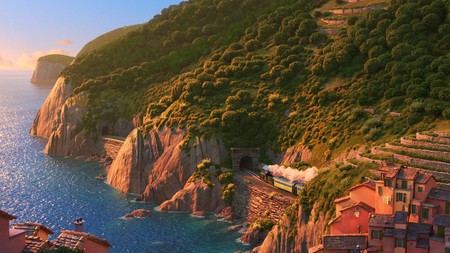 Portorosso is the fictional town at the heart of this new Disney and Pixar animation | © 2021 Disney / Pixar. All Rights Reserved

Just looking at images from ‘Luca’ – the latest animated feature from Disney and Pixar – is enough to transport you to a summer on the northwest coast of Italy, with endless days filled with gelato, pasta and splashing around in the Ligurian Sea. Culture Trip speaks to the film’s production designer, Daniela Strijleva, to find out how this vision was brought to the screen. 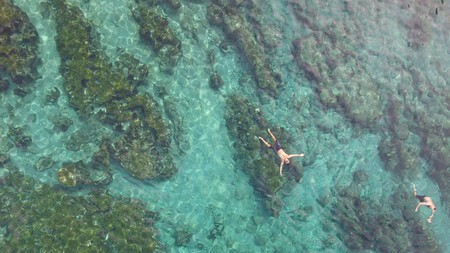 The movie conjures up endless days filled with gelato, pasta and splashing around in the Ligurian Sea | © 2021 Disney / Pixar. All Rights Reserved

Portorosso, the fictional town at the heart of this new animation from Disney and Pixar, has a palpable essence of the Italian Riviera. The people, sounds, food and architecture created for the screen in Luca will be instantly familiar to anyone who has visited the five real towns of Cinque Terre. 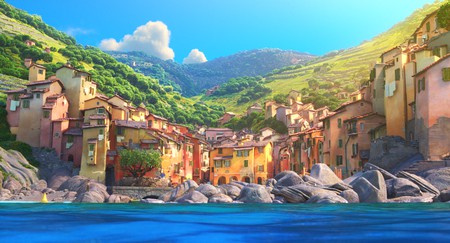 The sights and sounds in the movie are recognisably based on the five real towns of Cinque Terre in Liguria | © 2021 Disney / Pixar. All Rights Reserved

“I actually didn’t know the region that well myself before I started work on the film,” confesses Strijleva, who grew up as a child closer to Rome.

“Our director Enrico [Casarosa] is from Genoa, but had visited Cinque Terre and Liguria many times before. He gave us that insider’s view of the region, but for me, the geography hit me straight away. The way the villages are perched on these very steep hills that dive straight into the sea is incredible. They’ve been built over centuries, and you wonder how people built these places,” says Strijleva of her first impressions. 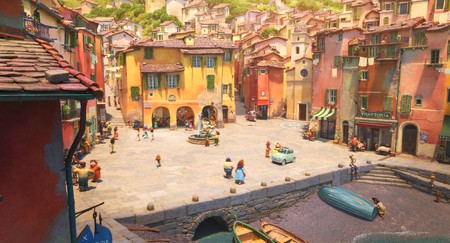 The standout colours of the buildings are part of what makes this region so unique | © 2021 Disney / Pixar. All Rights Reserved

The colours of the water – and of the of the buildings themselves – are what make this Italian region so popular with travellers, and that, too, had to be captured for the movie to feel authentic. “Images can’t do it justice. When you see some photos and then compare it to what its actually like, you can see that some people have edited what they post with lots of saturation. In reality it is a lot more harmonious, and I really like that.” 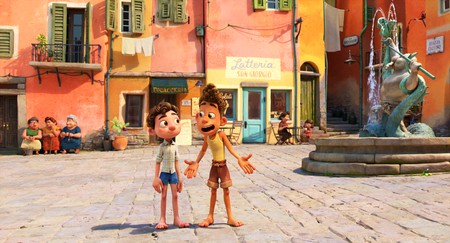 The film is a coming-of-age story focusing on two young boys | © 2021 Disney / Pixar. All Rights Reserved

The film is a coming-of-age story focusing on two young boys who share an incredible summer together. Their days are filled with fun and adventure, but one of the pair is hiding a secret that could bring their friendship to a sudden end.

“This is a period film,” says Strijleva. “It’s a collective memory of all our childhoods, and the summertime the characters share is timeless as well. We researched the town squares by sitting outside and observing the locals. They are a certain type, slightly grumpy even, but they are unique. The buildings haven’t changed much over the years, so we used them as references. We were lucky to speak to some people who had lived through the 194os and 1950s [around when the film is set] so that helped. It’s actually a very specific dialect they speak, too; I can speak Italian, but I only understood half of what they were saying in the regional Ligurian way,” she adds. 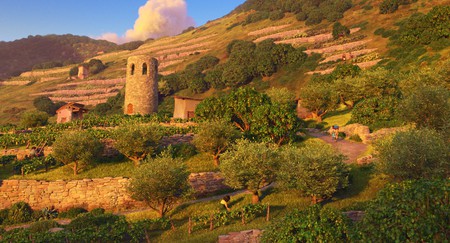 The film draws inspiration from Japanese block paintings and the movies of Hayao Miyazaki, a co-founder of Studio Ghibli | © 2021 Disney / Pixar. All Rights Reserved

The names of the people and indeed places here are also specific to the region. The team behind the film were careful to maintain that rhythm, which even other Italians can find strange. This wasn’t the only difficulty in making the movie, however, and the technical side of the project threw up its own set of obstacles. 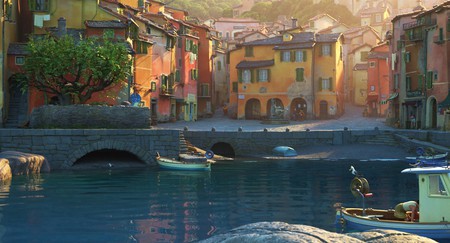 The challenge was to do the location justice in the film, but add an artistic take on it | © 2021 Disney / Pixar. All Rights Reserved

“The challenge of the film was maintaining a stylised tone. We drew inspiration for the look from Japanese block paintings and the films of Hayao Miyazaki, so we had to simplify the details and the visual language. We had to rewrite the software to make it simple, but not look simple. It’s a mix of doing the location justice – it’s so famous, you can’t get that wrong – but we also needed an artistic take on it. When someone is telling you a tale, which is what the film is, you also have to come up with a name that fits for the village. It feels like it belongs there.”

Another major part of the film is also one of the most distinctive elements of any trip to the region: food. The cuisine is an important part of life here, from the small fishing boats bringing in their daily hauls to the fragrant natural ingredients that grow all around. “It hits all your senses as soon as you arrive,” recalls Strijleva, as she recalls the impact the dishes and smells had on her when she first visited to research the film. 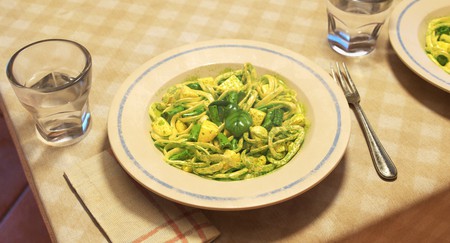 The cuisine is an important part of life in Cinque Terre | © 2021 Disney / Pixar. All Rights Reserved

“Liguria is famous for pesto. We had to be careful with the equipment, such as the mortar and pestle – they have to be made of the right materials – and the green of the pesto too. Making food look appetising in computer-generated images is difficult! You need to get the right levels of shine and consistency. We also had to eat a lot of focaccia.” Strijleva can’t help but laugh as she remembers director Casarosa teaching her how to dip the savoury bread in her coffee every morning to eat like a local. “I liked it, though!”

Films that showcase locations always end up creating something of a tourism boom among avid travellers desperate to see whether the reality lives up to the screen hype. We’ve seen the positive and negative sides of over-tourism in recent years, and Strijleva is conflicted about what might happen next. “It is such a precious region of the world. It was a secret for so long, because you could only really access it on foot or by boat. Railways were the first way people started to discover it as tourists. I do want people to visit, but I want them to be respectful and understand how special it is.” 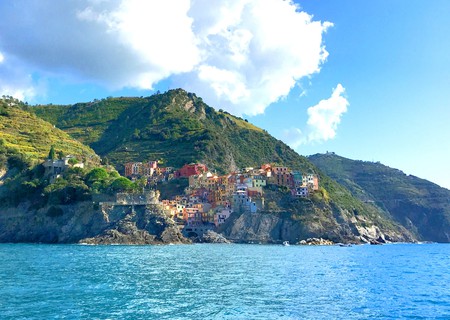