Shakespeare In Verona: The Home Of Romeo & Juliet 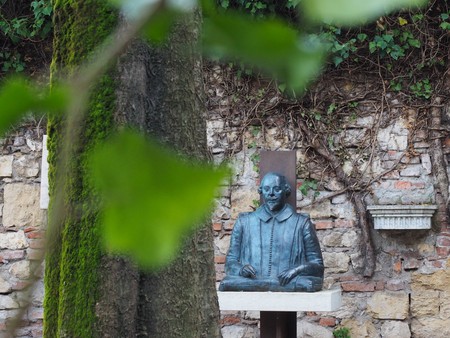 Two households, both alike in dignity,
in fair Verona, where we lay our scene…

Verona still feels like its Shakespearean legacy, and it is possible to recall the main moments of the timeless love story of Romeo and Juliet strolling around the streets of this Italian city. Even though William Shakespeare had already set a play here, The Two Gentlemen of Verona, it is for the wonderful and tragic love story between Romeo and Juliet that the city is best known. It’s also why Verona is called “the city of love.”

Although we cannot know if the two lovers really existed, it is certain that their families did. The Montagues and the Capulets had been two important aristocratic families from Verona, and Dante himself mentions them in his Divine Comedy (Purgatorio, Canto VI, v. 106). Nowadays, the city still considers itself the hometown of Romeo and Juliet, and there are several places you can relive the lovers’ story. 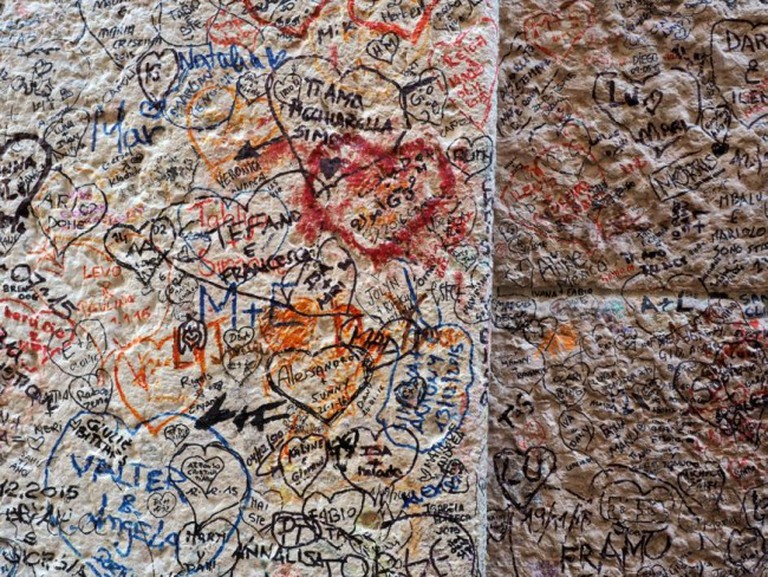 Love writings at Juliet's House | Courtesy of Ester Bonadonna
The most famous spot is Juliet’s House. The building dates back to the 13th century, and under the Capulet’s emblem on the external façade, a gate opens onto a covered space where lovers from all around the world leave their messages. In the past visitors used to write directly on the walls, so they have now been covered with panels that host writings and cards. From there, visitors arrive at the internal court. A bronze statue of Juliet stands at its center, always surrounded by tourists taking pictures with their hand on Juliet’s breast: the legend says that this will bring good luck in love. The court is dominated by the famous balcony attributed to Juliet’s bedroom. The balcony was added during a restoration project around the 1930s, in order to recreate a medieval appearance. In fact, the ancient building has known different uses throughout the centuries, and its purchase by the municipality saved it from ruin. The house is now a museum with fascinating frescos and artwork, and Juliet’s bedroom is furnished with the bed used in Franco Zeffirelli’s film Romeo e Giulietta, from 1968. The romantic atmosphere of this place makes it one of the major attractions of the city.
Open In Google Maps
23 Via Cappello, Verona, Veneto, 37121, Italy
+390458034303
Visit Website
Give us feedback 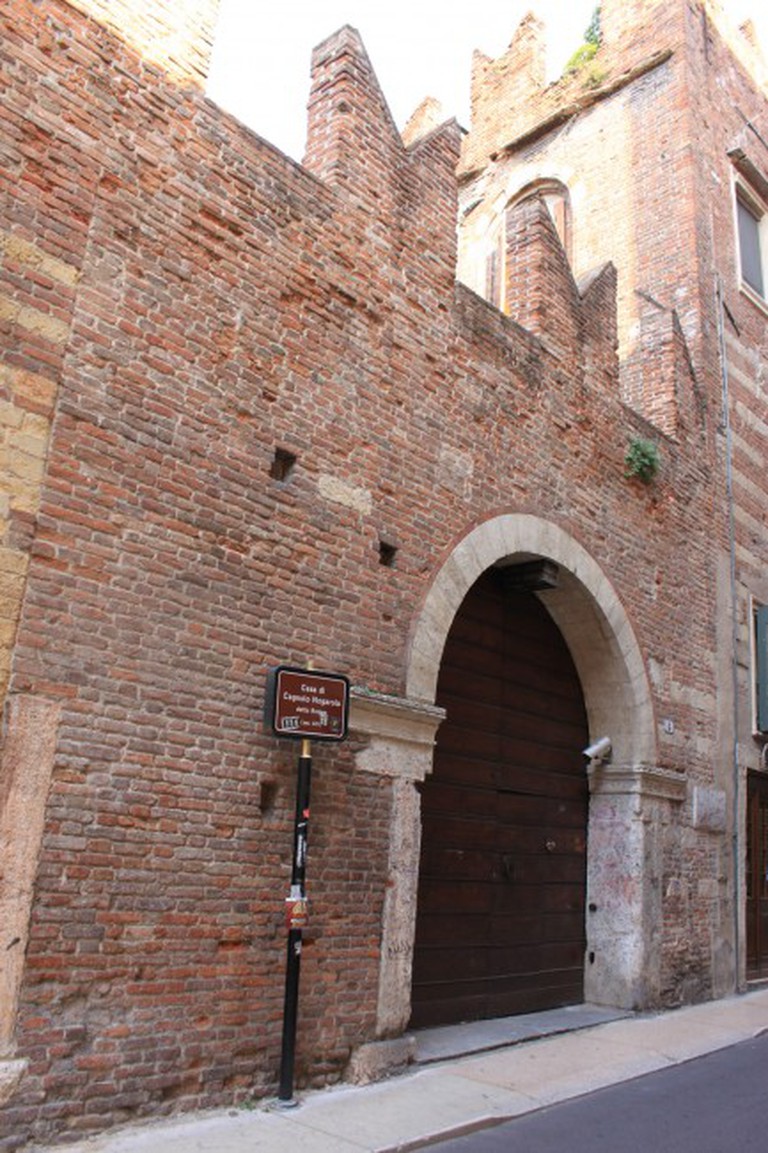 Casa di Romeo, Verona | © Andy Hay/Flickr
Far less-known than Juliet’s house, but not far from it, is her lover’s home. The Montagues’ house is a majestic medieval building with a wide courtyard and colonnade, protected by a castellated brick wall. Being of private ownership, it is not open to the public.
Open In Google Maps
2 Via Arche Scaligere, Verona, Veneto, 37121, Italy
+390458034303
Visit Website
Give us feedback 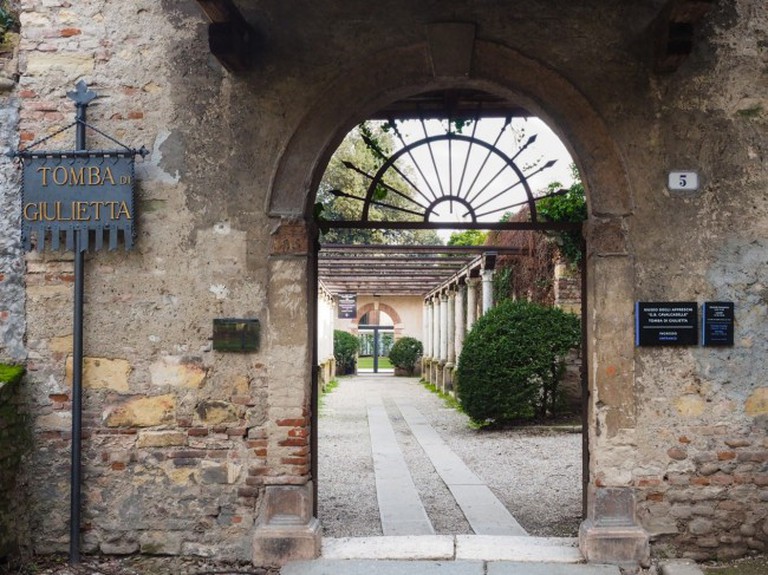 Entrance of Juliet's tomb | Courtesy of Ester Bonadonna
The tragic epilogue of the story takes place in a churchyard. What is traditionally considered Juliet’s tomb was originally located in the garden of the Convent of San Francesco al Corso. Transformed into a drinking trough in the 16th century, due to the veneration of which it was object, the sepulcher was severely ruined, to the point that the English poet George Byron described it as such: “a plain, open and partly decayed sarcophagus, with withered leaves in it, in a wild and desolate conventual garden, once a cemetery, now ruined to the very graves. The situation struck me as very appropriate to the legend, being blighted as their love. I have brought away a few pieces of the granite, to give to my daughter and my nieces.” (George Byron, letter to Thomas Moore, November 7th, 1816). Indeed, it was common at the time to bring away fragments of the typical red marble as talismans. In the 1930s the tomb was relocated to a cell under the cloister, and it can be visited today as part of the Museum of the Frescos of Giovanni Battista Cavalcaselle.
Open In Google Maps
5 Via Luigi da Porto, Verona, Veneto, 37122, Italy
Give us feedback
Give us feedback