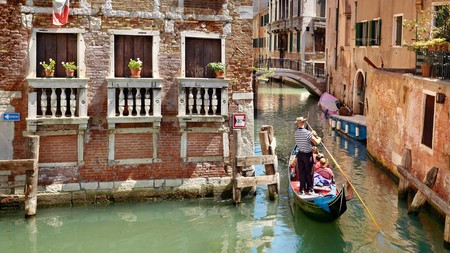 Venice came to symbolise the impact of Covid-19 when the usually bustling streets and canals fell silent earlier this year. As travel restrictions have been lifted, however, returning visitors are finding new limits on one of the most popular attractions – a ride in a gondola.

Venice relies on tourism, so the return of big-spending visitors has been welcomed with open arms. For many, one of the essential components of any holiday here is a relaxing tour of the many canals by gondola. 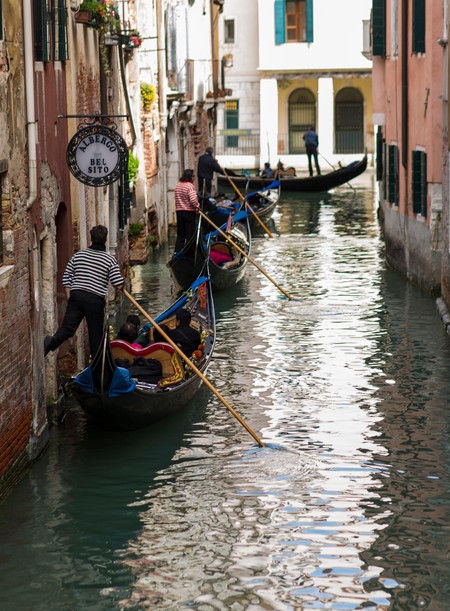 The traditional flat-bottomed boats were designed specifically for the unique conditions of the lagoon, but now fat-bottomed tourists are causing huge problems for operators.

There are currently 433 gondolier licences in the city, and to get one you have to pass some seriously tough exams, although many are also passed down from fathers to their sons. The slim boats are extremely difficult to manoeuvre, and only the most experienced gondoliers can navigate the complex network of narrow canals and bridges that connect the city like artieries. 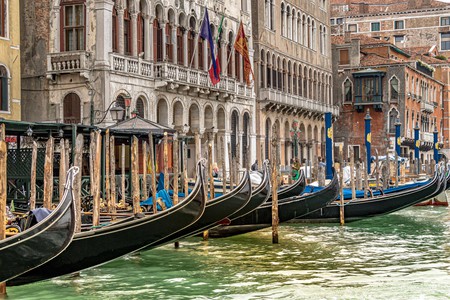 Heavier passengers have seen gondolas take on more and more water, and the knock-on effect has been felt most immediately by the gondoliers who have complained that it is becoming increasingly difficult to complete journeys. “Going forward with over half a ton of meat on board is dangerous,” Raoul Roveratto, president of the Association of Substitute Gondoliers, a body that looks after around 100 less experienced gondoliers, told Italian newspaper La Repubblica bluntly.

The new capacity rules to combat the growing problem will see passenger numbers reduced from six to five on regular-sized gondolas. The larger da parada – also known as a traghetto – which is used to traverse the Grand Canal at points far from the city’s three bridges, are reducing the maximum from 14 to 12.

Gondolas are such a huge part of the city’s identity. They have been exported to other parts of Italy and even abroad, but they are still seen as a quintessential part of Venetian life. Tourists can expect to pay high fees to use them, however, and it’s unknown if the reduction in capacity will result in a rise in prices.