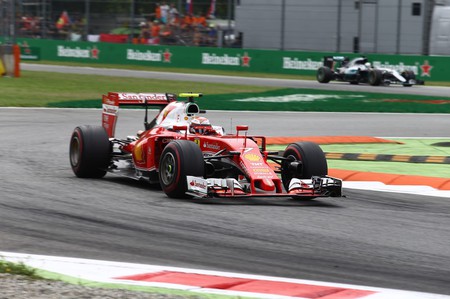 Historic, emotive and a place of astonishing speed, the race track at Monza is unlike any other. Home to the Italian Grand Prix, it generates a special level of affection that places it among the very best in, not only motor racing, but across sport.

The city of Monza sits not far from Milan, in Lombardy, a region in the northeast of Italy. The city has an affinity with motor racing that has become ingrained in its identity – for a long time it was home to the Alfa Romeo team. Within the city lies Parco di Monza, the largest walled park in Europe (and double the size of Central Park, New York), which at 688 hectares is big enough to include the city’s iconic race track within it.

The Autodromo Nazionale Monza racetrack, built in 1922, is the oldest track still being used in Formula 1. Since its first Formula 1 race in 1948, with the exception of 1980, it has hosted a race every year. In 1980 the circuit was being refurbished and so the Italian Grand Prix was held at Imola in Emilia-Romagna instead – a brilliant track, but lacking Monza’s feel.

F1 fans, regardless of affiliation, adore Monza. The straights seem to go on for ever, the curves are slightly banked and a number of corners are particularly fast, all leading to drivers going full throttle and taking their cars to the absolute limits when it comes to pure pace. There is no lack of overtaking either. It’s not as if Monza delivers incredible races every year, but the track provides such a throwback to old-school racing that it remains a part of racing fans’ hearts.

Every year the tifosi – an Italian word meaning literally ‘fans’ that has become commonly associated with Ferrari devotees as much as football fans – flood the stands, irrespective of their beloved team’s fortunes.

This year, there is renewed hope. The prancing horse has been disappointing, spending the last decade cowering in the shadows of first Red Bull and, more recently, Mercedes. Not since 2007 have Ferrari had a World Champion win, when Kimi Räikkönen won his only title. A year later they won their most recent Constructors Championship. In-house squabbling, constant changes in staff and drivers, and ultimately, a distinct lack of performance, have been tough to watch. 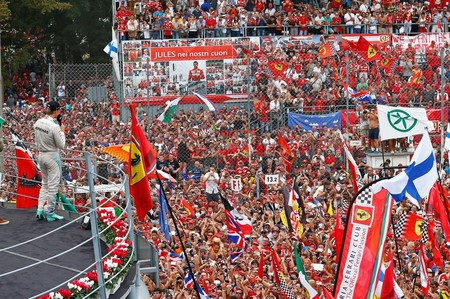 This year, however, as Monza approaches, there are the green shoots of recovery in Italian F1. Sebastian Vettel sits atop the world championship standings and a glow has returned to Ferrari’s shade of red. What this all means is that Monza, a track that provides exceptional fervour and support, even at the worst of times, will be at full throttle.

As F1 has evolved over time, race tracks have been dropped, added and revisited. As the financial muscle of countries has developed, having a race in the F1 season has become the perfect opportunity to flex it. Azerbaijan, Abu Dhabi and Bahrain all now boast grand prix but, whether it’s the oppressively narrow streets (Azerbaijan) or the utter boredom (Bahrain), they’ve failed to spark the imagination of fans. These races will never be able to compete with the likes of Monaco, Spa, Silverstone or Monza.

Although the banked corners have been either reduced or taken away completely, Monza’s track has barely changed since it opened in 1922, which is an affirmation of its quality. Lewis Hamilton and Daniel Ricciardo have to race around ‘Parabolica’ and ‘Curva Grande’ just like Senna, Stewart, Schumacher and Fangio have all done, factoring in the same angles and bumps along the way.

Monza may not be the most technical circuit, but it has many moments within a lap to provide tingles of excitement. Drivers love it. Picture Ricciardo’s ambush on Valtteri Bottas last year or Niki Lauda returning in 1976, utterly brilliant moments that will never be forgotten. Incredibly, despite its reputation, it remains one of the cheapest tickets you can buy throughout the F1 season, a fact that is undoubtedly a contributing factor to the atmosphere it creates.

It’s for good reason that no race track in the world has hosted more grands prix than Monza.

Interested in motorsport’s evolution? Check out Steering Motorsports Towards an Electric Future or Experience The Thrill Of The Singapore Grand Prix.