With a history of contemporary jewelry design encompassing the mid-20th century masters of Padua’s Pietro Selvatico Art Institute to the rising stars of today, Italy is at the forefront of jewellery creation. From the bold, geometric creations of modern maestro Mario Pinton to Dario Scapitta’s 3D printed designs, we find out more about the ten Italian contemporary jewellery designers you should know. 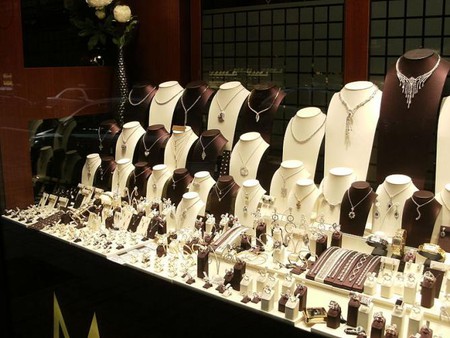 Hailing from a family of goldsmiths, it was perhaps written in his blood that Valenza-born and Netherlands-based Dario Scapitta would progress into jewellery design, though his practice is highly contemporary, incorporating unconventional materials and cutting-edge 3D printing techniques. Though his designs do include traditional styles – such as his Extravaganza collier which referenced 15th century ruffs and earned him a 2013 A’ Design Silver Award – Scapitta’s design process is focused on contemporary interpretation, the use of approachable and non-precious materials and a quest for new forms of artistic expression in design that result in stylish but wearable pieces exuding a unique, modern elegance. 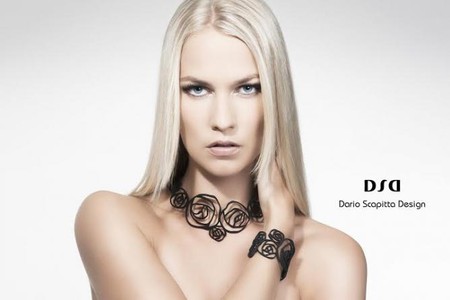 Born in Milan in 1941, where he honed his craft at the art school within the beautiful 14th century Castello Sforzesco, GianCarlo Montebello is an accomplished contemporary jewellery designer celebrated for his focus on pieces of jewellery as body ornaments and for his designs’ simplicity, beauty and ability to emphasise the relationship between body and object. After setting up GEM, a company working with artist’s jewellery that represented talents such as Sonia Delaunay and Alex Katz, Montebello began creating his own designs in 1978 and in 2013 was honoured with the Best Italian Jewellery Designer title at the 2nd edition of the Andrea Palladio International Jewellery Awards. 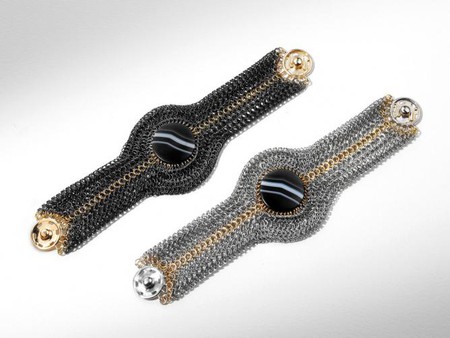 Whilst Annamaria Zanella is also a graduate of the Pietro Selvatico Art Institute in her hometown of Padua, her designs can be seen as something of a departure from her predecessors given her sparing use of gold and incorporation of forms beyond the purely geometric. Born in 1966, Zanella – whose designs today appear in collections at the Musée des Arts Décoratifs in Paris and New York City’s Museum of Arts and Design – overlooks precious metals in favour of base metals and scraps of iron and steel, featuring corroded sheet metals and glass shards as ‘micro-sculptures’ subverting stereotypical assumptions of beauty and value.

A native of Turin, Bruno Martinazzi was born in 1923 and travelled to Florence to study the art of embossing and enamelling at the Scuola Statale d’Arte before progressing to undertaking the ancient technique of toreutics at Rome’s Institute of Art. It was his first solo exhibition in 1955 that combined these techniques and catapulted him to international fame. With a heavy emphasis on gold, Martinazzi’s jewellery designs are known for their incorporation of human features and body parts – renderings of curved fingers, pouting lips and eyes become bracelets, rings and brooches in highly sculptural forms, blurring the lines between jewellery and art.

Born in Padua in 1947, Giampaolo Babetto is widely regarded as one of the leading designers in the avant-garde jewellery world. Like many acclaimed Italian contemporary jewellery designers, he honed his craft at Padua’s prestigious Pietro Selvatico Art Institute. Over his forty-plus year career, Babetto’s designs have been exhibited globally, with shows in Japan and the USA and works appearing in the permanent collection of Germany’s Pforzheim Jewellery Museum. As the winner of various awards, including the Schmuck Show’s Herbert Hoffman Award in 1975 and 1985, Babetto is known for his abstract, geometric designs characterised by the use of gold mixed with contrasting, unorthodox materials such as plastic or glass.

Coming from the legendary Italian jewellery dynasty, the Repossi family, it is perhaps not surprising that Gaia Repossi became a jewellery designer herself and in 2007, at the age of 21, became the creative and artistic director of the House of Repossi, a role previously held by her father and grandfather before her. A graduate of painting at the École des Beaux Arts in Paris, Repossi transformed the family brand with her designs, incorporating references to her passion for contemporary art and the use of metal in modern sculpture and architecture. Her latest collection White Noise, which debuted in 2014 in Paris, opened to rave reviews. 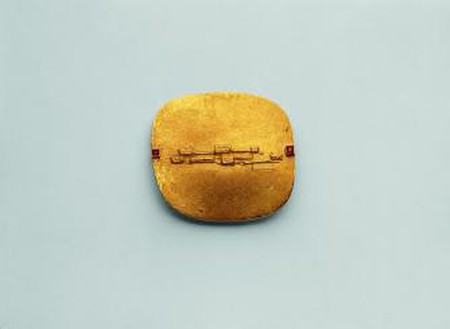 A professor of jewellery design at the Pietro Selvatico Art Institute in Padua, Mario Pinton is quite rightfully credited as one of the most influential figures in contemporary Italian jewellery design. Born in 1919, Pinton focused his designs more on individuality and artistic expression than commercial appeal and firmly believed that jewellery design was the practice of small-scale sculpture. Famed for his bold geometrical forms, use of gold and incorporation of intricate craft techniques, the late Pinton’s works – though influenced by ancient jewellery designs – are a stunning example of contemporary artistic jewellery.

A native of the northern Italian city of Reggio Emilia, Martina Grasselli was born in 1981 and has received a varied education – including studying architecture and interior design in her hometown and fashion and textile design at Milan’s prestigious NABA Fine Arts Academy. Her education has informed her diverse working practice, which beyond jewellery design, has also included furnishing accessories. In 2009, Grasselli founded her costume jewellery collection Coliac – a chic, contemporary brand with a flair for surreality, fusing her love of abstract art and Russian deconstructivism with contrasting precious and non-precious materials, earning her a place in Italian Vogue’s 2010 New Talent list.

A 1989 graduate of the Pietro Selvatico Art Institute – where he later taught metal and jewellery design in the mid-1990s – Stefano Marchetti is an acclaimed contemporary jewellery designer born in Padua, who won the Best Young Italian Jewellery Designer Award at the 2009 Italian Jewellery Awards. Working as a designer since the early 1990s, Marchetti’s works have been exhibited globally in galleries in the UK, USA and Germany and through his designs, he explores how small, individual pieces of metal can be sculpted into pieces of wearable art, specialising in a technique known as micro-mosaic.

Born and still working in the picturesque northern town of Bassano del Grappa, Stefania Luchetta comes from an academic background, combining studies in art history and industrial design. After training in goldsmith art in her family’s business, Luchetta began to experiment with 3D software and rapid prototyping techniques. In 2002, she launched her debut limited edition collection, using non-traditional materials such as stellite and bio-compatible resins. Critics have praised Luchetta’s combination of art and technology as well as her ability to create luxury pieces from low-cost materials, whilst the fashion world has also embraced her unique designs which have appeared on the pages of Vogue Gioiello and Wallpaper.