How to Travel to and Get Around the Cinque Terre 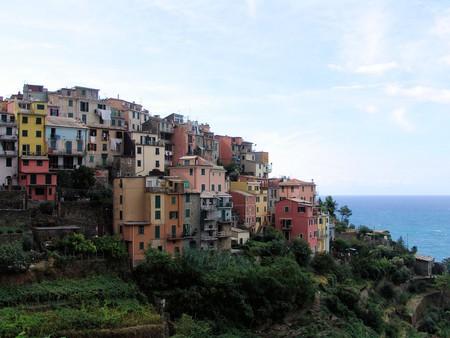 The five spellbinding fishing villages that are known as the Cinque Terre are one of the most popular destination for travellers to Italy. All of the five towns are no more than a few hours by train from Florence and Milan. The entire area that makes up the Cinque Terre is quite small and is a national park, a protected waterway and a UNESCO World Heritage site. This means that most vehicle traffic is restricted inside the villages so be prepared to park the car and move around by foot, train or boat. This guide will tell you how to travel to and get around the Cinque Terre.

The closest (and easiest) airport to the Cinque Terre is Pisa in Tuscany. The cities of Genoa, Florence and Milan also have international airports. 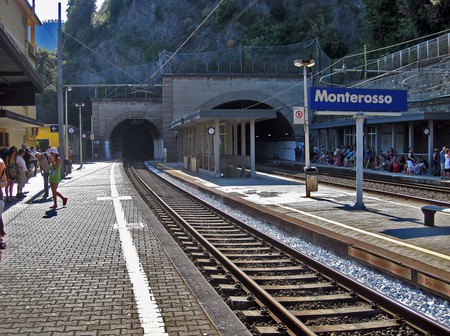 The train station that serves the towns of the Cinque Terre is La Spezie Centrale. Visit the Trenitalia website to book your tickets online ahead of time or you can buy tickets at the train station. From Florence you need to take a regional train (Treno Regionale.) Some trains require a change in Pisa and the journey takes about two and a half hours. From Milan you can take a faster frecce or Intercity train where you can also reserve your seats. This journey takes about three hours. The slower and less expensive regional train from Milan requires a change of trains in Genoa. From Genoa the trip is swift, just over an hour on frecce or an Intercity train and about two and half hours on the regional train. The train station to look for is Genova Piazza Principe. If you have a paper regional train ticket, you must validate it at one of the machines on the tracks before you board the train.

Once you arrive at La Spezie Centrale, there is train service to the five Cinque Terre towns. Each town has its own train station, but not every train stops in every town. The trip from La Spezie to Riomaggiore takes about 10 minutes. If you are planning on using the trains between the towns, you might want to get a Cinque Terre Card, the cost of which includes train and bus travel.

Explora 5Terre is a small, electric bus with routes connecting La Spezie to the towns and smaller outlying villages of the Cinque Terre. The route doesn’t not include a stop in the town of Monterosso. Each bus has 22 seats and is air conditioned. There are a number of ticket choices from an entire day, combined with a Cinque Terre Card and even one that includes a trip to a vineyard for a wine tasting. 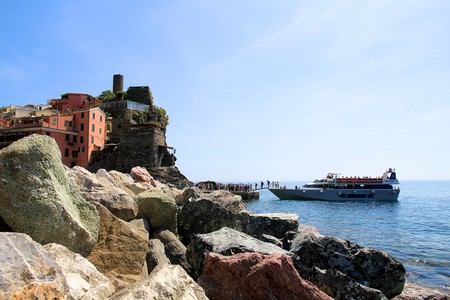 In the high season, particularly in the popular summer months the trains and buses can get very crowded. Ferry service between the fishing villages can be one way to avoid the crowds. The views from the sea are wonderful and give you a completely different perspective than from the hills and trails above. Boats run between La Spezie and Portovenere to Monterosso and stop in every village except Corniglia. Service begins at the beginning of April and runs through the end of October, but depends on the weather and sea conditions.

All five of the villages are actually pretty close together, so it is best to base yourself in one town and take your hikes from there instead of moving from town to town with all of your luggage. There are over sixty miles of trails for you to explore. They are managed by a national park and go through villages, along sea cliffs and on tops of mountain ridges. There is even a “path” for swimmers. Trails and parts of trails are often closed due to storm damage. Make sure you check what is open (and bring plenty of water) before you set off. 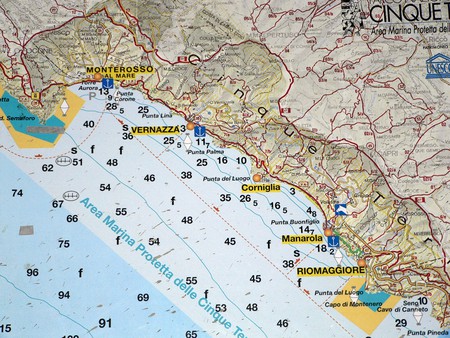 Despite being more vertical than horizontal and having thousands of stone steps, the Cinque Terre has a few trails inside the Cinque Terre National Park that are perfect for the mountain bike enthusiast. If an easier, flatter course is what you are after, then the route between Levanto and Framura which are pretty Ligurian towns just beyond the boundaries of the Cinque Terre is a lovely four mile ride.