How to Travel and Get Around Italy 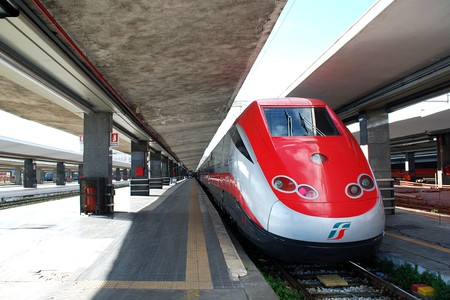 One of the most popular destinations in the world, Italy is undoubtedly a beautiful place to visit but exclusively Italian websites, bureaucracy and convoluted information can make it difficult to plan a trip. While the main cities are well-connected, you may face problems when trying to travel off-the-beaten-path. Read on for our tips on how to navigate this beguiling, and often complicated, country.

Train travel is very popular in Italy, like it is throughout Europe, due to the close proximity of major cities and towns to one another. Italy may be infamous for its pubic transportation strikes and bureaucracy but its high-speed trains are often spared this misfortune. Thanks to the Frecciarossa train operated by Trenitalia (running 190 mph/300 kmph) and the high-speed train operated by Italo (running 220 mpf/360 kmph), traveling to major tourist destinations in Italy is fast, easy and comfortable. These high-speed trains connect Turin, Milan, Bologna, Florence, Rome, Naples, and Salerno and can easily be booked online through the Trenitalia website or Italo.

Although Trenitalia is the national train company and thus better known, Italo is a worthy rival that offers great prices for transportation to major cities throughout the country. Always check both websites to find the best deals; tickets on Trenitalia are often a standard price while Italo’s prices fluctuate greatly, often appearing much cheaper (or much more expensive) than Trenitalia, based on demand. Sometimes you can find good deals on a day-return or 2-for-1 tickets. 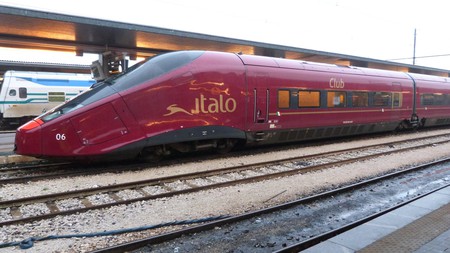 Apart from Venice, Italy’s main tourist destinations lie on the western coast of the country and are easily reached by train. What if you’re interested in visiting destinations on the east coast like Le Marche or Puglia? There aren’t as many high-speed trains that will take you to these destinations but you can opt for the Frecciargento train, that connects Rome to Bari in four hours, or take Intercity trains to reach smaller destinations. Intercity trains can have a lengthy journey but are fairly comfortable and inexpensive. Another option is to rent a car, which will allow you more mobility and freedom to roam around Italy’s gorgeous countryside and discover off-the-beaten-path gems.

Traveling with public transportation is a very different beast in the high season vs the low season. In the summer, boats and trains are more crowded but also have more frequent departures. During the summer months, for instance, you can even reach Capri directly from Positano, whereas during the rest of the year you have to depart from Sorrento or Naples. Make sure that you take into account the season when you are traveling because transportation varies greatly throughout the calendar year. And often, summer schedules run mid-June through August. 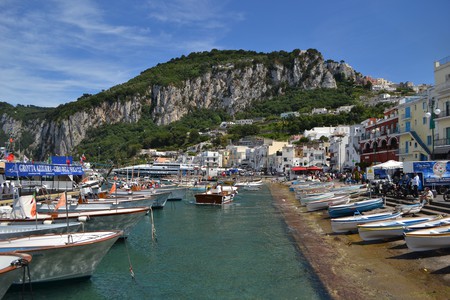 Traveling with public transportation on Sundays can be a nuisance because much of the country shuts down on this day. Sundays are a day to go to church, be with family and relax, and that goes for train conductors and bus drivers too. There are fewer transfers on this day so be careful if you’re traveling off the beaten path, as you may have to wait several hours for a bus to show up. Major destinations may have some reduced number of rides but you won’t feel the difference as much.

Purchase an International Driving Permit (IDP) if you are looking to rent a car during your time in Italy, and always carry your original driver’s license with you during your trip. The IDP is valid for one year from date of issue and is valid in 150 countries around the world so it’s great to keep on hand (and for $20 it’s extremely affordable). Most rental agencies won’t ask to see it but if you’re stopped by the police you may be fined if you don’t have it. On the topic of driving, many rentals in Italy are still stick-shift cars so be sure to book ahead if you need an automatic vehicle as they are in high demand, especially in the summer season. 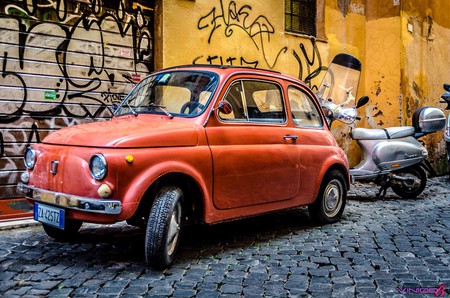 Italy has a number of ferry companies to transport customers from the mainland to Italy’s beautiful islands. Many websites are exclusively in Italian and difficult to decipher so run your search on DirectFerries.co.uk for an idea of companies, times and prices for your journey. You generally don’t need to book far in advance for the ferries but reserving your ride a week in advance during the summer is recommended. Often, there are multiple options and price points to choose from: the aliscafo is a high speed ferry and thus more expensive, while the nave is a large ship and less expensive because it moves slower.

Don’t be shy when you arrive in Italy: often, the best way to get around is to ask for advice from locals who navigate their (often) complicated transit on a daily basis. Knowing some Italian will help in smaller towns but the local tourist office can assist you, as can your hotel or Airbnb host. Websites are often outdated and difficult to understand, and the time of year affects schedules greatly, so someone on the ground is often your best bet to navigate this country.