Gabriele D’Annunzio And The Free State Of Fiume 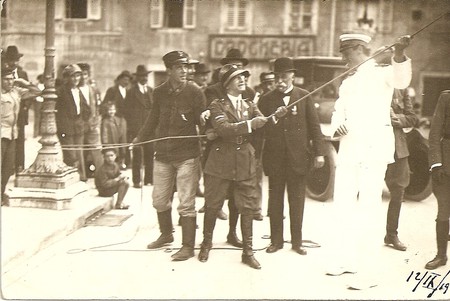 With the Anarchist experiment, pirate utopia and artistic haven, The Free State of Fiume was a strange episode of European history. It was made all the more curious by its relative historical obscurity and today still little is known, yet it is an incredible story from what has been discovered. 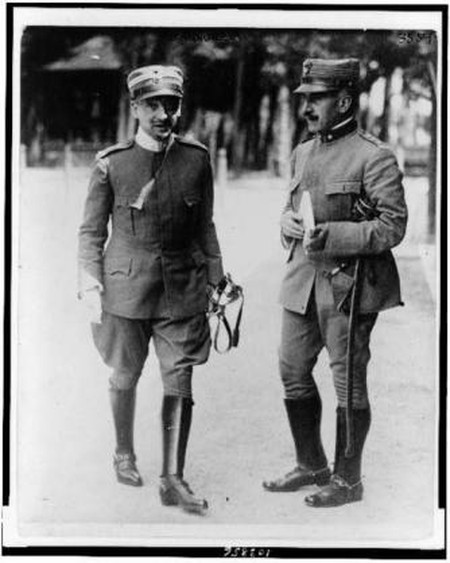 The modern Republic of Užupis is the most modern manifestation of a bohemian Free State, but it has certain parallels to the even more remarkable Free State of Fiume (1919-1920). Of the various anarchist enclaves that popped up during the interwar period — Makhno’s Ukraine, communes in Spain during the civil war — the legend of Fiume has the paradoxical distinction of being both the most interesting and the least well-known. The most glamorous account comes from anarchist theorist and poet Hakim Bey who referred to the state as the ‘last Pirate Utopia’:

Gabriele D’Annunzio — decadent poet, artist, musician, aesthete, womanizer, pioneer daredevil aeronautics, black magician, genius and cad — emerged from World War I as a hero with a small army at his beck and command the ‘Arditi.’ At a loss for adventure, he decided to capture the city of Fiume from Yugoslavia and give it to Italy. After a necromantic ceremony with his mistress in a cemetery in Venice he set out to conquer Fiume, and succeeded without any trouble to speak of. But Italy turned down his generous offer; the Prime Minister called him a fool.

The reality of the situation was more political than Bey’s whimsy suggests. Fiume was an area of the former Yugoslavia on the border of Italy and with a majority Italian population. D’Annunzio was trying to reunite all Italian people under ‘the Kingdom of Italy.’ His proto-fascism has since occluded the major literary significance of D’Annunzio’s poetry and novels, which were referred to by the 1911 Encyclopedia Brittanica as ‘almost the most important literary work given to Italy since the days when the great classics welded her varying dialects into a fixed language.’ 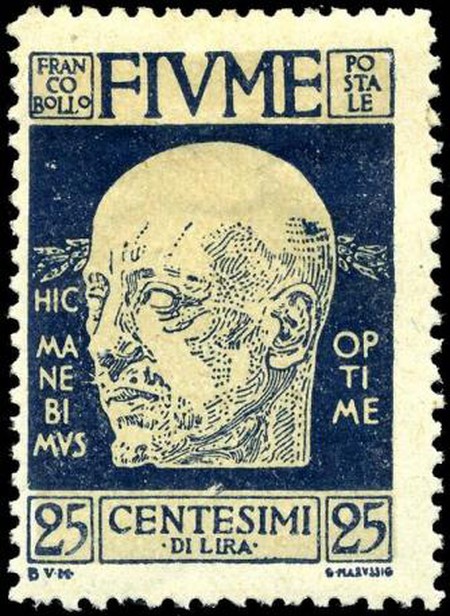 At the time of the invasion, D’Annunzio was a national hero, a famous writer, and an extravagant personality. It is hard to imagine a similar ‘poet-warrior’ pulling off such an audacious move in modern times. When Italy rejected his offer, he declared Fiume an independent state and wrote a constitution that made music a central governing principle.

‘For any race of noble origin, culture is the best of all weapons.’

’65. In every commune of the province there will be a choral society and an orchestra subsidised by the State.’

‘In the city of Fiume, the College of Aediles will be commissioned to erect a great concert hall, accommodating an audience of at least ten thousand with tiers of seats and ample space for choir and orchestra.’

‘The great orchestral and choral celebrations will be entirely free, in the language of the Church, a gift of God.’

To the embarrassment of the Italian government, several ships mutinied and offered their service to D’Annunzio. For almost two years he ruled Fiume as a dictatorship founded on anarcho-syndicalist-decadent ideals, while Italy pondered what to do. When they continued to condemn his project, he even formed an Anti-League of Nations that reached out to ‘oppressed peoples’ around the world. 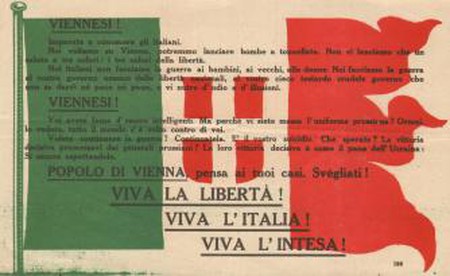 He may not have gotten very far in his grander reforms but he managed to hold onto Fiume for almost two years, created several stamps (like the one at the top of this page, featuring a bust of himself) and really did institute free concerts for his citizens, many of whom were quite happy with his occupation.

According to Bey’s account: Artists, bohemians, adventurers, anarchists (D’Annunzio corresponded with Malatesta), fugitives and Stateless refugees, homosexuals, military dandies (the uniform was black with pirate skull-&-crossbones, later stolen by the SS), and crank reformers of every stripe (including Buddhists, Theosophists and Vedantists) began to show up at Fiume in droves. The party never stopped. Every morning D’Annunzio read poetry and manifestos from his balcony; every evening a concert, then fireworks. This made up the entire activity of the government.

He was eventually ousted when the Italian navy decided to bombard the city. After WWII, Fiume was absorbed into Yugoslavia as Rijeka (now part of Croatia). D’Annunzio moved back to Italy in 1921 and bought an estate in Lombardy, called Vittoriale degli italiani and constructed a large hillside mansion with an ampitheatre, embedded a real ship on top of one of the hills, and built a mausoleum to house men who served him and died during the Fiume incident. His own body is now interred there and the ship remains a surreal sight.