For the First Time in 40 Years, Tourists Can Visit the Top Levels of Rome’s Colosseum 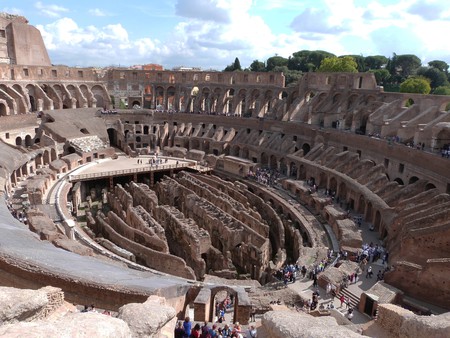 Attracting over six million visitors annually, the Colosseum is one of Rome’s most popular tourist attractions. Almost 2,000 years old, this ancient amphitheatre continues to captivate with its fascinating yet horrifically violent past. Now, for the first time in decades, the top levels of the Colosseum are once again accessible to the public on special guided tours.

Originally reserved for the plebeians (the poorest and lowest class of Roman citizen), the fifth and highest tier is more than 120 feet above ground, making it hard to see the action down below. While the noble classes sat on marble benches close to the warring gladiators and wild animals, the plebs had to make do with standing in the nosebleeds.

‘The noise and the smell would have been hellish,’ Rossella Rea, the director of the Colosseum, told The Telegraph. ‘The wild animals were kept in underground tunnels. They were not fed for days. So when they were hoisted up from the darkness to the arena in cages, they would have been terrified. The carnage was terrible.’

Also accessible for the first time in 40 years is the fourth level – originally reserved for the shopkeepers, merchants and traders of ancient Rome. They might have once been considered the cheap seats but those who climb to the top levels today are rewarded with stunning views across the Roman Forum and Palatine Hill. 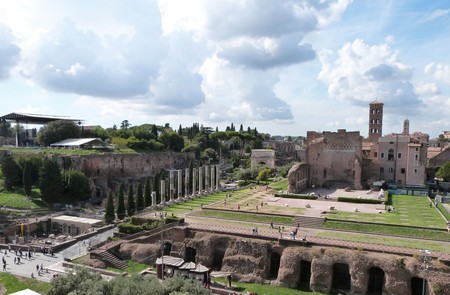 View from the Colosseum | © Courtesy of Adrian Law

To see these previously restricted areas, visitors must book online in advance and pay €9 on top of the regular €12 entrance fee. Guided tours take place in groups of 25 in English, Italian or Spanish.

The chance to visit the previously closed fourth and fifth tiers of the ancient monument comes in the midst of a major restoration project sponsored by luxury shoemaker Tod’s.

The five-year, multi-million-euro project has so far included extensive cleaning of the travertine exterior, replacement of worn-out gates and barriers, and strengthening of the iconic arched façade.

Future plans include a new visitor centre and the renovation of the underground level where gladiators once waited to go into battle. Refurbishment of the arena floor could also open up the possibility of concerts and events taking place inside the Colosseum again. 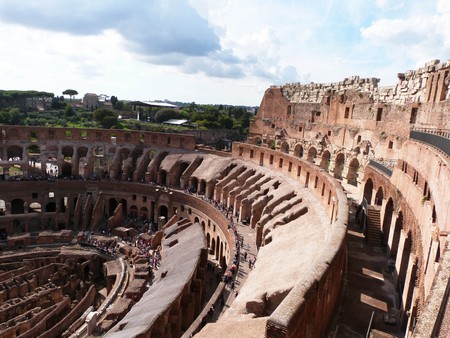