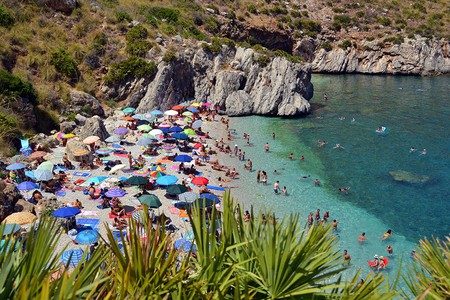 Ferragosto is an Italian national holiday that takes place on August 15th each year and is anticipated months in advance. It has been celebrated since the time of Emperor Augustus, and since Christianity came to Italy, it has coincided with Assumption Day, a Catholic holiday. Ferragosto signals the peak of summer, and sees most Italians headed to the beach or countryside for some much sought-after time off work and a chance to relax in the company of family and friends.

The holiday takes its name from the Latin Feriae Augusti or ‘Holidays of Emperor Augustus,’ who introduced them to the Roman Empire in 18 BCE. Succeeding earlier ancient Roman festivals such as the Vinalia (wine harvest) and Consualia (grain harvest), the Ferragosto holiday period provided a time to rest after weeks of hard labor. The holiday was originally celebrated with horse races across the Empire, the most famous of which remains the Palio di Siena on August 16. With the arrival of Christianity, Ferragosto came to fall on the same day as the Assumption of Mary, an important Catholic feast day that celebrates the Virgin Mary’s ascent into Heaven. 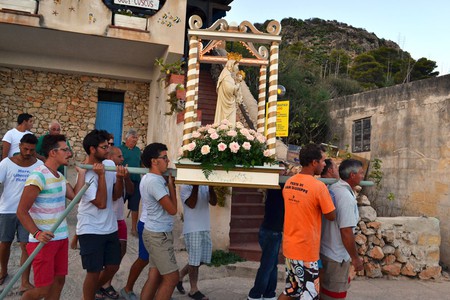 It wasn’t until the 1920s that Italians began to travel during this holiday. Under the Facist Regime, the government and corporations sponsored leisure activities that allowed the lower classes to visit seaside and mountain resorts, a luxury that only wealthy people could previously afford. This initiative helped to spread the trend of embarking upon a regenerative trip throughout society as a whole, and its effects continue to this day. Today Ferragosto plays a fundamental role in all summer holiday plans and many festivals, processions and fireworks displays are held throughout the country.

Ferragosto is a holiday with mixed reactions. For many, it marks the height of summer vacation and is embraced as an opportunity to disconnect from work and recharge – often for weeks at a time, if not for the whole month of August. Italians, who tend to have homes outside of the city, flock to the seaside or the country for their eagerly awaited vacation. It is a chance to spend extended periods of time with loved ones and family, or to take long-term trips abroad that would be difficult to schedule during any other time of the year. 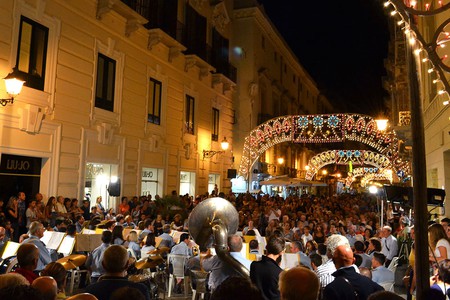 For others, Ferragosto brings with it a sense of dread. The beaches are packed, prices for seaside accommodations skyrocket and those with no holiday plans can’t help but suffer from FOMO. The majority of businesses are shuttered as most employees are on leave, and it is considered a stagnant month while many things remain on hold. ‘Chiuso Per Ferie’ (‘Closed for the holidays’) signs are ubiquitous and city centers empty out.

However, some of these trends are slowly changing. Due to the economic downturn and increasingly globalized operations, some private entities continue to operate during the summer. Harnessing the profitable opportunity, more and more restaurants in major cities remain open for tourists. For most Italians though, normal life doesn’t resume until early September.