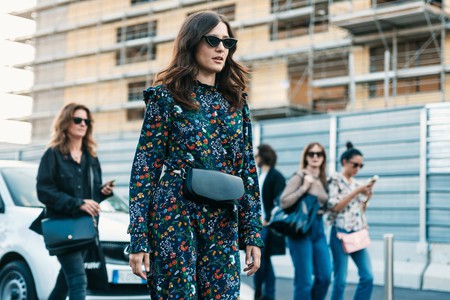 Culture Trip introduces Eleonora Cirisi, one of Italy’s most famous “it” girls, working – and playing – with the fashion elite. Find out more about the Italian blogger and social media influencer whose name is on everybody’s lips.

Known for her flair for creating eccentric but elegant outfits, Eleonora Carisi turned her childhood love of clothes into a career in the fashion industry. Now Italy’s most famous “it” girls, she is often found moving and working in the circles of the country’s most fashionable elite. Instantly recognisable thanks to an upper-lip mole she describes as an ‘essential’ part of her, Carisi cites her grandmother as her style icon and smoking and chocolate as her vices. Let’s find out more about the Italian blogger and social media influencer whose name is on everybody’s lips.

Eleonora Carisi’s love affair with the fashion industry began at a young age. As a girl, she would visit her mother’s boutique in her hometown of Turin, in Italy’s northern Piedmont region, and play on the red-velvet carpet, observing the beautiful women who came to try on the exquisitely designed apparel.

At age 14, she starting working in the city’s fashion boutiques and, though she studied Marketing and Communications at the European Institute of Design, by age 22, Carisi had her own store in the centre of Turin. The You You Store, and its collections from young, up-and-coming designers from Italy and beyond, weren’t a smash hit at first, but Carisi’s eye for fashion eventually won over cautious locals. 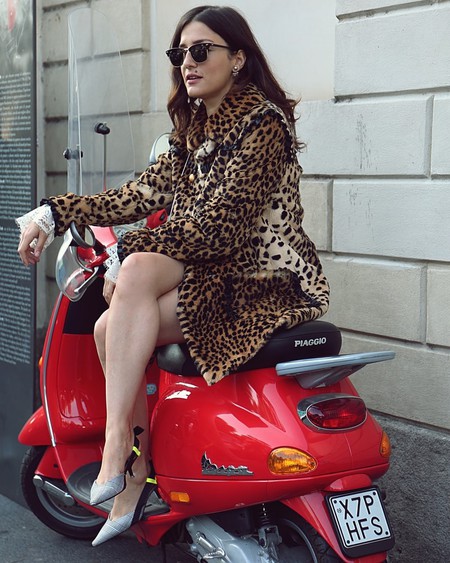 Carisi then launched her first clothing line, What’s Inside You, and shortly after started Jou Jou Villeroy, now one of Italy’s most famous fashion blogs. She soon became a Fashion Week regular and also found herself regularly featured on street-style sites, such as The Sartorialist and Street Peeper. It was the latter who published a photo of Carisi wearing a sheer, polka-dot blouse with nothing underneath that would turn out to be one of the fashion blogger’s most controversial moments.

While the fashion press debated the question of baring breasts on a cold November day in New York, Carisi downplayed the incident, stating: ‘The reaction was 50 per cent good (especially from women) and 50 per cent bad. [It was] just a shoot…there was no one around when we took the picture’. 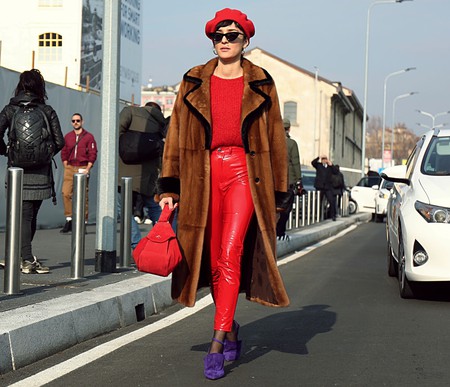 By the time of Carisi’s wedding to hairstylist Paolo Soffiatti in 2016, the furore was quashed and all the press wanted to talk about was her long-sleeved, floor-length embroidered lace gown, designed by her pal Elie Saab. Carisi told Brides magazine: ‘I have a lot of tattoos and loved the way the dress covered some of them, but it was still sexy’.

After creating collections for the likes of Zalando and Patrizia Pepe, and collaborating with fashion heavyweights like Chanel, Gucci and Ferragamo, Carisi these days focuses more on her role as Creative Director at Grumble, the digital agency she co-founded. Her Instagram feed, filled with elegant outfits and flashy locations, is as glamorous as you can imagine.