Cinecittà: The Home of Italian Cinema 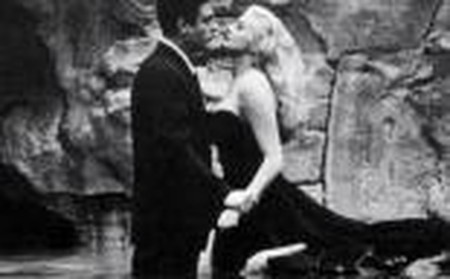 Home to the Italian Cinema, Cinecittà Studios had been the birthplace of film classics such as Roma Città Aperta, La Dolce Vita and Le Mépris, and has been making films for 70 years though the journey has not been always smooth. Ilaria Mallozzi looks at Cinecittà’s turbulent history and reveals the best films that have been made in the studio.

Cinecittà was a marginal area of Rome before it became the home of the Italian film industry. In the early decades of the 20th century Cinecittà was considered fuori porta (out of the city), and it only became a place of interest in 1937, when Benito Mussolini developed film studios in the suburb. In the mind of Mussolini, who was very aware of the importance of the media, it was mainly conceived as a factory for Fascist propaganda.

During the Second World War, Cinecittà turned into a camp for displaced people and was bombed by the allied forces. It was still largely a refugee camp when Roberto Rossellini directed his most famous and revolutionary film, Roma Città Aperta (Rome: Open City) in 1945. However, Cinecittà deserved a better destiny, not limited to Fascist misinformation or its utilitarian use as a refugee camp. In the late 1940s and 50s it was transformed into ‘la fabbrica dei sogni’: ‘the dream factory’; it became the headquarters of Italian cinema and was developed into the cinema-city which its name suggests. With Cinecittà studios as its base, Italian cinema entered into its most productive period, from the neo-realism of the late 1940s to the surreal films of Federico Fellini in the 1960s. This period began soon after the Second World War, and continued during the years of the Italian economic boom, which were portrayed in Fellini’s La Dolce Vita.

Despite sharing the same soil as the Vatican State, Cinecittà’s productions were rarely restricted by moral limits. Pier Paolo Pasolini directed his controversial film Mamma Roma (1962) in Cinecittà, a tragic story of an impoverished prostitute and her son which featured an incredible performance by Anna Magnani. Jean-Luc Godard also made his film Le Mépris (Contempt, 1963) with the strange couple of Michel Piccoli and Brigitte Bardot. In 1968 Zeffirelli’s Romeo and Juliet was also staged in Cinecittà studios, and it was highly acclaimed for its reproduction of Shakespeare’s tragedy.

Cinecittà can be credited with giving Italy a place on the world cinema stage and allowing auteurs such as Luchino Visconti, Federico Fellini and Bernardo Bertolucci to develop their careers. Since their heyday, legendary figures of the American scene like Francis Ford Coppola and Martin Scorsese came to Cinecittà to follow in the footsteps of their idols. The birthplace of Quo Vadis, Roman Holiday and The Pink Panther therefore gained the name ‘Hollywood on the Tiber’.

Cinecittà is now celebrated more for its past than for its present. It suffered a period of dormancy in the 1980s, in which it came close to bankruptcy and was forced into privatisation. Since the studios were privatised Cinecittà has undoubtedly lost its charm and importance in the Italian artistic sphere. However the studios have recently experienced a rebirth and films such as Martin Scorsese’s Gangs of New York and Wes Anderson’s The Life Aquatic with Steve Zissou have been filmed in the studios. It still remains a potent symbol of Italian cultural life and, as the films below reveal, it will always be remembered for the cinematic classics created within its walls.