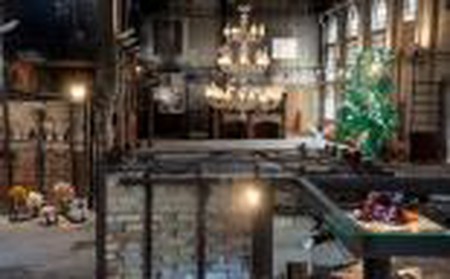 In recent years, there has been a decline in the demand for Murano glass; these days we want something a little more dishwasher-friendly. However Adriano Berengo has found a way to revive the glass industry by collaborating with contemporary artists to create beautiful works of art. 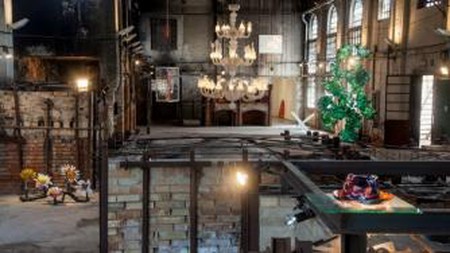 Venice in Italy is known for its strong history in the glass blowing industry, which dates back as far as the 8th century. The region that is particularly famous for its glass is the island of Murano, where all the glass foundries were moved in 1291 to minimise the risk of fire on the main island. Here the industry flourished, holding the monopoly on quality glass-making for centuries. Towards the 1950s and 1960s, vast quantities of Murano glass were produced for export and tourists, which bolstered the then-flagging industry for a few years. 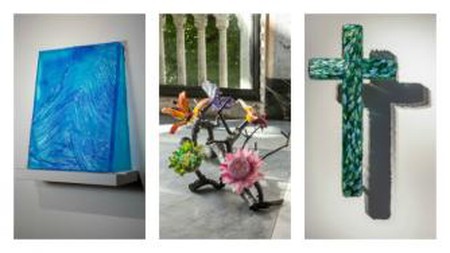 During this time, Peggy Guggenheim was encouraging modernist artists such as Picasso, Braque and Chagall to experiment with using Venetian glass in their work. It was her feeling that glass should not simply be relegated to the realms of the decorative arts, and it was this notion that first inspired Adriano Berengo. He established his studio, Berengo Collection in Murano (Venice) in 1989 with the aim or popularising the use of glass through the medium of contemporary art. By 1993 he had begun to collaborate with contemporary artists to achieve his aim, translating the pictorial ideas and projects of these internationally renowned artists into stunning 3D sculptures. 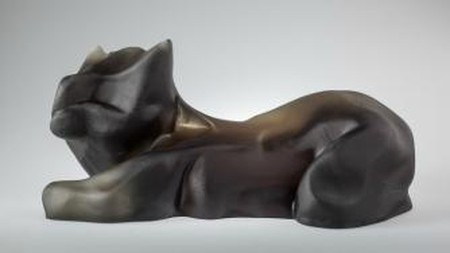 Often the artists that he worked with used media other than glass, and on many occasions had, in fact, never worked with glass at all. In a sense, this added to the unique qualities of the work produced that combined the technical skill of the in-house glass-masters and the creativity of the artists themselves. Rather than waiting for the artists to contact him, he instead contacts them inviting them to work with a traditional Murano glass-blower. Few refuse the challenge, and to date Adriano Berengo has worked with over 160 internationally renowned artists, including the likes of Thomas Schütte, Joseph Kosuth and Tracey Emin. 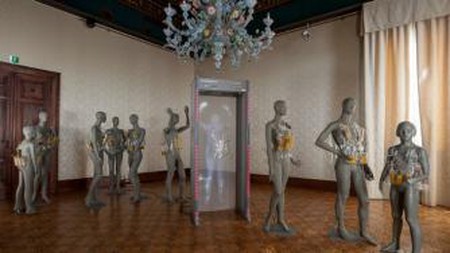 The benefits of combining traditional Murano glass-blowing with contemporary art are twofold; firstly it once more raises the status of glass in the public’s conscious as a viable art material, and secondly it brings a new source of income to the struggling glass factories. These collaborations also benefit the artists, offering them new skills and adding another dimension to their work. Within Berengo’s studio, one half continues to create what is thought of as ‘typical Murano glass’ the other works on these limited editions with the artists. Most often only two editions are made, one for the artist and one for the Berengo Collection, thus profiting both parties equally. 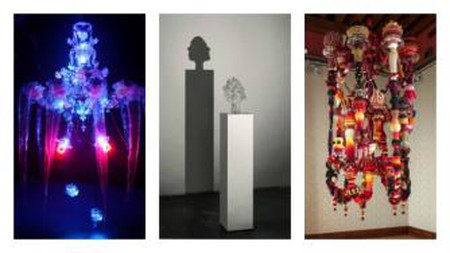 The sculptures are then subsequently exhibited at Berengo Collection Galleries in Murano, Venice, as well as in Tokyo, Japan and a number of important international art fairs. This became so successful, that in 2009 Adriano Berengo conceived the idea to hold an exhibition of the collaborations as an official event of the 53rdVenice Biennial of Arts. Entitled Glasstress, this unprecedented exhibition exhibits the best of contemporary art in glass, and has gone from strength to strength over the last three Venice Biennials. 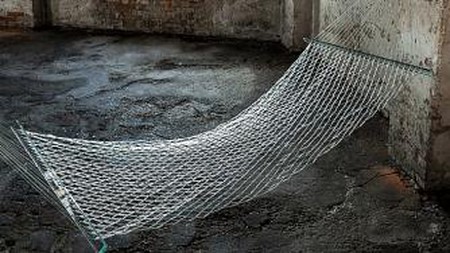 The first Glasstress exhibition focused on presenting some of the great contemporary artists from the 1950s to the present who had worked in glass, including Man Ray, Jan Fabre and Mona Hatoum. In 2011 Glasstress looked to open their doors to the world of design and architecture, adding a second venue to the exhibition, an old, industrial glass factory to juxtapose the opulence of the first venue, the Palazzo Cavalli-Franchetti, Institute of Sciences and Letters. 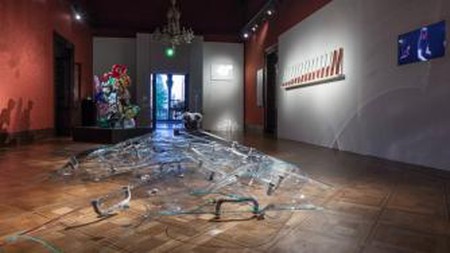 Following these first two exhibitions, Glasstress has become a travelling exhibition visiting a number of countries on three continents. In the last 12 months it has been hosted at the Riga Bourse National Museum, Latvia in 2011, at the Millegården Museum in Stockholm, Sweden from 2011 to 2012, at the Museum of Arts and Design in New York in 2012 and finally at the BEC Beirut Exhibition Centre in Lebanon, also 2012. 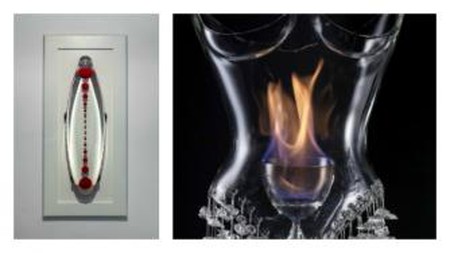 Returning for the third time as an official event of the Venice Biennial, Glasstress 2013 is bigger and better than previous years. Entitled ‘White Light / White Heat’, this year the aim of the exhibition is to structure it as an open dialogue between glass and the concept of ‘fashion’ in all its possible expressions that, since the 1980s, have entered the realms of contemporary art. Produced by Berengo Studio and Venice Projects, the production of Glasstress 2013 will also be contributed to by The Wallace Collection, London and the London College of Fashion. 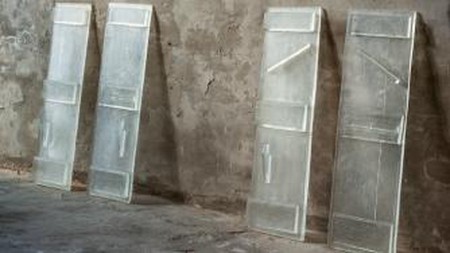 Whilst there are those that believe that Murano glass should remain within the realms of tradition, it is clear from his success that Berengo’s belief in the collaboration between glass and contemporary art was well founded. The pieces created are at times exquisitely beautiful, at other times thought provoking and innovative, and even occasionally come with a sense of humour. Glasstress is a credit not only to Berengo, but also to the Murano glass-blowing industry and its ability to adapt to the contemporary art world.