An Introduction To The Voice Of The Countertenor 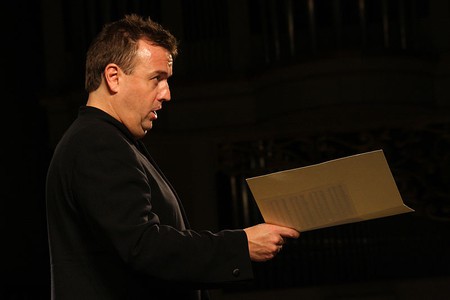 For those of us not well versed in church music or 17th-century opera, hearing a countertenor sing for the first time may come as something of a surprise. Instead of the bold richness of a tenor or the booming tones of a bass, the range of a countertenor rivals that of a female mezzo-soprano. Countertenors are male singers who specifically train their upper-register ‘head voice’ (also known as falsetto). What is their appeal then, when there are plenty of female mezzo-sopranos around who can more than adequately cover this vocal range? But as the following arias will show, the countertenor’s distinctive sound is not something that can be replicated by women.

I no longer die
Oh my life
Oh my treasure

This duet comes from the opera L’incoronazione di Poppea (or The Coronation Of Poppea), often considered Monteverdi’s greatest masterpiece. Never mind that the opera seems to glorify lust and ambition, Pur ti miro, Pur ti godo has a strong claim to being the sexiest duet ever written. It comes at the end of the opera and is sung between Emperor Nero and his newly crowned empress and lover Poppea. Although the duet is scored for two sopranos, the role of Nero was written for a male singer: the castrato. Modern performances, however, sometimes use a female soprano for the role of Nero, meaning this final love duet would become between two female singers. But the erotic anticipation generated by the indulgent dissonances surely demands the electric chemistry that only a masculine Nero could provide.

Henry Purcell was one of the most important composers of the 17th century, and is certainly one of the greatest English composers that ever lived. Music For A While counts amongst his most famous arias. It comes from Purcell’s incidental music for John Dryden and Nathaniel Lee’s adaptation of Sophocles’ play Oedipus. The aria is frequently performed by both women and men, but as the above performance by French countertenor Philippe Jaroussky shows, the countertenor’s voice brings a certain depth and drama to the aria. His emphatic exclamation of the word ‘drop’ at 2:04 is a particular highlight.

Further listening: Carolyn Simpson’s performance of the same aria highlights the differences between the mezzo-soprano and countertenor’s sounds. Her interpretation is more delicate and serene in comparison to Jaroussky’s powerful and dramatic performance.

While it is true that countertenors can bring extra power to a performance, German countertenor Andreas Scholl reveals here the tenderer side of the countertenor’s sound. Listen out for the beautifully subtle crescendo (or increase in volume) as Scholl makes his first entrance. As a single held note, it is a moment of beautiful simplicity, which Scholl is careful not to force. Ombra mai fu is the opening aria from Handel’s Serse, a commercially unsuccessful opera that lasted only five performances in London. This aria survived the opera’s failure however, becoming one of Handel’s most popular arias. Similar to the above Pur ti miro, Pur ti godo by Monteverdi, the aria was originally written for a castrato. Today it may be performed by countertenors or mezzo-sopranos.

The 19th century saw a drop in popularity of the countertenor’s voice, especially as a soloist. They were, nevertheless, still employed at altos in church and cathedral choirs. Alfred Deller (1912-1979) was one such alto, having worked for Canterbury Cathedral and St Paul’s Cathedral. He was spotted by the British composer Michael Tippett who in the 1940s thrust Deller into a successful solo career, reviving interest in the possibilities of the countertenor’s voice. Indeed, the British composer Benjamin Britten wrote a part specifically for Deller in his opera A Midsummer Night’s Dream. In listening to the above aria Welcome Wonderer from the opera, you can hear that the ethereal quality of the countertenor’s voice perfectly suits both Britten’s distinctive sound world and Shakespeare’s magical scene.

The countertenor continued to be important for composers through the 20th century. In his three act opera Akhnaten, the American minimalist composer Philip Glass assigned the role of its title character Akhnaten to a countertenor. The opera tells the story of the pharaoh Akhenaten who decreed that the sun god Aten rules supreme, thereby banishing the worship of all other gods. The people of Egypt however, refused to accept Akhenaten’s new religious order. They turned on him, branding him a traitor insisting that he must die. The above aria is a central piece of the opera, coming at the end of the second act, Akhenaten sings a beautifully understated hymn to the only god Aten. Glass has not stated why he chose a countertenor to sing the role of Akhnaten, but one may speculate that the otherworldly sound of the countertenor’s voice could symbolize either Akhnaten’s enlightened understanding of the correct religion or his religious fanaticism.