All You Need to Know About the Venice Architecture Biennale 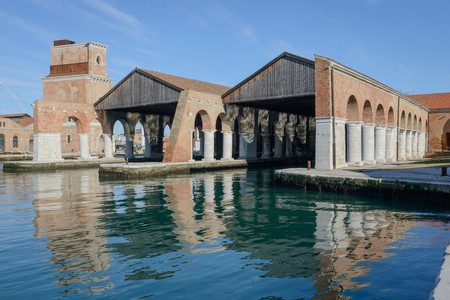 Every two years, design lovers turn their gaze to Venice, as the floating city’s tranquil gardens play host to the Biennale Architettura, the architecture industry’s famous international celebration of design. Opening this weekend, the 16th Biennale promises to deliver a delightful and thought-provoking array of architectural displays. We present our guide to this long-established and critically acclaimed exhibition, what it’s about, and what you should see.

La Biennale di Venezia (the Venice Biennial) launched in 1895 and has since become one of the most prestigious cultural institutions in the world. It is often referred to as the ‘Olympics of the art world’ because countries from all over the world have a pavilion where they showcase the work of a native artist. A central, themed exhibition is also organised by a leading curator of the field. In 1980, this successful formula was applied to architecture, with temporary structures and architecture-themed exhibitions taking over the pavilions in the alternate year. Likewise, the Biennale Architettura has been awarded great critical acclaim. As a non-commercial venture, the event champions the art and theory of architecture, whilst also operating as a platform to create dialogue around the social and political and implications of – and solutions offered by – architecture. 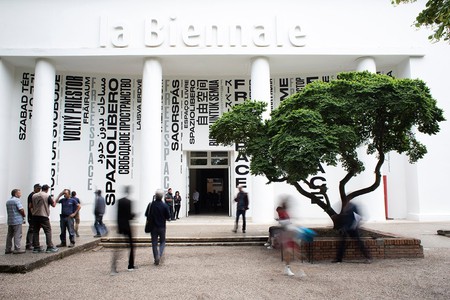 The 16th edition of the central International Exhibition has been curated by Shelley McNamara and Yvonne Farrell of renowned Dublin firm Grafton Architects. This is only the second time that the Architecture Biennial has been curated by women; the first female curator was Kazuyo Sejima in 2012. McNamara and Farrell established their respected studio in 1978 and are famous for their teamwork. They have won many accolades: in 2008, Grafton Architects was granted the World Building of the Year award for the Università Luigi Bocconi in Milan and at 2012’s Biennale, they took home the Silver Lion award for their design for the new University of Engineering and Technology (UTEC) campus in Peru.

Entitled FREESPACE, the exhibition occupies the Central Pavilion in the Giardini and then develops into the Arsenale. It features 71 participants brought together in two themed sections but united under the title theme, exploring what ‘free space’ means in relation to the quality of public and private space, the absence of architecture, territories and landscape. The first, ‘Close Encounters’, is dedicated to reflections on renowned historic buildings; the second, ‘The Practice of Teaching’, focuses on projects developed as part of teaching experiences. In a curatorial statement by McNamara and Farell, they said: ‘The FREESPACE Manifesto has been interrogated, dissected and interpreted by the intelligence and creativity of architects from all over the world’.

There are 63 nations participating in this iteration, with Antigua & Barbuda, Saudi Arabia, Guatemala, Lebanon, Pakistan and the Holy See participating for the first time. The following three are not to be missed!

Germany: Unbuilding Walls
2018 marks 28 years since the fall of Berlin Wall, which is as many years as it divided the city and nation. The curators of the German Pavilion, Lars Krückeberg, Wolfram Putz and Thomas Willemeint (of GRAFT) and Marianne Birthler have chosen to mark this occasion with an exhibition that explores the architectural challenges of social integration and division. It presents examples and visions of urban architectural design that overcome or seek to resolve issues relating to social unity. It presents studies of the Berlin Wall’s border strip that analyse how the former void in the middle of capital was repurposed. It also looks at current barriers and walls outside of Germany, acknowledging the ongoing global political debates about nationhood, protectionism and division. 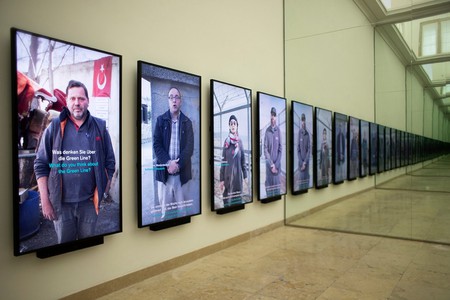 Holy See: Vatican Chapels
The world’s smallest state, Vatican City, is participating for the first time and enters with a series of 10 chapels designed by architects from around the world, including Norman Foster (UK), Smiljan Radic (Chile), Eduardo Souto de Moura (Portugal) and Teronobu Fujimori (Japan). All of the structures are located in a peaceful, wooded area on the island of San Giorgio Maggiore. The buildings are diverse, reflecting the different generations, cultures and aesthetic languages of the architects. The brief was to take inspiration from the design of small Catholic chapel in Stockholm, designed by Swedish Architect Gunnar Asplund in 1920. Under the dappled forest light, each structure interprets the space of sanctuary in a unique way, some borrowing from Christian symbolism, others designed to celebrate the sky and surrounding nature. Irrespective of your religious standpoint, this project is a welcome space for contemplation and beauty amidst an otherwise bustling Venice. 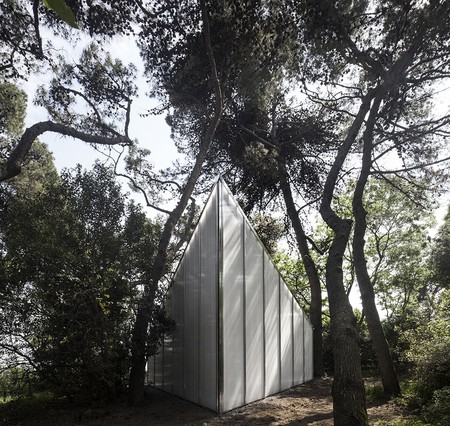 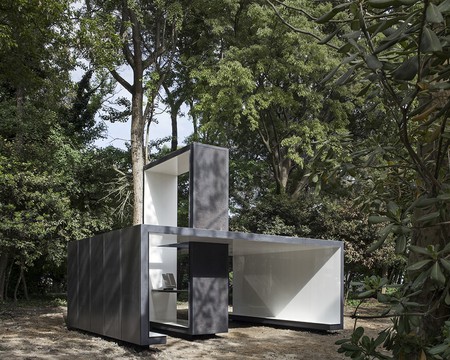 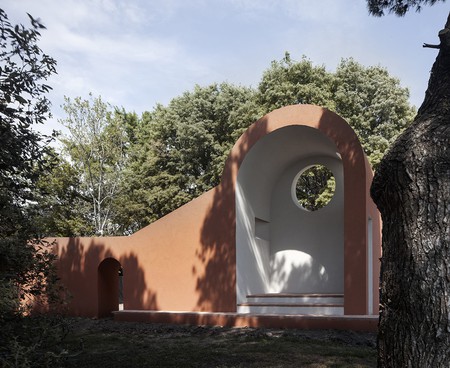 The Republic of Korea: Spectres of the State Avant-Garde
The Korean Pavilion addresses the relationship between the nation’s political history and modern architecture in a direct and novel way. The Junglim Foundation in Seoul (lead by Park Seong-tae) has constructed an imagined archive of the Korea Engineering Consultants Corp (KECC), an architecture and engineering consultancy firm launched by the government in 1963. The archive features four projects that delineate the dichotomy between the state’s pursuit of a utopian society and the oppressive policies used to implement their ideals. They are: the Expo Pavilion at Osaka Expo 1970; the Utopian Master Plan for Yeouido; the Sewoon Arcades; and the Guro Industrial Exposition, all of which were designed to serve as nationalistic propaganda. 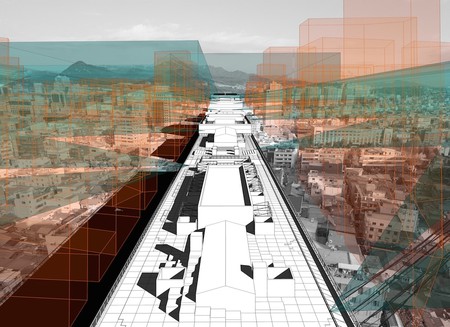 Every year a series of accolades called Golden Lions are awarded at the Biennale. The two most important are: the prize for the Best National Participation and the Lifetime Achievement award, which acknowledges an individual’s long-standing contribution and influence in the field. Previous recipients of the Golden Lion Lifetime Achievement include Brazilian architect Paulo Mendes da Rocha and architect and philanthropist Phyllis Lambert. This year the prestigious title has been awarded to British architect, architectural historian and critic, Kenneth Frampton (b. 1930), one of the world’s preeminent writers on modernist architecture, known for his humanistic philosophy. Paolo Baratta, the president of the Venice Biennale said: ‘There is no student of the faculties of architecture who is unfamiliar with his Modern Architecture: A Critical History’. The 2016 winner of Best National Participation was the Spanish Pavilion UNFINISHED curated by Carnicero + Quintans. Who will it be in 2018? 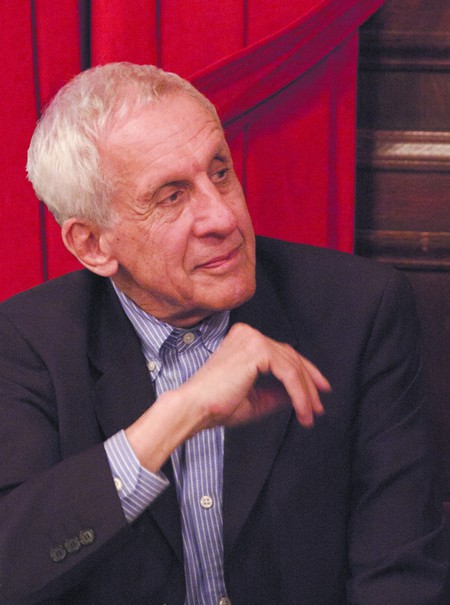 Opening times of the Arsenale venue only:
10am–8pm all Fridays and Saturdays until 29 September (last admission 7.45 p.m.)

There are two main types of ticket options, but visit the official website to research concessions, group discounts and early-bird options.
‘Plus tickets’: €30 valid for two consecutive days permitting multiple visits to each exhibition venue (Giardini and Arsenale)
‘Regular tickets’: €25 valid for one admission to each exhibition venue, which can be used on non-consecutive days
Purchase tickets at the onsite ticket office or buy in advance online at www.labiennale.org