A Step-By-Step Guide To The Capitoline Museums Of Rome

The Capitoline Museums are considered the world’s first public museum. Housed in two buildings but considered a singular museum, they contain an incredible collection of ancient Roman bronze and marble statues, medieval and Renaissance art, and elaborate frescoes – not to mention one of the best views of the Roman Forum.

The Capitoline Museums are located in two buildings in Michelangelo’s stunning trapezoidal Piazza del Campidoglio – Rome’s Capitol and the seat of its government. The collection began in 1471 when Pope Sixtus IV donated a collection of important bronze statues to the people of Rome; it was this same Pope who sponsored the building of the Sistine Chapel. The Capitoline Museums slowly grew to accommodate countless works of art and in 1734 Pope Clement XII declared that the museums be open to the public. This was the first time art began to be accessible and enjoyed by all people and had important repercussions over the following decades. 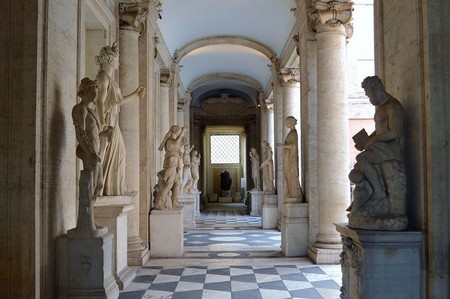 You’ll want to begin your tour of the museums by entering the Palazzo dei Conservatori, the building on your right as you climb the steps onto Piazza del Campidoglio. In the courtyard you’ll come across arresting fragments of the Colossus of Constatine statue: a giant pointed finger, a large foot. Welcome to Rome, where even a dissembled statue is an impressive work of art.

The first rooms of the Palazzo dei Conservatori were originally the apartment of the Conservators (magistrates) and have elaborate frescoes on the walls. There is also a noteworthy Hall of Tapestries with impossibly large and ornamental draping pieces of art. Many of the bronzes you’ll see in these rooms were donated by Pope Sixtus IV and made up the original collection of the museum. A few particular pieces to take note of: the She-Wolf (the symbol of Rome), lo spinario (“boy with thorn”) and the original 160 AD bronze statue of Roman Emperor Marcus Aurelius on horseback. The statue you see prominently displayed in Piazza del Campidoglio is a replica of the original which has been housed inside the museum since 1981 for conservation reasons. 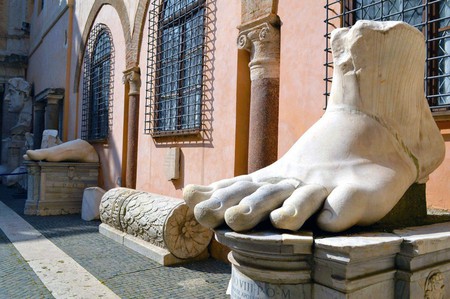 Fragments of the Colossus of Constantine | © Livia Hengel 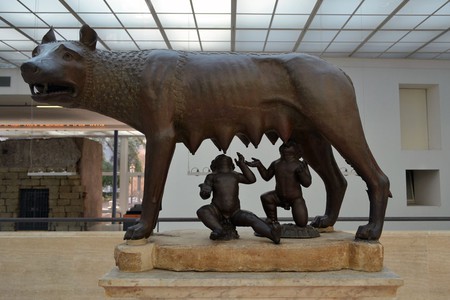 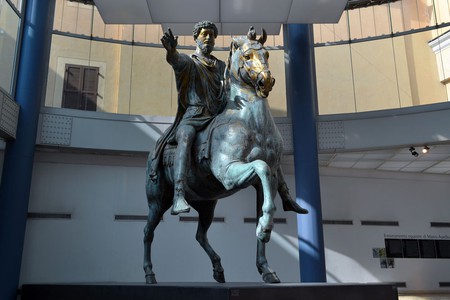 Take the underground tunnel and admire beautiful vistas before reaching your next destination. When this underground gallery was built in the 1930s, workers found remains of an ancient road and some buildings of the imperial period that have been incorporated into the structure. Continuing along the way you’ll arrive at the Tabularium which opens out on to the Roman Forum and provides an incredible view of ruins of the ancient city 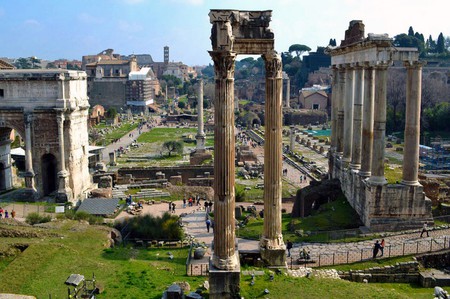 This is really the standout wing of the museum. The Palazzo Nuovo is named the “new” palace because it was completed 100 years after Palazzo dei Conservatori according to plans outlined by Michelangelo before his death. The courtyard has an incredible reclining statue of Marforio, a River god, and a mesmerizing portico with statues in each niche and geometric black and white floors. After you make your way up to the stairs, you’ll find another impressive corridor of statues, many of them Roman copies of Greek masterpieces. The Great Hall is a breathtaking room with even more marble statues and contains its original 16th century gilded wooden ceiling. The light that streams through the windows of the Great Hall lends a truly magical atmosphere to the largest room of the museum. Conclude your tour of the museums by seeing the Dying Gaul statue, a truly emotive work and one of the most important pieces in the museum. 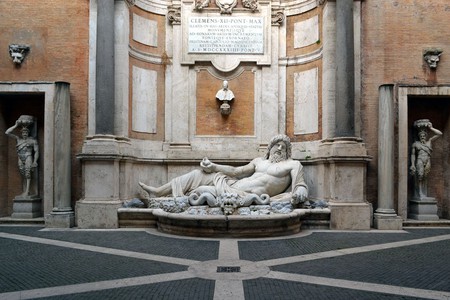 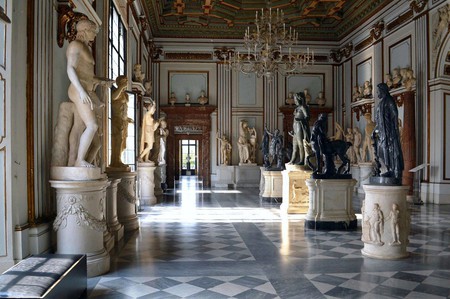 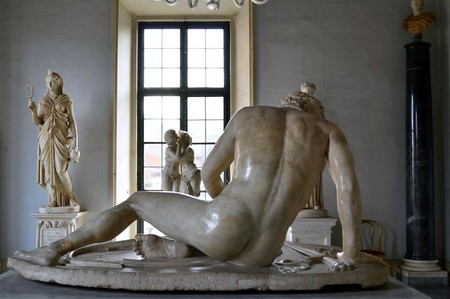 The ticket office is situated on the Piazza del Campidoglio, on the ground floor of the Palazzo dei Conservatori.