6 Reasons Everyone Should Visit Venice At Least Once 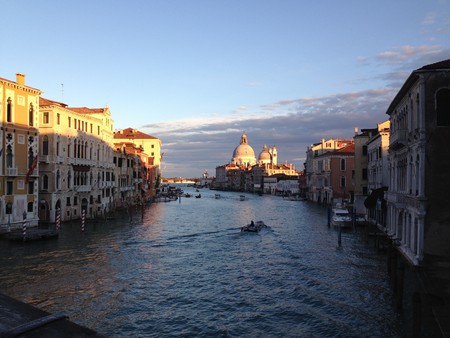 Venice is an ancient town built on a lagoon, a collection of domes and spires rising out of the Adriatic Sea like a dreamscape. It is also a city full of life with the stunning art and architecture, and the bars, cafes, and restaurants where locals and travelers share good food and drink. Here are some reasons this city is not to be missed.

Be a time traveller

At its height, Venice was one of the wealthiest trading posts in Europe, and most of its buildings date to this period between the 13th and 18th centuries. The city has some incredibly strict laws about historical preservation, which means that the canals you’re looking at will show you just about the same views that they showed Casanova and Napoleon. Venice is intimate in size and crammed full of beauty; it is truly a jewel-box of a city. Any stone in the pavement or brick in the wall is likely to be over half a century old — so you’ll be literally walking into history. 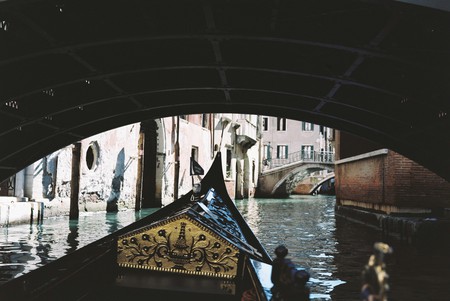 Get off the grid

Venice’s labyrinthine logic isn’t quite compatible with even the cleverest mapping technology. That leaves the enterprising traveller with just about two options: getting lost, or asking. The hidden paths and shortcuts are also some of the loveliest places in the city. Venice is a small enough town that everyone knows everyone else, and people will be happy to point you in the right way. So put away your phone, lace up your walking shoes, and get ready to explore. 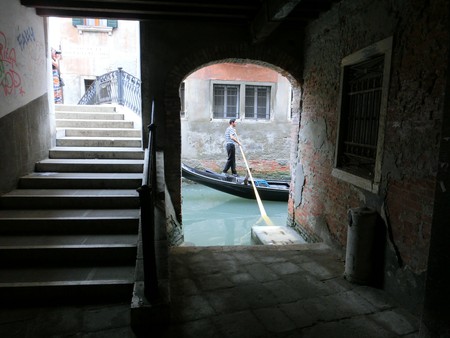 In Venice, as in many places all over Italy, the morning coffee is taken at standing at the bar, downed with a sweet pastry or croissant. Later in the day, as the sun starts to set, half the city ventures out to the canals and waterfronts to share a drink and a snack. Even the narrow, winding streets outside bars will be packed with people drinking fizzy orange Spritzes and having a good chat.

Italians take food very seriously — something that you’ll no doubt find out as you’re being elbowed by dignified grandmothers at the Rialto market. Eating fresh and local food here isn’t just a foodie’s bumper sticker; it’s an everyday prerogative. As a port city with a rich maritime history, Venice is particularly known for its seafood, brought to market fresh by local fishermen. If you know where to go, you’ll taste some truly spectacular things. 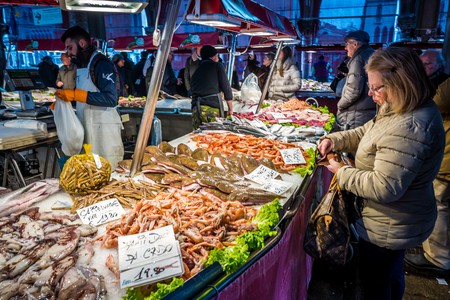 Venice is chock-full of incredible examples of art and architecture. Take a boat ride down the Grand Canal to see gorgeous old palaces paved with marble and mosaics. Venture into little churches to find paintings by Renaissance masters like Bellini, Carpaccio, and Tintoretto. Those with a taste for more contemporary work might visit the Peggy Guggenheim, an incredible collection of modern art established by the peculiar American heiress who defied the conventions of her time. Others will come for the international fairs of art, architecture, and film, celebrating the best in the field working today. 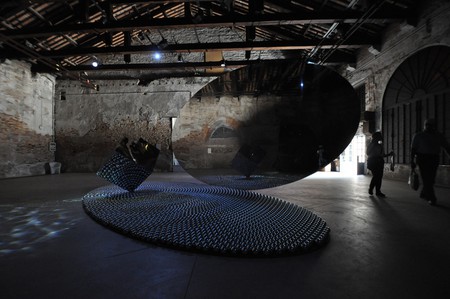 Chill with great minds of past centuries

So many artists, poets, and writers were captivated by Venice, from J. M.W. Turner to Marcel Proust, Ernest Hemingway to Ezra Pound. Henry James set several of his novels in the fading splendor of 19th century Venice. John Ruskin, the Victorian art critic, wrote his seminal work on architecture, The Stones of Venice, after falling in love with the city. Italo Calvino’s magical novel, Invisible Cities, is considered by many to be inspired by this very place. Discover the city that enchanted them. 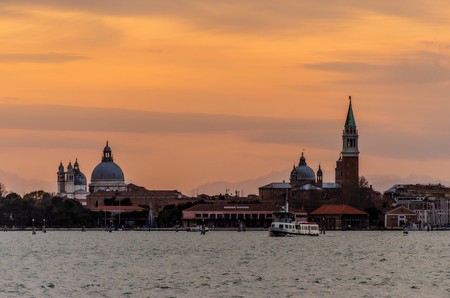 Venice at sunset | ©sean_x_liu/Flickr
Give us feedback