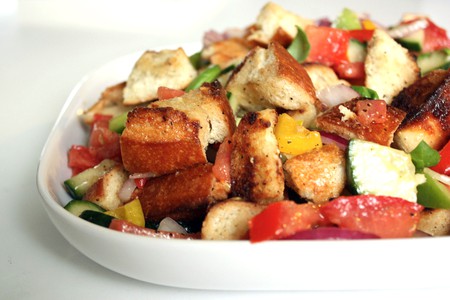 Italy is highly lauded for the excellence and variety of its regional cuisines and traditional recipes that make the most of local, seasonal products. Italians are so committed to eating the freshest ingredients during each calendar month, both in the home and at restaurants. Don’t miss the chance to try these tasty items that are spotlighted during the summer months which make for an enjoyable and flavourful dining experience.

Thin ribbons of prosciutto draped over wedges of cantaloup are a match made in heaven during the summer months. The saltiness of the prosciutto complements the sweetness of the melon for a satisfying and nutritious dish. Typically served as an antipasto, or appetiser, this combo is a perfect way to begin a meal, accompanied by a glass of chilled prosecco or white wine, before digging into something more substantial. 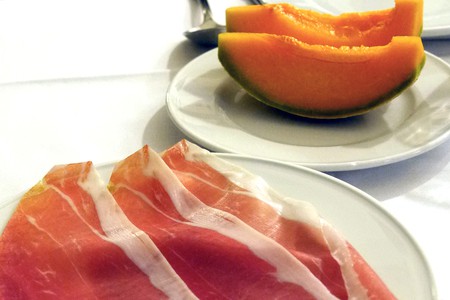 Italy’s mozzarella and tomato salad can be enjoyed throughout the year though it is particularly flavourful during the summer when tomatoes are at their most plump and juicy. Insalata caprese can be served as an accompanying dish or can constitute a meal and is delicious topped with shredded basil leaves and drizzled with olive oil. This tasty dish was invented in Capri which should come as no surprise, seeing as Italy’s greatest mozzarella is produced in the fertile Campania region (which includes Naples and the Amalfi Coast). Be sure to try it during your holidays in southern Italy where it is a staple on every menu. 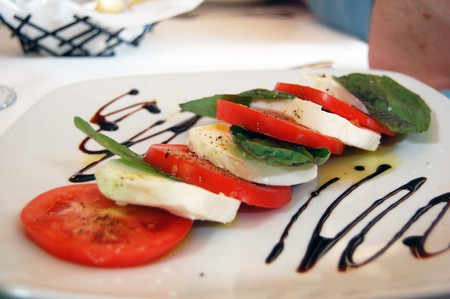 Decidedly less of a vegetable entrée and more of a grain, insalata di riso, or Italian rice salad, crops up at seaside restaurants, potluck dinners and is everyone’s favourite leftover during the summer months. This hearty dish is a colourful combination of dozens of ingredients and varies on personal preference: it’s great for vegetarians, with a number of diced fresh and tinned vegetables, cheese and eggs, though it often includes deli meats such as ham or hotdogs, or tunafish, for a more complete meal. The true flavour of the ingredients shine through and this salad is only dressed with a little salt and olive oil. 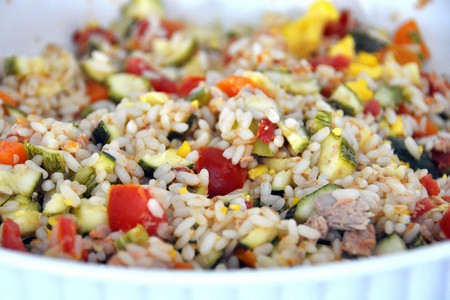 This delightful Sicilian dish makes the most of Italy’s prime summer vegetables – the aubergine. Caponata is one of the most beloved dishes in Sicily, alongside parmigiana di melanzane (aubergine parmesan) and pasta alla norma (pasta with tomato sauce and aubergines), and is a delightful side dish with unique flavours. Caponata consists of stir-fried aubergines, tomatoes, and celery cooked down with vinegar and a dash of sugar to create a sweet and sour sauce. Sometimes red and yellow bell peppers can be added for more substance, along with a handful of olives or capers to off-set the sweetness of the tomatoes. 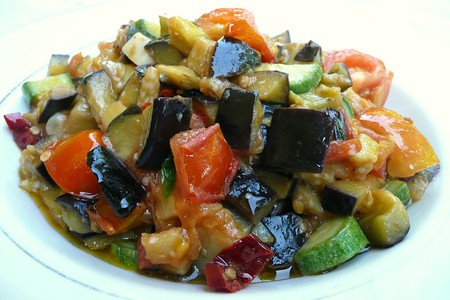 Another tasty dish that is a cross between a vegetable dish and a salad is Tuscan panzanella, or bread salad. This summer dish combines hunk of stale bread, tomatoes, onions and basil, along with generous amounts of olive oil and vinegar to soften the bread and meld the flavours. Like many Italian dishes, panzanella is born out of a desire to reuse simple or stale ingredients in novel ways and this dish is much more delightful than it may appear: it is at once fresh, hearty and light – an easy lunch to enjoy during the hottest days.

Summer in Italy is synonymous with the sea, which means fish and crustaceans are in high supply along the entirety of the country’s jagged coastline. Spaghetti alle vongole (spaghetti with clams) is a summer classic and is best enjoyed with your toes in the sand and a view onto the crystalline Mediterranean sea. For this recipe, clams are sautéed with garlic, oil and a touch of chili and served – with their shells – with spaghetti and a healthy dash of fresh parsley. Complement it with a glass of chilled white wine and you’ll feel immersed in a summer reverie no matter where you find yourself eating this dish. 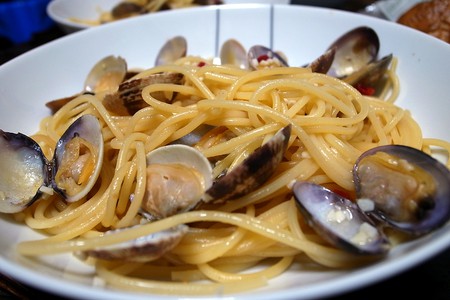 No list of Italian summer foods would be complete with the ultimate warm-weather dessert: gelato. Although you can – and should – enjoy gelato at any time of the year, it becomes a necessary daily ritual during the peak summer months. Bite into the succulent flavor of the summer’s tastiest fruits with a sorbetto, or dairy-free and fruit-based gelato, if you’re looking for something fresher and lighter, though no one will judge you if you order chocolate cream-based flavors. Gelato is healthier than ice cream anyways, right? 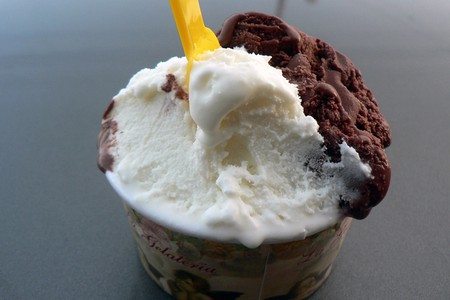 Gelato | © stu_spivack/Flickr
Give us feedback