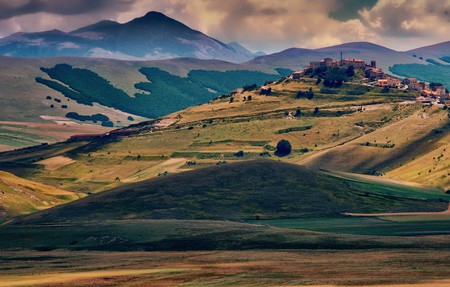 Visitors are captivated by Italy’s outstanding architecture, artistic masterpieces and food culture that other countries can only dream of, but what about its natural beauty? With gorgeous beaches, steaming hot springs, lush green countryside and even the occasional volcano, you could spend a lifetime exploring and never get tired. Satisfy your sense of adventure with these breathtaking landscapes unique to Italy.

Early morning just as the sun breaks is the perfect time to experience Rocca d’Orcia. Also known as Rocca di Tentennano, this medieval fortress is perched on a limestone outcrop and offers superb views of the surrounding Tuscan countryside. With rolling hills, olive groves, vineyards and an ancient Etruscan village to admire, there’s plenty of motivation to make the climb.

Lake Garda, the largest lake in Italy, is unsurprisingly one of the country’s most popular tourist destinations. Its narrow northern part is surrounded on one side by the imposing Monte Baldo mountain range while its southern basin is dotted with honeypot towns like Peschiere del Garda and Bardolino. Stunning views are easy to come across in this breathtaking part of the world, but the panorama from Monte Baldo is particularly spectacular.

According to one legend, the thermal springs of Saturnia were formed when the Roman god Saturn threw a lightning bolt to earth to subdue warring humans. In another story, the lighting bolts were thrown by Jupiter during a fight with Saturn; those that missed the target formed these dramatic hot springs. Whatever you believe, this picture perfect spot is the place to come for ultimate relaxation. Due to the water’s high mineral content, many locals swear by the spa’s therapeutic properties. 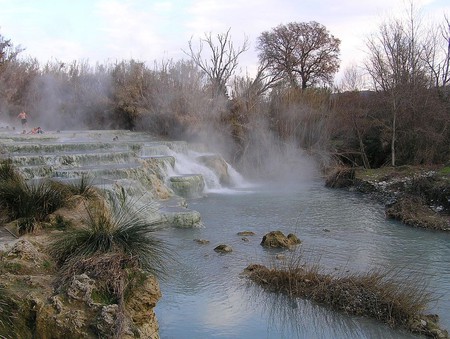 It’s thanks to a local fisherman, curious about two holes in the rocky Amalfi coastline, that we know about the Emerald Grotto. Although it didn’t remain unknown for long as since its discovery in 1932, visitors have been delighted by the enchanting emerald glow emanating from the water. As well as naturally formed stalagmites and stalactites, there’s also a nativity scene crafted by artisans from nearby Vietri.

The Scala dei Turchi is a tiered rock formation in southern Sicily. Over time, the sea and wind have eroded the soft rock into smooth terraces, giving the impression of a staircase. With Turkish pirates invading Sicily numerous times throughout history, the cliffs earned the name ‘Stair of the Turks’. Since featuring in the prime time detective show, Il Commissario Montalbano, the cliffs have become even more popular with tourists. 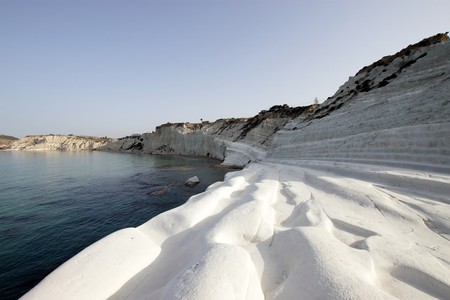 Aside from the occasional ski resort or secluded village, the Dolomites have remained largely undeveloped and their natural beauty unspoiled. Enjoy unique alpine flora, green pastures and dense conifer woods. The real stars of the show though are undoubtedly the mountains themselves – wait for sunset when the peaks take on a gorgeous red hue, a phenomenon the locals call enrosadira. 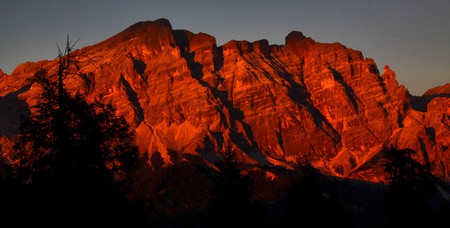 Thanks to the salty, shallow waters of the Stagnone Lagoon in Trapani, Sicily, the surrounding area is full of life. With many different species of birds, plants and fish making their home here, the lagoon and its four islands have a unique, natural beauty. The picturesque windmills and salt-pans quietly complement the area’s flora and fauna.

Along a 6 miles stretch of rugged coastline on the Italian Riviera lies Cinque Terre. Made up of five villages that have been built on terraces carved directly into the rock face, it’s a rare example of man-made construction actually enhancing natural beauty. Vibrant painted houses compete for space on the rock face, hikers follow nature trails along the hillsides and beyond and local fishing boats gently bob in the clear blue water. 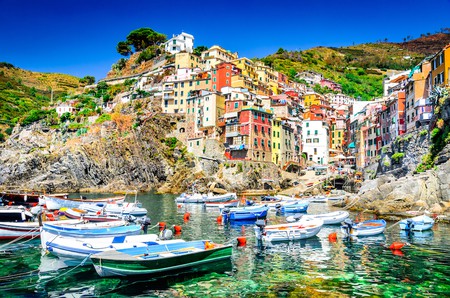 The southern region of Puglia that shapes the heel of Italy’s boot boasts miles of spectacular rocky coastline. One of the region’s many jewels is the Grotta delle Poesia, the Cave of Poetry. The story goes that a beautiful princess loved to bathe in the crystal clear water of this stunning sinkhole and that poets would travel from across Italy to be inspired by such an enchanting sight. 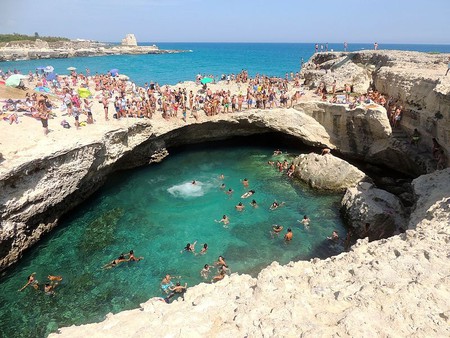 Standing 541ft tall, the Cascate delle Marmore, or Marmore Falls, is the world’s tallest man-made waterfall. Even more impressive, it was made by the Ancient Romans and dates back to 271 BC. Today it’s popular with hikers and tourists, who gather at the observatories at the top of the falls to see the massive rush of water that cascades when water that usually feeds a nearby power plant is redirected to the falls. 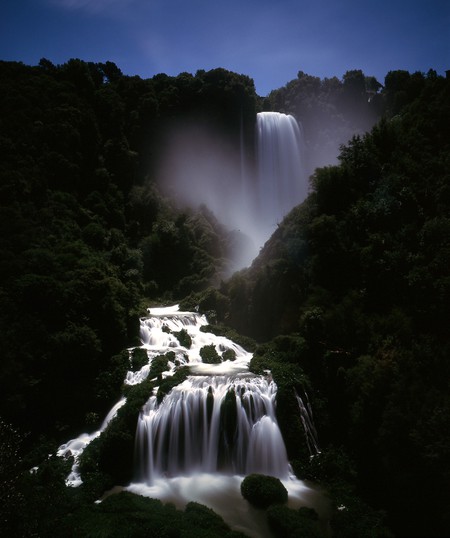 Sardinia’s Emerald Coast, or Costa Smeralda, regularly features in ‘best of’ polls and ‘top 10’ lists, and for a good reason – the pristine green-blue waters, rugged cliffs and silvery-white sand all make it a sensational holiday destination. Those in the know head to Spiaggia del Principe, or Prince’s Beach, a crescent of powdery-fine sand hugged by low vegetation-covered cliffs. This blissful spot was named after Prince Karim Aga Khan IV, who thought it the most beautiful part of the area.

At 10,922ft tall and covering an area of 459 square miles, Mount Etna is Europe’s largest active volcano. In fact, eruptions occur frequently, mainly in the form of small releases of gas but occasionally fiery lava makes it to the base of the mountain. Historic eruptions occurred in 122 BC and 1669, but it’s not all fire and fury. The surrounding national park encompasses flourishing vineyards and verdant forests, as well as lunar-like black and red lava deserts. 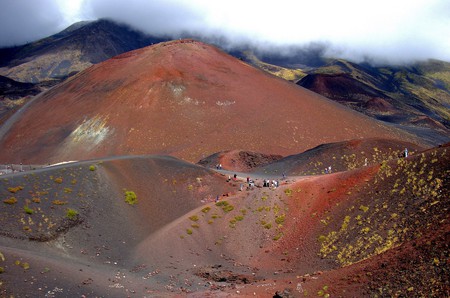