11 Must-Visit Sculpture Parks Around The World

Sculpture has long been integrated into gardens and parkland design, but in recent decades the concept of a ‘sculpture park’ has taken off. Historical landscape gardens and urban parks have been turned into picturesque outdoor galleries, in which visitors can stroll among works by modern masters like Claes Oldenburg, Antony Gormley, and Anish Kapoor. We profile 11 must-visit sculpture parks around the world.
The Gardens of Bomarzo
Park 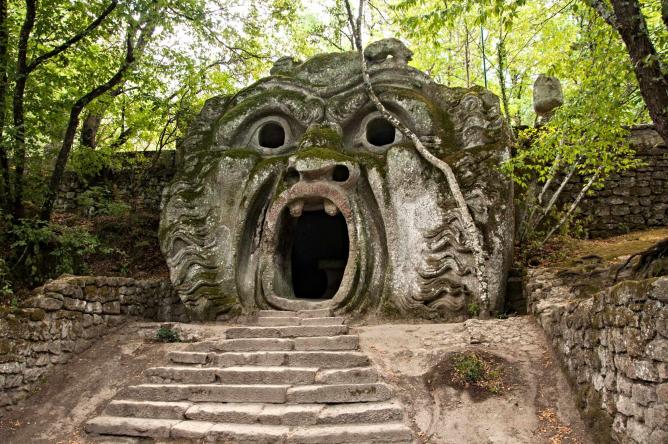 Lovingly referred to as the “Park of Monsters,” the Gardens of Bomarzo lie in a stretch of woodlands at the foot of a castle in the Viterbo region north of Rome. The Gardens were designed for Pier Francesco Orsini, a patron of the arts in the mid-16th century. Designed by the architect Pirro Ligorio, the park features fantastical sculptures of sirens, mythological beasts, nymphs, dragons, and giant fruits. Perhaps one of the strangest works of art is the great gaping mouth of Orcus, one of the gods of the underworld. 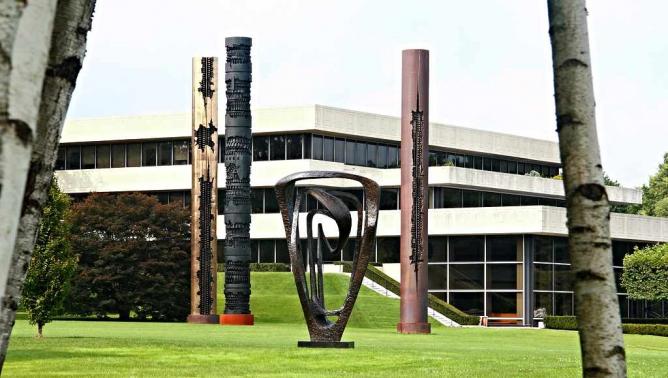 The Donald M.Kendall Sculpture Gardens are located about an hour from New York City in the small town of Purchase, on what was formerly a polo field. When PepsiCo moved from Manhattan in 1970 and brought their headquarters to Purchase, the then-CEO was Donald M.Kendall. It was his idea to surround the company base with a sculpture park. There are now 168 acres of lawns, gardens and ponds open to the public to explore. There are 45 pieces of sculpture on show, including works by Henry Moore, Alberto Giacometti, Alexander Calder, Henri Laurens, Claes Oldenburg, Joan Miró, and Auguste Rodin. 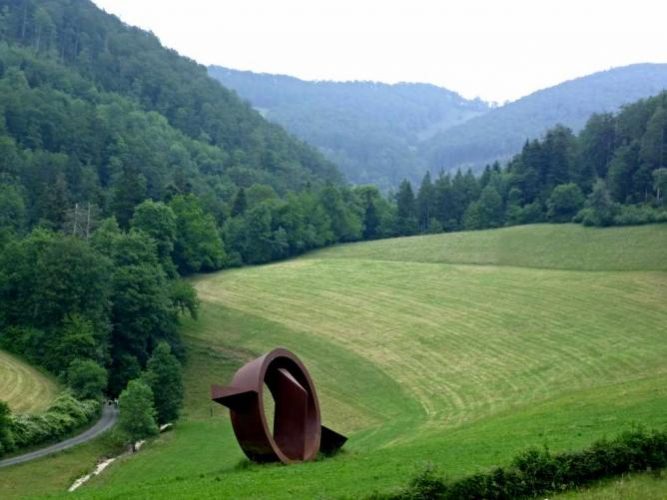 The Schoenthal Monastery in the Jura Hills of Switzerland now operates as an exhibition space for lectures and artistic retreats. In the landscape surrounding the monastery is a sculpture park with works dotted along the various trails and paths. The concept behind all of the works is to create sculpture that harmonizes with the natural landscape in some way. There are currently 31 pieces created by 22 leading Swiss and international artists which can be found in the 100 hectares of land around Schoenthal. To see all of them will take around four hours. Amongst the exhibited sculptors are Ulrich Ruckriem, Erik Steinbrecher, David Nash, Nigel Hall and Martin Disler.

The Rock Garden of Chandigarh

The Rock Garden is the creation of Nek Chand, a civil servant who built this slightly mad sculpture garden in his spare time. He started in 1957, working in a gorge in a conservation area which made his creation illegal. He kept it secret until it was discovered in 1975, at which point the authorities moved to have it destroyed. Since then they’ve come around to the idea of promoting the amazing work of Chand. All of the sculptures in the garden are made from recycled garbage, retrieved from dumps around the city. You’ll find sculptures of gods, monkeys, human dancers, and odd creatures with waterfalls and miniature villages. 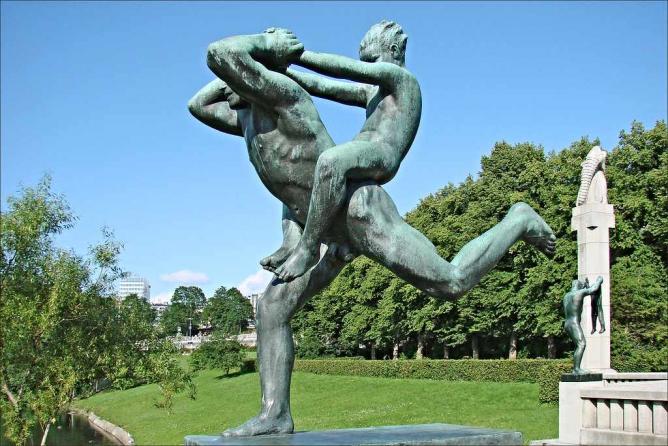 Often incorrectly titled the Vigeland Sculpture Park, the Vigeland Installation forms part of the huge Frognar Park in Oslo. It stretches over 80 acres and is the largest sculpture park in the world to feature the work of just one artist. Gustav Vigeland worked in Oslo from the late 19th into the 20th century, until his death in 1943. He oversaw the early development of the park, which wasn’t competed until 1949, with 212 of his works in place. Made from bronze, granite and cast iron, the installation includes famous pieces like the Angry Boy, The Wheel of Life and The Monolith. 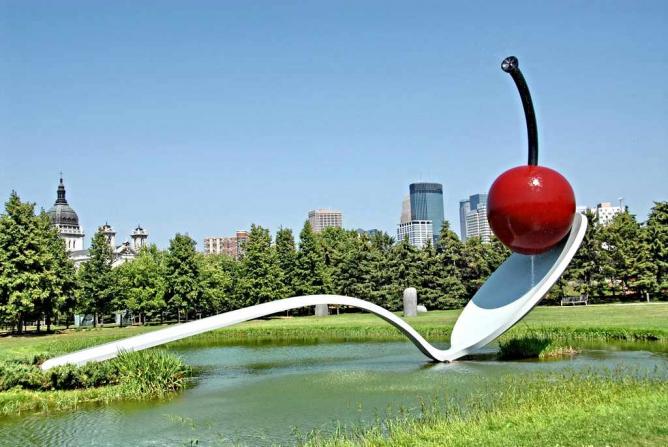 The Minneapolis Sculpture Garden is operated by the nearby Walker Art Gallery, and features 40 pieces from their collection. Opened in 1988, the Garden is one of the major sculpture parks in the USA to boast an urban location. The Gardens are connected to Loring Park and also house the Colwes Conservatory, and are spread over 7.5 acres. The iconic sculpture that forms the centerpiece of the park is Spoonbridge and Cherry by Claes Oldenburg and his wife Coosje van Bruggen. Other artists to be on show at Minneapolis include Sol LeWitt, Judith Shea, Dan Graham, Frank Gehry, and Henry Moore. 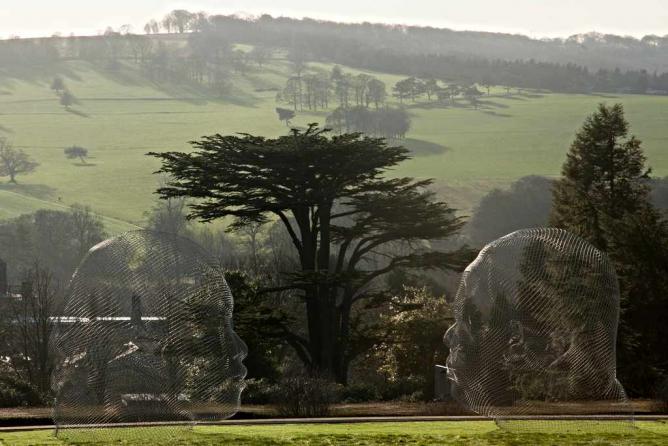 Yorkshire Sculpture Park lies in the magnificent landscaped grounds of Bretton Hall near Wakefield in northern England. It was the first sculpture park in the UK, opening in 1977 as a gallery without walls. Since then, the Park has consistently won awards from leading arts organizations, including the 2014 Museum of the Year Award from Art Fund. The sculptures on display are set across the 500 acres of the Park, and are constantly changing. Artists with strong links to this part of Yorkshire like Barbara Hepworth and Henry Moore are often on show, as well as Ai Weiwei, Andy Goldsworthy, Anthony Caro, Antony Gormley and Leo Fitzmaurice.
More Info
Wakefield, England, WF4 4JX, United Kingdom
+441924832631
Visit website
Visit Facebook page 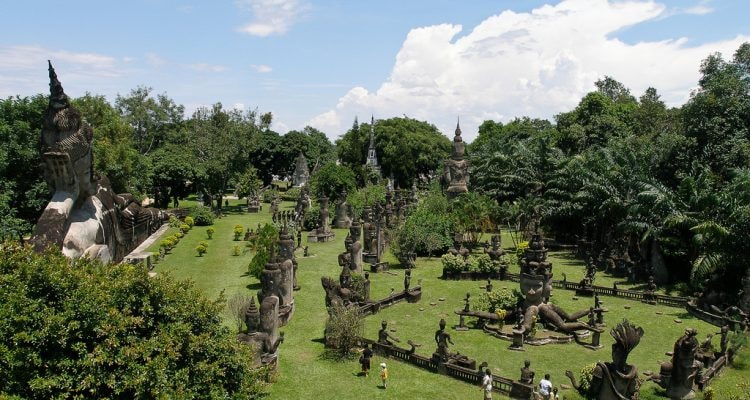 The Buddha Park is around 25 kilometers from Vientiane in Laos, on the banks of the Mekong River. The Park is full of bizarre sculptures that reflect the religious interests of the founder, Luang Pu Bunleau Sulilat, who began the work on the Park in 1958. He was interested in merging the beliefs of Buddhism with those of Hinduism, so you’ll find concrete sculptures of the Hindu gods, demonic figures, strange zoomorphic creatures, and many of the Buddha, including a 40-meter-long reclining Buddha. There’s also a huge pumpkin sculpture, which can entered through the mouth of a demon leading to three floors representing earth, heaven and hell. 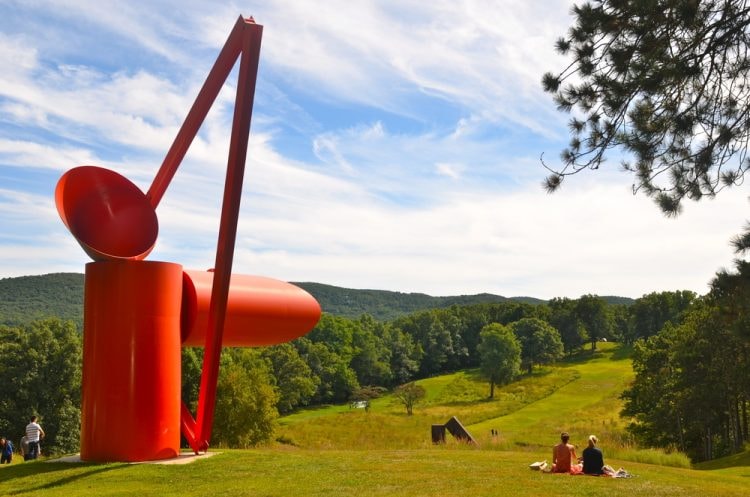 Storm King Art Center lies in the Lower Hudson Valley in New York State. With over 500 acres of parkland and 100 sculptures, it is one of America’s leading open-air galleries. Originally, though, the Art Center was founded in 1960 by Ralph E. Ogden as a museum for the works of the Hudson River School of painters. Originally the park spread out over 250 acres, with the Star Expansion Company donating a further 250 in 1985. The Art Center takes its name from the mountain that sits on the west bank of the Hudson River. Among the artists whose work is on show are Mark di Suvero, Alexander Calder, David Smith, Roy Lichtenstein, and Louise Nevelson. 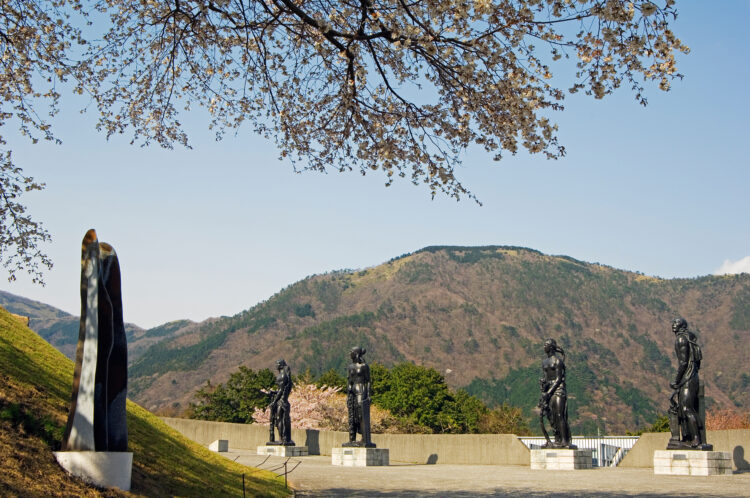 The Hakone Open Air Museum opened in 1969 as Japan’s first open-air museum. Hakone sits on southern Honshu, around 90 minutes on the train from Tokyo. The Museum boasts around 120 works dotted around 70,000 square meters, with an indoor Picasso collection of around 300 pieces as well. The sculptures are laid out against a backdrop of mountains and include 26 works by Henry Moore, one of the largest collections of his work in the world. Rodin, Carl Milles, Arnoldo Pomodoro, Joan Miro, Gabriel Loire, and Antony Gormley are also represented in the park. 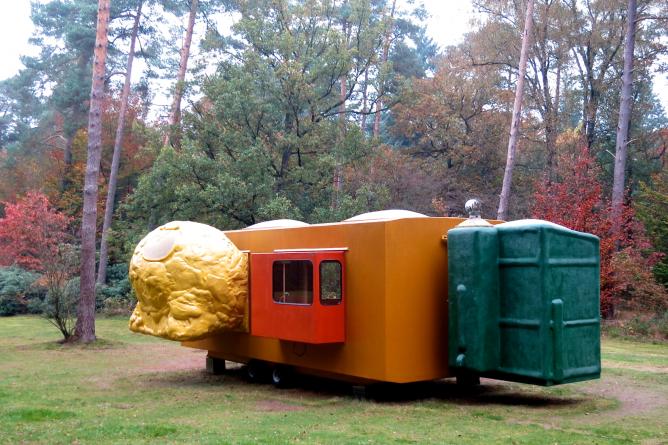 The Kroller-Muller Museum is home to one of the major collections of van Gogh works in Europe. It’s also home to one of the largest sculpture parks in Europe, with 75 acres of parkland and ten pieces of sculpture on show. The Museum is in the Hoge Veluwe National Park in the Netherlands and was founded in 1935 when Helene Kroller-Muller donated her art collection to the state. In 1961 the sculpture garden was opened with the works of the great international masters of the 20th century represented – Rodin, di Suvero, Oldenburg, Moore, Jean Dubuffet, and Joep van Lieshout, amongst others.
More Info
6 Houtkampweg, Otterlo, Gelderland, 6731 AW, The Netherlands
+31318591241
Visit website