Reasons Why You Should Visit Lucca, Italy 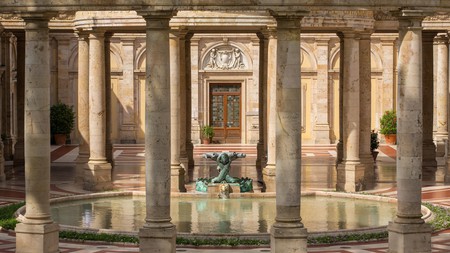 Full of history, culture, fine architecture and equally fine food, the Tuscan city of Lucca is a delight to visit – whether on a day trip or in its own right.

Just over an hour’s train ride or drive from the Tuscan capital of Florence – and only 30 minutes from Pisa and its leaning tower – Lucca is sometimes overlooked in this high-flying region of rich cuisine, Renaissance art and intricate marble cathedrals. yet the so-called city of 100 churches charms those who make the short trip there, thanks to pretty, cobbled piazzas, shady avenues, historic villas and energetic terrace bars.

Although it’s nestled cosily within a more rural part of Tuscany, Lucca is wonderfully easy to reach on a day trip from nearby Italian hubs such as Pisa and Florence. The same is true if you’re enjoying some beach-time at one of Tuscany’s vibrant coastal towns like Cecina (one hour by car) or Viareggio (30 minutes by car or 20 minutes by train). Just don’t be surprised if your day trip evolves into several days or longer.

The architecture is spectacular 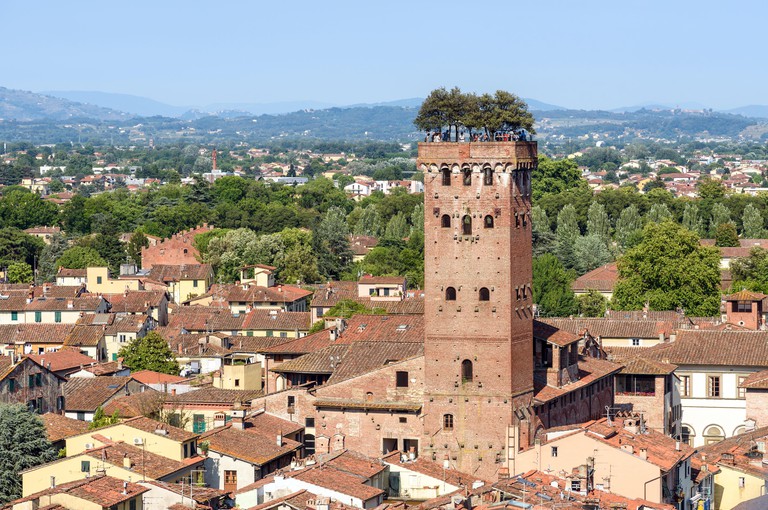 Lucca is blessed with a rich and diverse array of historical buildings, such as the 45m (125ft) romanesque-gothic Torre Guinigi – notable for its oak tree-clad rooftop and 232 steps. As well as the city’s medieval skyscrapers, it’s demarcated by 13th-century city gates like the chunky Porta San Donato. And it’s not just the buildings that make an impact: a short drive north of the city is Ponte della Maddalena, a bridge that appears to be bending upwards into the sky and on the verge of snapping in two – a true architectural spectacle.

There are loads of museums to choose from

Those craving a cultural fix will be kept busy during their time in Lucca. The Puccini Museum celebrates the life and music of one of Italy’s foremost composers, Giacomo Puccini – born in Lucca – while the Lucca Center of Contemporary Art, located in the 16th-century Palazzo Boccella, is brimming with innovative visual work. For something more challenging, thought-provoking and sometimes controversial, the Museo della Follia examines how mental illness and the concept of madness have influenced art across the ages.

The opulent villas will make you feel like aristocracy

Pretend you’re a Renaissance-era aristocrat for the day by wandering around some of Lucca’s unashamedly lavish villas. Among the most impressive is the 16th-century Villa Torrigiani, adorned with intricate frescoes inside and an alfresco theatre in the garden. Then there’s the baroque-styled Villa Mansi, with a striking façade and beautifully manicured gardens. At Villa Reale meanwhile, a former royal palace (hence the name) sits bordered by reams of verdant parkland.

No trip to Lucca is complete without visiting some of its magnificent churches. Despite its nickname, there aren’t 100 churches in Lucca – but with Renaissance, gothic, medieval and romanesque examples across the city, you’d be forgiven for believing it. The striking Duomo, near the city’s heart, features a mix of architectural styles – with an early Renaissance chapel, a gothic nave and a traditional Tuscan campanile, or bell tower. It’s also worth making time to head northwest out of the city to visit Certosa di Farneta (a 20-minute drive and not much longer by public transport), a monastery surrounded by gorgeous countryside which was the site of a tragic Nazi invasion in 1944. 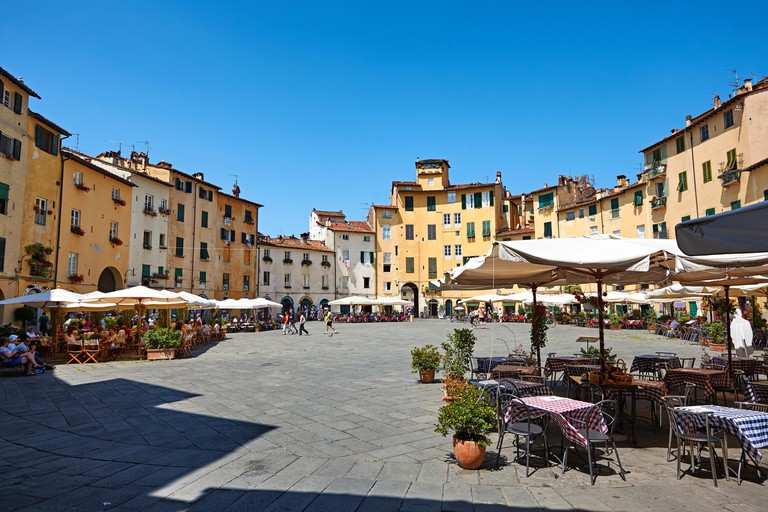 A favourite moment of the day for both locals and tourists, aperitivo time is a blissful period in the early evening where people gather for a pre-dinner drink and perhaps a snack. And the best place to enjoy your spritz is in a classic, buzzy Italian piazza (square). Lucca is blessed with a few such spots, most notably the oval Piazza dell’Anfiteatro and sycamore-framed Piazza Napoleone, overlooked by the vast Palazzo Ducale palace complex. Both have a good choice of bars and cafes nearby from which to savour your chosen aperitivo and people-watch for a couple of hours.

Lucca's signature food is a cake

It’s hard to imagine a trip to anywhere in Italy that’s not heavily focused on food – and Lucca makes no exception. Here, this means tucking into specialities that belong to the region, particularly its signature dessert: castagnaccio, a traditional cake made with chestnut flour, pine nuts, rosemary, olive oil, raisins and other additions depending on personal taste – everything from walnuts to fennel seeds to orange zest can find its way in the mix. As for where to eat it, there’s an almost-unanimous local view that Pizzeria da Felice serves the best castagnaccio in town.

You can soak in thermal spas

No matter how many churches, towers and aperitivos Lucca has to offer, there’s no holiday that can’t be improved by adding a dip into hot thermal spring water. That’s where Montecatini comes in. With a history of thermal spas dating back to Roman times, the town of Montecatini Terme (around 30 minutes away by car) has become one of Italy’s most famous hotspots – literally – thanks to this rejuvenating practice. Head to this elegant town, submerge yourself in the naturally warm water and let the healing commence.

Lucca may not be as famous for wine production as the likes of Piedmont and Montepulciano, but that doesn’t mean there aren’t lots of great local vinos waiting to be sampled. One of the most well-known names in the area is Colline Lucchesi, a wine zone in the hills to the north and northeast of Lucca that produces a dry, smooth Rosso DOC and delicate, dry Bianco DOC that are both extremely well-received around Lucca and beyond. You’ll see why after your first few sips.

You can take day trips into nature 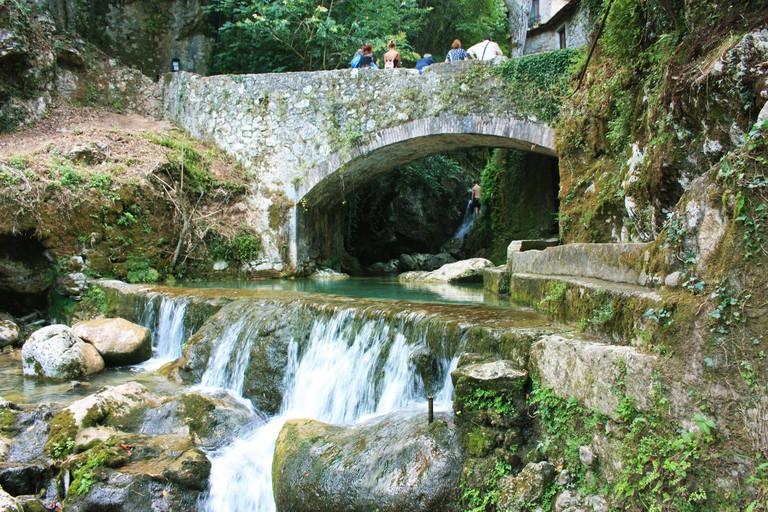 Exploring the great outdoors is easy with Lucca as a base, though you’ll need a car to make the journeys as simple as possible. A highlight is the Candalla waterfalls in Camaiore (a 40-minute drive from Lucca), a raw and rugged site of small but glorious waterfalls tucked away in a forest glade. Lago di Massaciuccoli (35 minutes by car) is a lake near the coast, whose surrounding wetlands and marshes can be explored via a series of walkways. For out-and-out hiking, make the hour-long drive out to Monte Pisano, a group of mountains with countless walking routes that show off the natural beauty of the area, including views of the Apuan Alps to the north.

To explore more of Italy, discover the best luxury hotels on the Amalfi Coast, or the best hotels in Positano. These are bookable with Culture Trip. During your stay, explore the best things to do in Montepulciano, and relax on the best beaches in Rome accessible by public transport. Make sure to also visit at least one of the 10 best coffee shops in Rome.