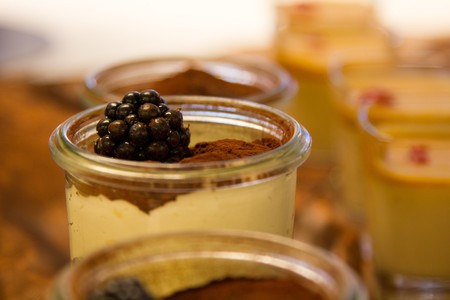 The cuisine of Italy is famous throughout the world, but most people are more familiar with the savoury dishes such as pizza and pasta. There are also many sweet delicacies hailing from all around the Italian peninsula. Here are 10 Italian traditional treats to sample on your next trip.

Probably the best known of all Italian puddings, tiramisù literally translates as ‘pick me up’ due to the mood-lifting combination of coffee, cocoa and sweet mascapone. Origins of the recipe are vague, but most accounts agree that it came from the town of Treviso in the Veneto region during the 1960s. Others claim that it can be traced back as early as the 17th century. Nowadays tiramisu is a staple found on all Italian menus in varying forms, with some serving it in a cake-style from a large tray and others preparing it in individual cups or glasses. Versions can also be found using fruit such as strawberries or even Nutella. 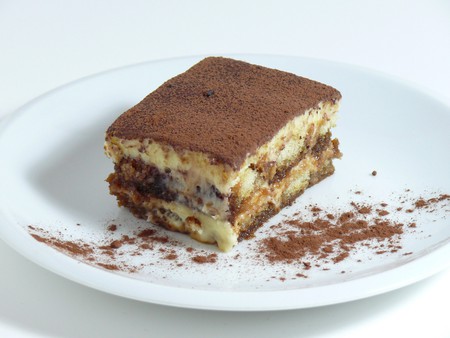 Panna cotta (which means ‘cooked cream’ in Italian) is prepared by warming thick cream with sugar and gelatin, forming it into moulds and chilling until set. The cream mixture may be infused with spices such as vanilla or coffee and is often topped with a fruit coulis, chocolate or caramel. A good panna cotta should have a rich, thick consistency and a pleasing wobble when the plate is shaken. 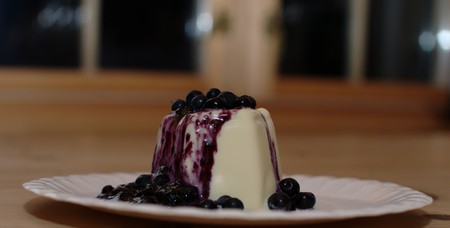 Tartufo is a frozen dessert which orginated in Pizzo, a small town in the southern region of Calabria, when King Vittorio Emanuele II visited for an aristocratic wedding. There were not enough cups to serve the gelato dessert to hundreds of people at the celebratory dinner, so the chef devised a version which could be served on a plate by coating the ice-cream in a chocolate shell and refreezing before serving. The dessert is typically made with two flavours of gelato, with a fruit syrup centre and coated with chocolate or nuts. Tartufo is the Italian word for ‘truffle’ as the dark, spherical form recalls the shape and colour of black truffles. 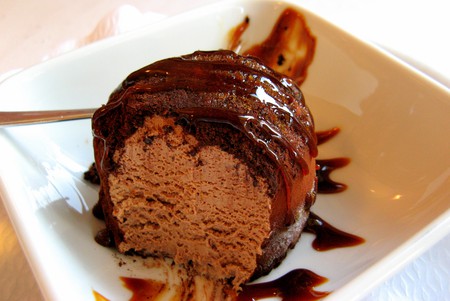 Also known as zabaglione this traditional dessert can be served warm or cold. It is made with egg yolks beaten together with sugar and a sweet wine, usually marsala, until light and airy. Zabaione has been prepared in Italy since the 15th century and is popular both as a dessert served with fruit or sweet biscuits, or as a gelato flavour. 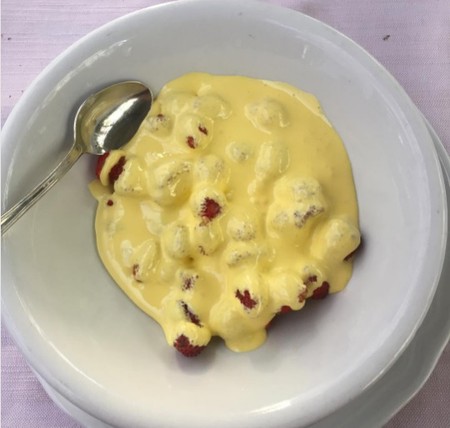 Pastiera is a traditional cake made in the area of Naples, and it is likely to have originated during ancient times for the Pagan celebrations of springtime. Nowadays it is traditionally eaten at Easter, but sometimes can be found throughout the year. It has a shortcrust pastry base and a filling made from cooked wheat, ricotta cheese and candied fruits. It is often flavoured with cinnamon or orange water. 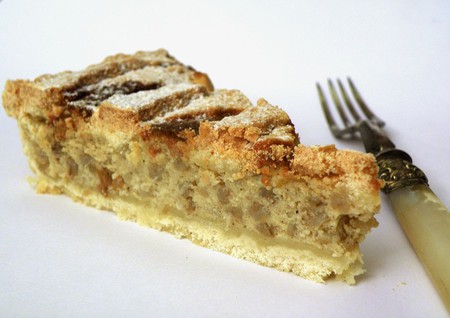 Cassata is a vivid green dessert from Sicily which is prepared either in one large cake or smaller, individual portions (cassatine). It uses traditional Sicilian ingredients including citrus fruits, ricotta and almonds. The recipe involves layering sponge with a filling of sweetened sheep’s milk ricotta cheese mixed with chocolate chips. This is then covered with a layer of marzipan and icing and decorated with candied fruits, giving it a bright, distinctive appearance. 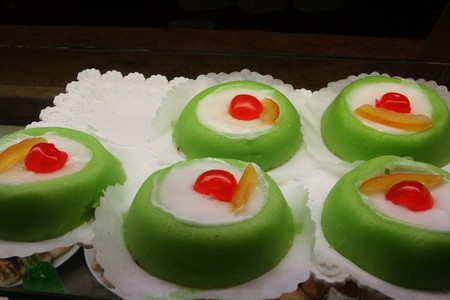 Sardinia’s most famous dessert is large pastry ravioli made from semolina flour which are stuffed with sheep’s cheese and lemon zest and then deep fried. They are served warm and drizzled with honey to create a delicious balance between sweet and savoury. They can be found all over the island of Sardinia but are rarely found on Italy’s mainland. 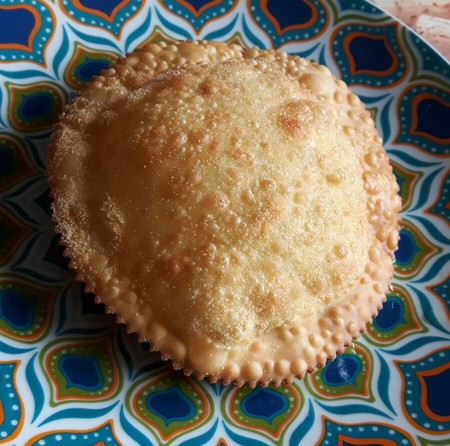 The mimosa cake is formed by layers of sponge alternated with a light custard, mixed with whipped cream and covered with small cubes of yellow sponge. The appearance of the cake evokes the mimosa flower, which is the symbol of the Festa della Donna (International Women’s Day) celebrated each year on 8th March. Torta Mimosa is widely sold at the beginning of March but can be found in throughout the year in pastry shops. 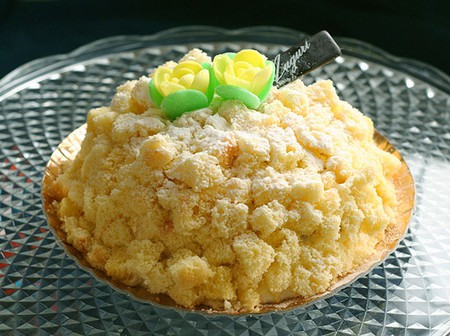 One of Naples’ best-known sweets is the Babà al Rum, or Rum Baba. It is a rich, spongey cake, prepared in individual cylinder shapes, which once cooked are soaked in a sweet syrup infused with rum. They are generally served with freshly whipped cream, jam or fresh fruit. Despite now being synonymous with Naples, the Baba originally came from Eastern Europe and the dish is also still prepared in Poland and the Ukraine. 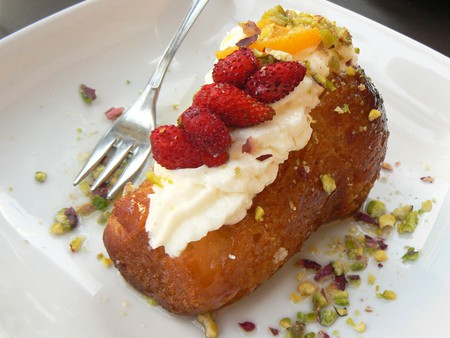 Better known as biscotti outside of Italy, cantucci are hard, twice-cooked biscuits which come from the Tuscan town of Prato. The original version uses almonds but variations can be found with hazlenuts, pistachios and even chocolate chips. Although not strictly a dessert, they are often served at the end of a meal when they are softened by dipping in Vin Santo, a sweet, syrupy dessert wine from Tuscany. 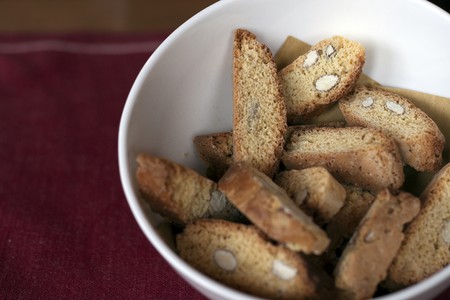 Cantucci biscuits | © visittuscany/Flickr
Give us feedback