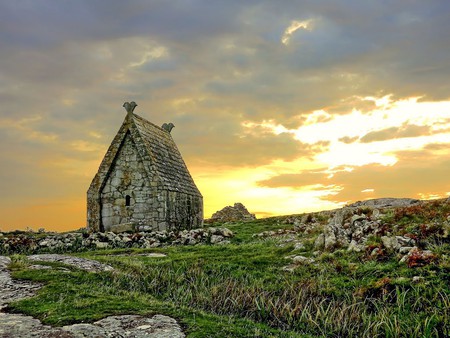 Every year in July, fishermen and other seafarers journey to a tiny island off the coast of Connemara’s Carna Bay to pay homage to a local saint. Here’s why.

The tiny, uninhabited Oileán Mhic Dara – or St. Mac Dara’s Island – is said to have once been home to Sinach Mac Dara, the patron saint of the south Connemara parish of Moyrus. This 6th-century hermit saint cuts something of an enigmatic figure, with little in the way of historical records to illuminate him. But what is known for sure is that St. Mac Dara is believed to offer protection to sailors, fishermen and all who brave stormy seas. 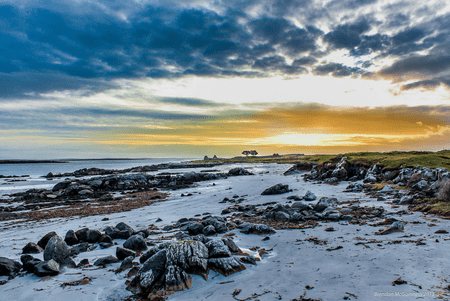 According to Tim Robinson, author of the book Connemara: A Little Gaelic Kingdom, this association may stem from the fact that the saint’s first name of Sinach is close to the Gaelic word síon, meaning stormy weather. He refers to old Irish folklore that suggested St. Mac Dara could be provoked into subjecting storms on those who didn’t defer to him through the old tradition of dipping your sails three times when passing by the island. 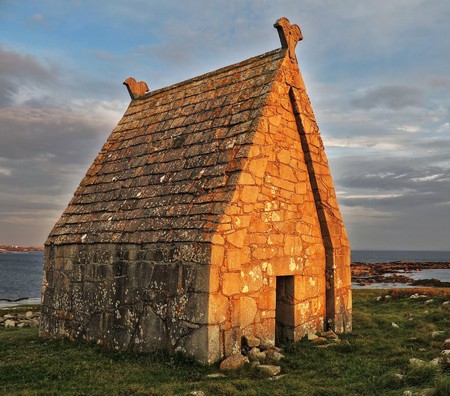 One account, written by the Irish historian Roderic O’Flaherty (1629–1718), stated that in 1672 ‘a certain captain of the garrison of Galway’ neglected to dip his sails and ended up being killed in a shipwreck. Thanks in large part to stories like this, the old tradition is as widely respected now by Connemara boaters as it ever has been. 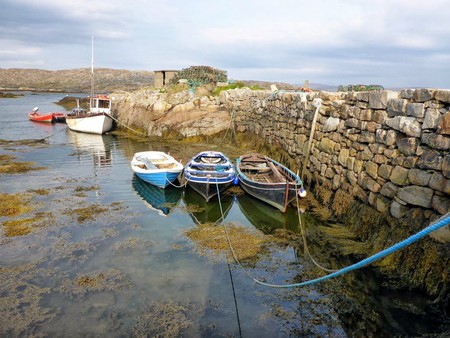 Equally, the annual festival held in his name is one of the most important days on the region’s calendar. Imbued with a deep sense of shared local custom and spirituality – and believed to keep mariners safe throughout the year – this unique celebration has even been featured in The New York Times. 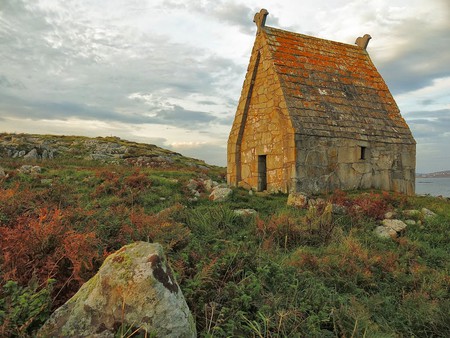 On July 16th every year, crowds make the journey from the village of Carna on the mainland to St. Mac Dara’s Island, either being piloted by charitable fishermen or paddling their own canoes (and other small boats). Once there, a mass is held in honour of his life, outside the ancient stone oratory – restored during the 1970s – that also bears his name.

Afterwards, celebratory picnics take place – weather permitting – and then it’s time for the Féile Mhic Dara regatta for Galway Hooker fishing boats. Races also take place for currachs, another type of boat common on the west coast of Ireland. Participants enjoy some time on the island before being ferried back home in the afternoon, where festivities continue in Carna in the form of live music and céilidh dances. 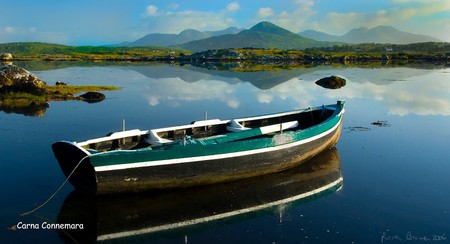 An announcement in 2016 stated that students at the respected Bartlett School of Architecture at University College London would design a re-interpretation of St. Macdara’s Oratory on the mainland, to allow for the feast day celebrations to still occur even in bad weather. However, it’s unclear whether St. Mac Dara would approve of the move – Robinson states that when the event took place on another island in 1907, a boat sank, killing eight people.